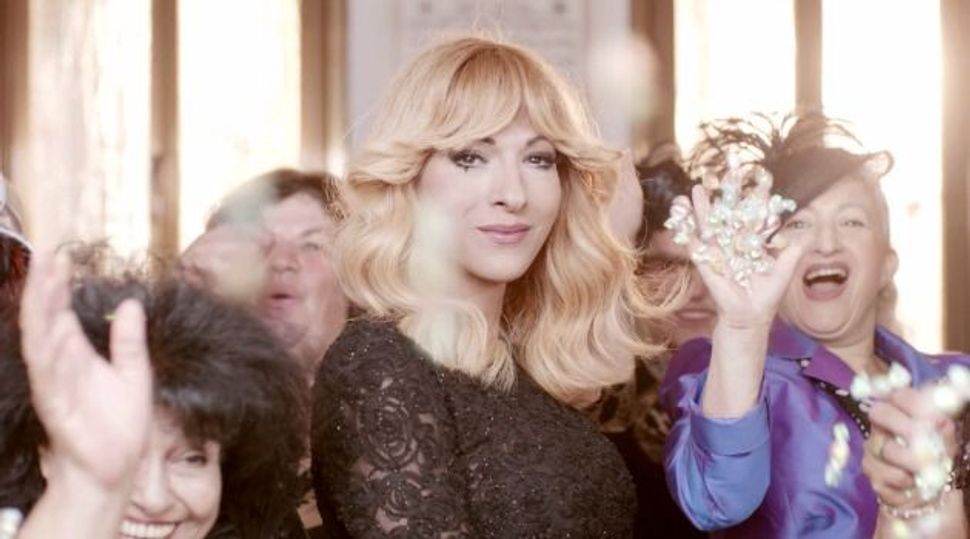 Dana International, Israel’s most famous transgender pop star, has managed once again to draw International media attention. Her latest video for “Yeladim Ze Simcha” (‘Children are Joy’) is causing controversy in Israel and beyond, after parents of the religious Jewish children featured in the video claimed they didn’t know their kids were shooting a music video for the transgender superstar.

The song, which was recorded by Dana especially for Gay Pride, is a cover version for a classic Mediterranean song by Middle Eastern music group “Habreira Hativit,” and it’s no coincidence that the song was released on the same week as Gay Pride. The message of the song is “bring as many children as you’d like to the world, because children are happiness.” Of course, when the words are sung by the most famous transgender in Israel, they capture an extra meaning, almost a satire, towards marriage equality and surrogacy equality in Israel, which has been a burning social issue over the past year.

The video, which was produced by Tel Aviv Municipality, features real Hassidic kids in a bar mitzvah service of International’s supposed son, Raam International. The service goes bad as too many celebratory candies thrown at Raam wound him and draw blood.

According to Ynet, the parents of the kids who participated in the video were invited this week to their children’s religious school for a reprimand about having their kids participate in a Dana International video clip. The parents claimed that they were invited by Tel Aviv Municipality to participate in the video, and it was presented to them as a clip that represents Jewish values, and especially Bar Mitzvah. The parents claimed that they had no idea that it’s a clip for Gay Pride.

Shai Kerem, Dana International’s manager has commented on the story claiming that the video’s goal was indeed to embrace Jewish tradition in an Israel-loving way, just as Dana always has, and that the issue has been raised with only three out of the 17 kids who participated. “I’m proud of religious parents who sent their kids to be in a video with Dana. It shows that Israeli society is progressing and becoming more enlightened.”

“Love they neighbor as thy self, that’s the whole Torah on one foot,” Kerem added.

Despite the controversy, Dana herself does not regret choosing the concept for the video. “There’s something in this openness, in the understanding and the acceptance, that a house of prayer is a place that belongs to everyone. God doesn’t make a selection between people who want to have a spiritual experience and come to the synagogue to pray,” Dana said in a statement that accompanied the song’s radio release. “Since I was a child I haven’t been to a synagogue and it’s still one of my pleasant childhood memories, going there with my grandfather on Shabbat.”

See the video for yourself below: