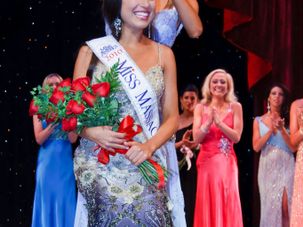 In the 89-year history of the Miss America pageant, there has been only one Jewish winner: Bess Myerson, in 1945. On January 15, there may be another: Loren Galler Rabinowitz, Miss Massachusetts. 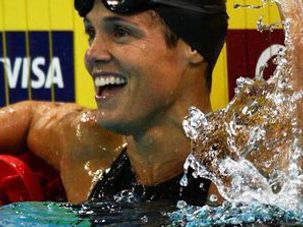 Dara Torres made a splash over the weekend at the U.S. Olympic Swimming Trials in Omaha, Neb. She not only qualified for two individual events at the 2008 Beijing Olympics — her fifth time at the games — but she also won the finals of the 50-meter and 100-meter freestyle events, and set the American record in the 50-meter free. 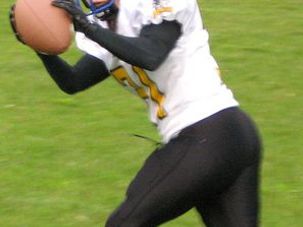 When asked during Seder this year, “Why is this night different from all other nights?” Miriam Gable could have answered, “Because I’m missing the first game of my professional football career.” But there was no bitterness — or uncertainty — that Passover would prevail over her season opener. 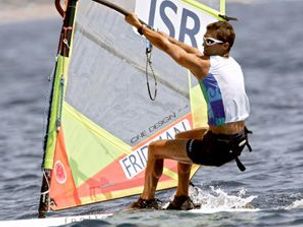 Israel’s only Olympic gold medalist, Gal Fridman, will not go to Beijing this summer to defend his 2004 windsurfing title. Instead, the country’s lone male sailboarder will be 21-year-old Shahar Zubari of Eilat, who secured the right to represent Israel by capturing a bronze medal in January in this year’s World Championships in New Zealand.

His Path: From Jewish Camp to the Oscars

Often, the biggest question at the Oscars besides “Who’s going to win?” is “Who is that?” followed by the thought: “Wonder what he’ll be doing next year.” 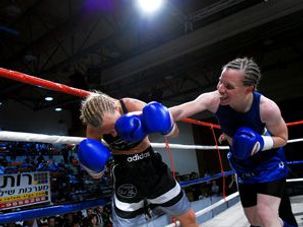 Later this month, Israel’s Hagar Finer will have what she calls “the biggest opportunity” of her professional boxing career.

Before the Beach Boys, before Frankie and Annette, there was Gidget, the spunky girl surfer who sparked a national obsession with beach culture. But Gidget was neither Sandra Dee, who played her in the 1959 film, nor Sally Field, who played the role on the television series that ran from 1965 to 1966. The real Gidget — on whose diaries the best-selling book, the hit movies and a TV series were based — is Kathy Kohner Zuckerman, the daughter of Czech Jews who fled Europe during the rise of Nazism. She is the descendant of kohanim. And her middle name, Klara, honors her great aunt, who died in the gas chambers.

Israel Goes To the Mat For Peace

In 2005, Haim Gozali became the first Israeli to compete in the Submission Wrestling World Championships, an event created in 1998 by Sheikh Tahnoon Bin Zayed Al Nahyan of the United Arab Emirates to determine which combat-sport athletes had the best grappling skills. It is held every two years and is sponsored by the Abu Dhabi Combat Club.

When your father is an American fencing icon and your mother is a Holocaust survivor, the 1972 Munich Olympics might seem significantly poignant. Especially if you had met Andre Spitzer, the Israeli fencing coach, just days before he and 10 of his countrymen at the games were killed by terrorists.

For 14 weeks in the middle of the Great Depression, young Joe Weider sent payments for a 100-pound weight set that he could barely afford. After mailing the final deposit, he came home five or six times a day to see whether the weight set had arrived. After it had, his mother did what any Jewish parent might have done. She said, “No,” and hid it, for the delivery came on a Friday and she knew too well that he would have violated the Sabbath had he known.