Dr. Elana Maryles Sztokman is an award-winning author and feminist researcher, educator and activist. She is currently studying to become a rabbi at Hebrew Union College in Jerusalem, and is blogging about her journey at www.jewfem.com 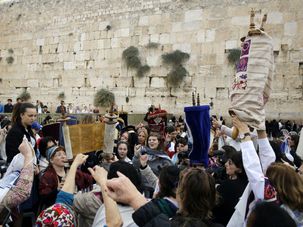 As someone who spent over 20 years advocating for women’s leadership, I have a keen interest in seeing women gain religious authority. 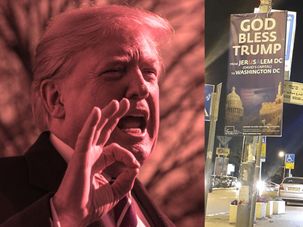 When I witness the “Only Israel matters” approach to politics, I am reminded once again of how little women are valued in the Jewish community. 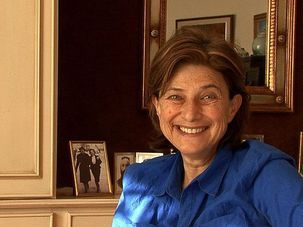 For Women, Gender Bias Continues Even In Death

Elana Sztokman notes the absence of women from 2015 obituary pages worldwide and urges us to make sure women’s notable achievements are not forgotten. 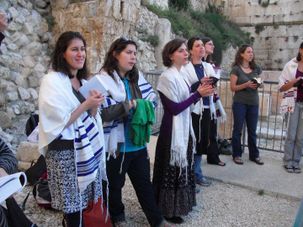 In advance of Israel Independence Day, Elana Maryles Sztokman argues that the Zionist dream of Jewish autonomy and freedom in a national homeland is currently only realized by men. 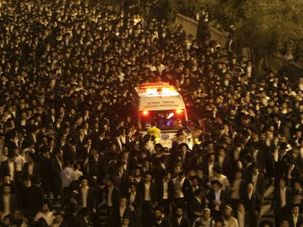 Rabbi Yosef Shalom Elyashiv is revered by many as a great leader. But for women, his ideas and rulings were often the cause of enormous pain.

Keeping Young Women Hidden — at the Expense of Their Bodies

Despite my earlier post, it now appears that Rabbi Yizhak Silberstein did support the idea that a girl whose mother refused to buy her “religious clothes” should cut her legs in order to force the mother’s hand. An apparent recording of the rabbi’s discussion of this topic surfaced on the Internet today, in which he says that girl deserves the “highest praise” for sanctifying God’s name with her absolute dedication to Torah.

Did a Rabbi Permit Self-Mutilation To Promote 'Modesty'?

Ynet has a troubling story about a high-profile rabbi in Israel who gave advice to a young woman to cut her own legs in order to stay religious. The story, if it’s true, conflates male religious authority, extreme body cover and self-mutilation, and brings the discussions of the female body in Judaism to a whole new low. The problem is that this story may not be true, in which case instead of highlighting sexism in Orthodox Judaism, the story becomes an example of journalists’ sometimes overzealousness in their desire to attack religion by pretending to care about women. Especially given the recent history of media attitudes towards France’s burqa ban, the actions of certain journalists are no less troubling than those of religious leaders controlling the female body.

Orthodox Marriage Prep on the Agenda at Kolech Conference

My daughter is graduating high school today. This is a huge moment in life — probably more for her than for me, although I’m not sure — and the mass of thoughts and emotions are a bit overwhelming.