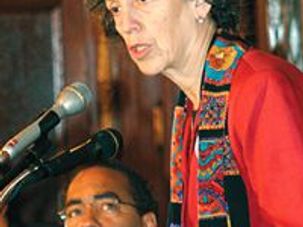 You have to get used to acronyms quickly in the world of Jewish social justice (and it helps if you like the letter “j”.) There’s the venerable JCUA in Chicago, PJA on the West Coast, the surprisingly well-organized JCA in Minnesota and a very active JCRC in Boston. National organizations include JCPA, JOI, JFSJ and AJWS. And that’s just the start of a much longer list.

Jewish LGBT Leaders Meet, But Can’t Yet Find a Vision Shared by All

A social justice activist from Oakland, Calif. A party planner from New York. The leader of a small havurah in Detroit. These were some of the 93 people who were invited to Berkeley, Calif., to help build a more cohesive movement for lesbian, gay, bisexual and transgender Jews. 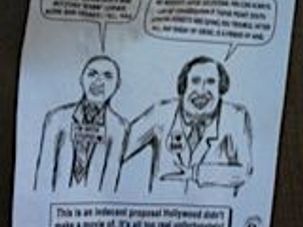 The home of Rabbi Michael Lerner, editor of the left-wing Jewish magazine Tikkun, was vandalized sometime during the night of Sunday, May 2. 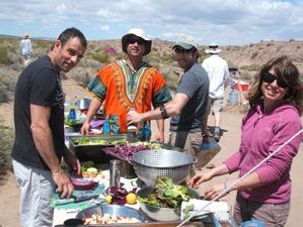 Passover in the desert. Shavuot on the mountaintop. Sukkot on the farm. The three primary festivals of the Jewish calendar weave their rituals and stories around very particular settings. How would our understanding of Judaism change if we made these spaces, as well as these times, holy? This is the question that Wilderness Torah, a new California-based Jewish organization devoted to both spiritual and ecological rebirth, seeks to answer. 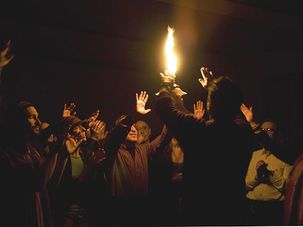 The denominations that make up mainstream American Judaism — Orthodox, Conservative, Reform, Reconstructionist — all seem to be struggling with organizational issues while clinging fiercely to their separate identities. But not Jewish Renewal, a small movement based on the teachings of Reb Zalman Schachter-Shalomi. Renewal is facing the exact opposite problem: It is struggling to mature as a movement without becoming a denomination. 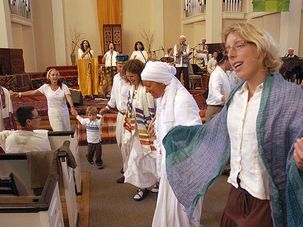 How a ‘Jewish Rave’ Grew Up To Become a Synagogue

The past and future of the new Jewish spirituality may be found perched at the intersection of two charmingly shrubby side streets in Berkeley, Calif. Here, at least two Fridays a month, more than 150 young people — bearded, kaftaned, decked in home-made tallitot, Bukharan kippot, chunky necklaces and dancing shoes — gather at Chochmat HaLev to be inspired through Jewish prayer.
These worshippers are part of a search for an emotionally driven, body-based mystical prayer

Non-profits Should Appeal to Grassroots

With Bernard Madoff safely in jail, and the economy technically in recovery, Jewish not-for-profits should now be optimistic about the future. The losses created by the collapse of Madoff?s pyramid scheme, though brutal to a handful of major donors and foundations that had invested heavily in his funds, were one-time losses. A year later, one would expect to see the Jewish not-for-profit sector as a whole regroup.