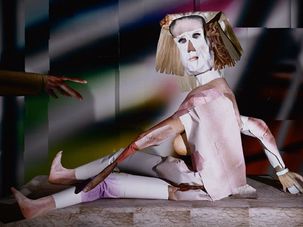 The Nudes of Dr. Moreau

The floor of photographer Daniel Gordon?s studio is covered in colored shreds of paper. Here and there, an arm and leg made from those very scraps protrude from the rubble. One leg is covered in a sheath of thick gray hair that also turns out to be made of paper. 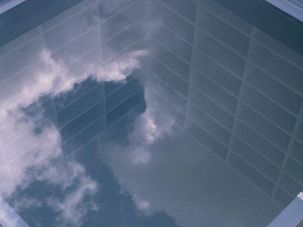 Israeli sculptor Micha Ullman likes to refer to his art as “offerings” — works that people can choose to accept or not. He doesn’t believe in forcing anything on anyone, and especially not art. 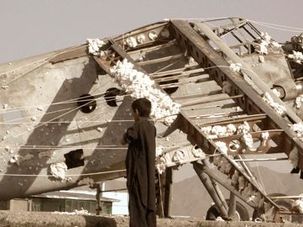 Following the collapse of the Twin Towers in 2001, German composer Karlheinz Stockhausen was caught musing that the event was “the greatest work of art that is possible,” a statement that provoked widespread outrage and led to the cancellation of several concerts of his work. Though New York Times music critic Anthony Tommasini, among others, perceived Stockhausen’s words as “an affront,” they continue to reverberate, as critics, curators and artists weigh in on the complicated relationship between aesthetics and violence. 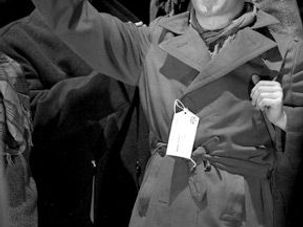 Toward the end of Philip Roth’s poignant story “Eli the Fanatic,” Eli, exhausted by his fruitless efforts to get a Hasidic yeshiva to leave his nicely acculturated Jewish neighborhood, decides to adopt a different strategy. He wraps his Brooks Brothers suit in a box and delivers it to one of the yeshiva’s founders, a man who has made residents uneasy by wandering around town looking like he just stepped out of a shtetl. Eli hopes his gift will compel the Hasid to abandon his traditional garb and blend in with the rest of the community: “Common sense says make this guy change his clothes. Then maybe—.” 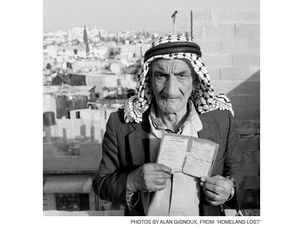 This month, Israeli moviegoers may get just a little more than they bargained for at one of the country’s best-known movie theaters. Through the end of November, the entrance hall to the Tel Aviv Cinematheque will exhibit a series of black-and-white photographs by British photographer Alan Gignoux that places photos of Palestinian refugees alongside photos of the homes they lost during Israel’s War of Independence. 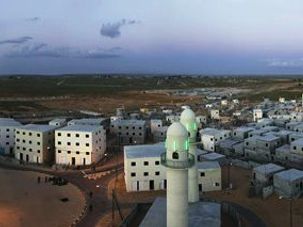 The Art of War

Two years ago, in the midst of the Second Lebanon War, the popular French philosopher Bernard-Henri Lévy was sent to Israel by The New York Times Magazine to “ponder, discuss and travel,” as the title of his piece suggested. The result, an essay defending the country’s military action against vociferous critics, was published alongside two photographs by the still relatively unknown Israeli photographer Shai Kremer, who had also been sent by the Times. One photo showed a helicopter about to land, with a flock of birds trailing at its tail. The other featured a soldier atop a tank on duty near the border with Lebanon, with large, white ammunition shells piled on the soil and a distant view of a cemetery. 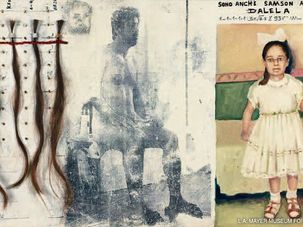 Opening a new exhibition of Arab Israeli art in Jerusalem — the first of its kind at any Israeli museum — are three etchings from the 1970s by Walid Abu-Shakra. At first glance they appear to be simple etchings of a village landscape: desolate and dry, absent of humans, perhaps the remains of an evacuated village. But it doesn’t take long to realize that the village landscapes are not as innocuous as they seem: Each is divided by a stone wall draped in dead foliage.