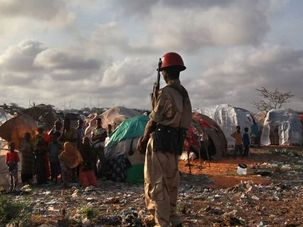 In Uganda, a Hate That We Must Confront

Rabbi Abraham Joshua Heschel once said that Judaism “takes the mind out of the narrowness of self-interest.” During the past few weeks, I’ve been reminded of the urgent need for American Jews to make this formulation real as I’ve turned my attention to a flagrant threat to human rights in Uganda.

I have always been fascinated by Purim — a holiday that celebrates a disaster that nearly *happened but didn’t, a planned genocide against the Jewish people in ancient Persia that was subverted at the final hour. *The heroine of this story was a woman, Queen Esther, whose nerve and diplomatic savvy rescued the Jewish community from a plot to destroy it.

This Independence Day, a Chance For Global Freedom From Poverty

One billion people in the developing world live on $1 or less a day, lacking clean water, electricity, food, education and medical care. This July 4, as we Americans proudly celebrate our independence, it is our hope that President Bush fully contemplates the opportunity he has to help free many of them from the chains of

In Time of War, a Call To Serve Civil Society and Country

I could not help noting the potential irony during the second presidential debate when President Bush announced emphatically that “there will be no draft.” It was oddly reminiscent of the 1988 presidential debate, when then-vice president George H. W. Bush just as emphatically assured the public: “Read my lips: no new taxes.” We all know