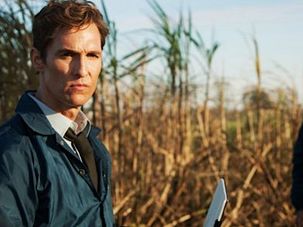 Many viewers were disappointed that ‘True Detective’s finale didn’t unravel all of the show’s mysteries. But a close look at its underlying theology reveals more than you’d think.

A long-simmering dispute over a controversial circumcision procedure with allegedly life-threatening risks will land like a hot potato on the desk of incoming New York state Governor Eliot Spitzer this January, after the administration of outgoing Republican Governor George Pataki reached an agreement with Hasidic leaders on precautions that medical experts say will do little to reduce the risks.

Any compendium of Yiddish jokes is chock-full of items about Jews on a train. They talk, they eat, they sleep — all in the buildup toward some punch line about how Jews traveled in the old country. It was the “Jews on a train” phenomenon that Romanian-born Rabbi Moshe Shapiro was hoping to address when he launched the Daf Yomi, a page-a-day schedule for learning Talmud, in 1934. The idea behind it, he said, was that when two Jews met randomly in their travels, they could discuss the day’s Talmud portion together.

Effi Eitam, a leader of the joint Knesset faction aligned with Orthodox Zionists worldwide, drew swift condemnation this week from secular American Jewish organizations because of his call “to expel the great majority of the Arabs” from the West Bank and “sweep the Israeli Arabs from the political system.” But for the most part, his ideological allies in the United States have remained silent.

The main union of Modern Orthodox rabbis in America is preparing to vote on whether to admit graduates from an upstart Manhattan seminary.Most of the 1,000 members of the Rabbinical Council of America are graduates of Modern Orthodoxy’s flagship institution, Yeshiva University. But the RCA’s executive committee is scheduled to vote in June

Hasidic Rapper Strives To Stay Atop the Charts

This may be hard for some people to believe, but there was a time when MTV did not feature a Lubavitch Hasid in regular rotation.In just three short years, Matisyahu, also known as the Hasidic reggae superstar, has become a veritable phenomenon of Jewish and American pop culture. In his wake he has left sold-out venues across the

Following on the heels of Chabad-Lubavitch’s successful campus programs, other Orthodox groups are now reaching out in new ways to college students of every Jewish denomination.Non-Hasidic, ultra-Orthodox Jews — or mitnagdim — have adopted an approach that is startlingly similar to the one presented by Chabad, the Hasidic sect whose outreach

Following on the heels of Chabad-Lubavitch’s successful campus programs, other Orthodox groups are now reaching out in new ways to college students of every Jewish denomination.Non-Hasidic, ultra-Orthodox Jews — or mitnagdim — have adopted an approach that is startlingly similar to the one presented by Chabad, the Hasidic sect whose outreach

Hasidic Village Keeps Women Out of the Driver’s Seat

Even as the White House presses Saudi Arabia to permit women to drive, an ultra-Orthodox community in New York has launched a campaign to reassert its ban on female motorists.During her trip last month to Saudi Arabia, Undersecretary of State Karen Hughes delivered a speech in which she stressed the Bush administration’s determination to see

Guantanamo Servicemen To Get Holiday Services

Muslim detainees at Guantanamo Bay may not give Rosh Hashanah a second thought. But if all goes as planned, a rabbi will visit servicemen stationed at the American base as the Jewish New Year begins.Rabbi Melinda Zalma, a newly minted chaplain for the U.S. Navy, will be the sole chaplain during the High Holy Days. She will serve the Jewish