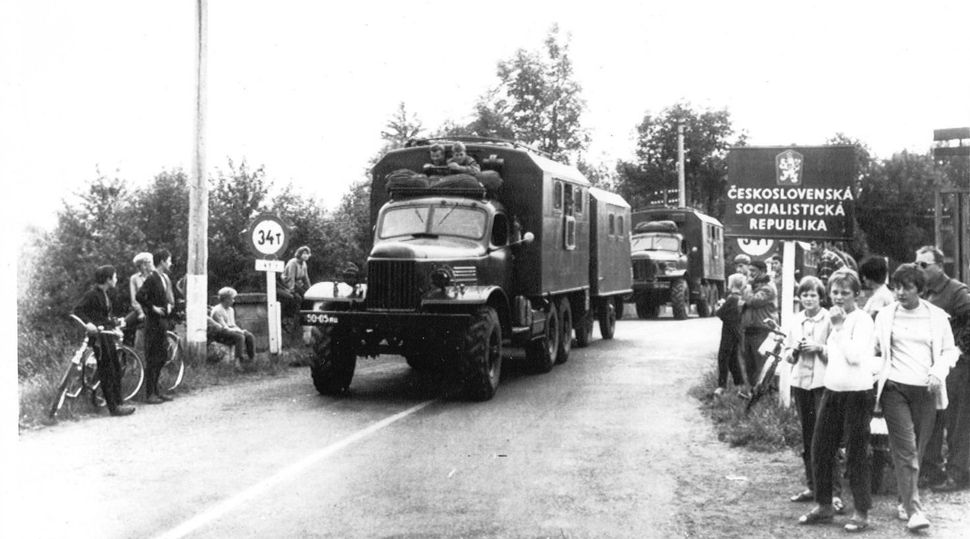 This year marks 50 years since the tumultuous year of 1968. In New York, a unique new exhibit at the Steven Kasher Gallery highlights iconic photographs of that memorable year. Among them are a number of images portraying Jewish celebrities, Israel and Jewish-related themes.

The exhibition “Day by Day: 1968” is composed of 366 black and white images taken from various newspapers. Each photograph represents a different day of the year. (1968 was a leap year.)

The pictures belong to a private collection.

The year 1968 was marked by a series of cultural and political upheavals around the world. The United States experienced the apex of the Civil Rights and anti-war movements while Europe was rocked by massive street protests and counter-revolutions. Africa suffered through a terrible famine.

Among the images in the exhibition are a series of pictures featuring images of unrest. One shows the activist Abby Hoffman wearing a flag shirt; another shows students at Columbia University forming a human barricade. In a striking photograph, a young woman wears a button with the slogan “Marcel Proust was a Yenta,” demonstrating that the Yiddishism “Yenta” was already in wide use in English. (The slogan appears to refer to Proust’s exceptionally long novels. His “Remembrance of Things Past” for instance, was published in seven volumes.) 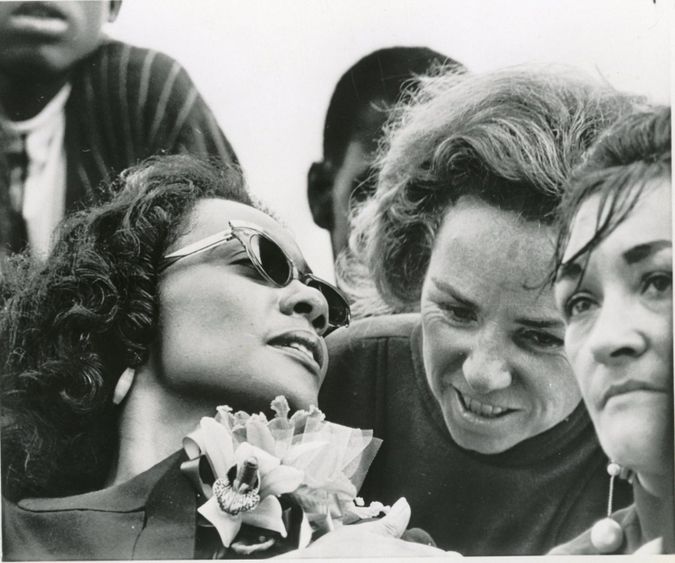 May 13: Ethel Kennedy and Coretta Scott King, the widows of Senator Robert Kennedy and Dr. Martin Luther King, who were both assassinated that year Image by Associated Press courtesy Steven Kasher Gallery

One moving photograph shows a conversation between Ethel Kennedy and Coretta Scott King, the widows of Senator Robert Kennedy and Dr. Martin Luther King. Both men were assassinated during that fateful year. Another photograph shows Soviet military forces passing through Poland after their invasion of Czechoslovakia.

The exhibition also includes images from movies starring Jewish actors: Molly Picon in a scene from the film “How to Be A Jewish Mother;” Barbara Streisand in “Funny Girl” and Dustin Hoffman in “The Graduate.” Also featured: A Japanese production of “Fiddler on the Roof.” 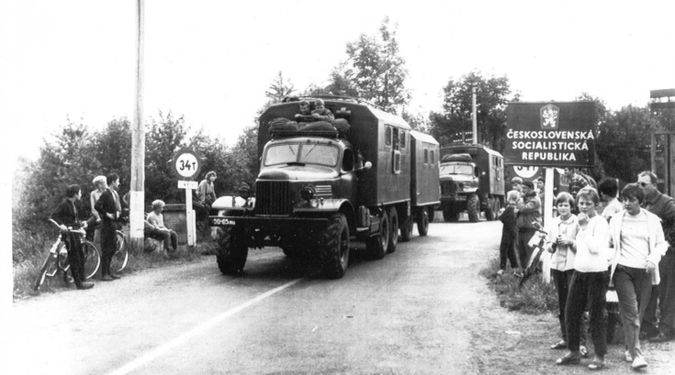 Israel and the Middle East appear in the exhibition, too. One photograph shows a group of Israelis returning to Israel after being held hostage in Algeria for 39 days. Another shows an Israeli military parade celebrating the first anniversary of the country’s dramatic victory in the Six Day War.

The exhibition runs until February 24th.