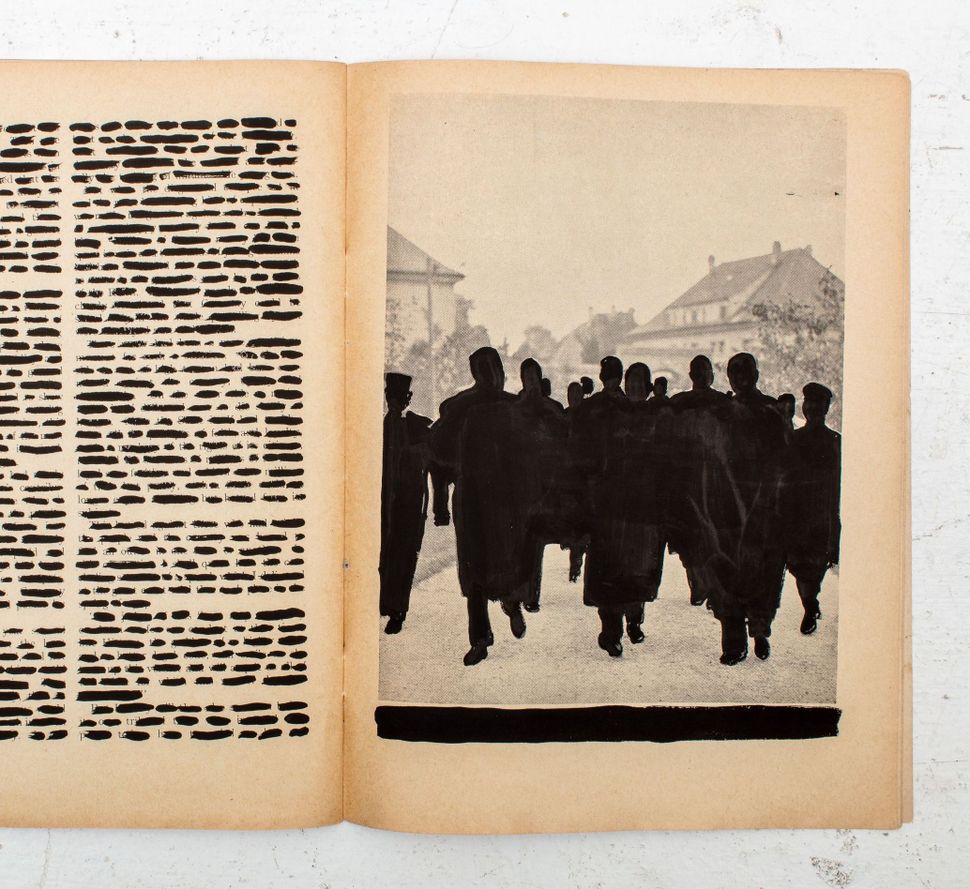 Gideon Rubin wasn’t expecting a package on that spring morning a year ago, although his wife, Silia Ka Tung, had been having strange things delivered to their London flat for months.

Rubin, an Israeli-born painter, was working on a project that would be exhibited at London’s Freud Museum for the 80th anniversary of the psychoanalyst’s escape from Nazi Vienna. Since Rubin wanted to use original magazines and newspapers from that era — a practice for which he is known — Tung had been ordering source materials on eBay. And so it was that Holocaust Remembrance Day, 2017, Rubin found a curious package at his doorstep; its contents would eventually become the centerpiece of his exhibition at the Freud Museum, titled “Black Book,” which opened on February 7.

“Opening it, I clearly remember the sense of horror creeping in,” Rubin wrote in an email interview. “The English text threw me off initially and what felt like a long minute passed until I figured out what I was holding in my hands.”

He realized that he was leafing through an original English translation of Adolf Hitler’s autobiography “Mein Kampf,” which was first published in the United Kingdom in 1939 as an 18-part serial. (1939 was, notably, also the year in which Sigmund Freud died.) Handling this incendiary tome left Rubin reeling. 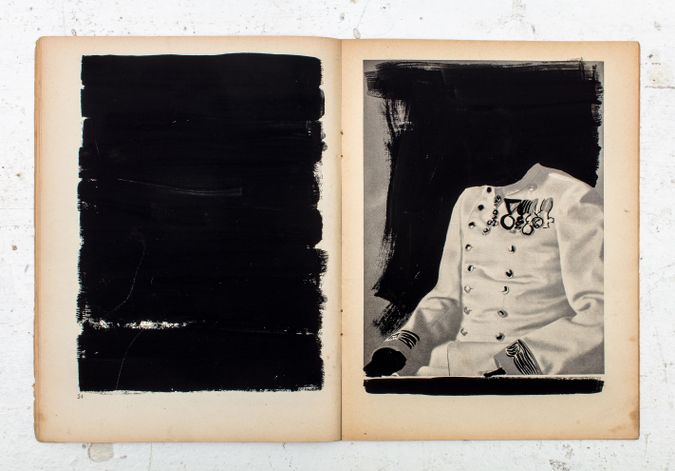 “I wanted to bin it straight away, or better — burn it,” he wrote in an email. His wife objected, reminding him that she had gone to great trouble and expense to order the volumes. Since the artist considered reselling them to be out of the question, he rewrapped the serials and relegated them to the dirtiest cupboard in his studio.

Despite his revulsion, Rubin couldn’t burn the text. After all, burnt books were part of the reason why his maternal grandparents had fled Romania, as well as the impetus for Freud leaving Vienna. In 1933, Nazi sympathizers at a German university had burned Freud’s works as a mob chanted “On behalf of the nobility of the human soul, we offer the flames the writings of Sigmund Freud.” At a similar bonfire attended by 40,000 people in Berlin, Joseph Goebbels pronounced that “Jewish intellectualism is dead.”

In defiance of his initial urge to set fire to the book, Rubin began a more artful protest. He took “Mein Kampf” from its hiding place a few weeks after it was delivered, then painted its text over with black gouache: Word by word, line by line, sometimes in blocks of paint that coated entire pages. He eventually covered every single letter of the series, and transformed the illustrations to remove Nazi symbols. “After I finished painting over, or ‘blacking’ out the text and part of the images, it stopped being ‘Mein Kampf,’” Rubin explains. “It is my black book.” 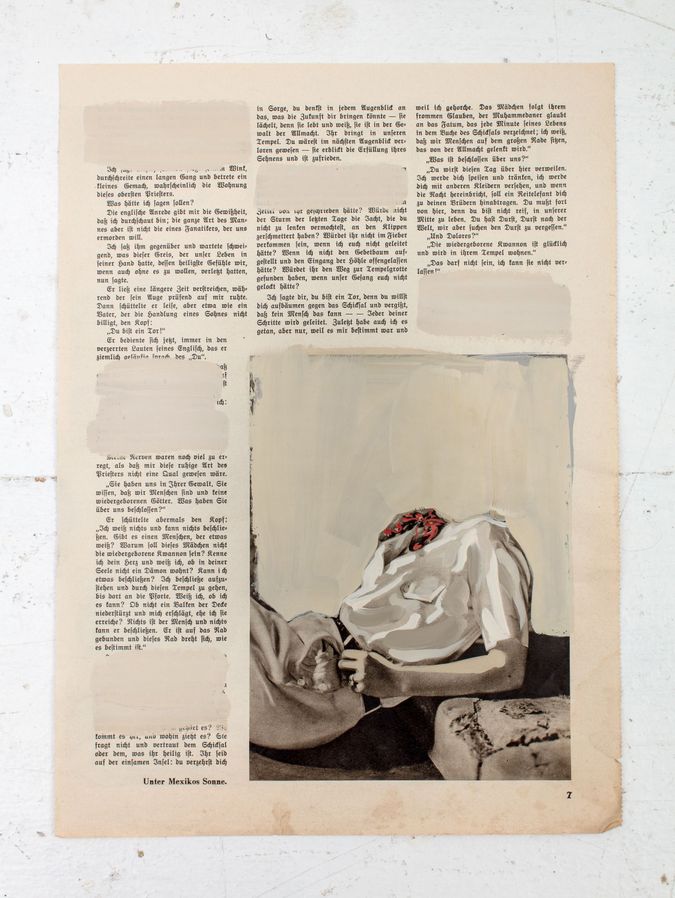 In Rubin’s exhibition at the Freud Museum, the transformed ”Mein Kampf” is displayed alongside a series of German magazines of the late 1930s that Rubin altered, as well as paintings inspired by the photographs of idealized Aryan athletic figures featured in those magazines. In his characteristic style, Rubin has painted over those individual’s facial features, as well as the Nazi symbols scattered through the magazines, rendering the yellowed pages at once general and specific, historic and timeless. No longer threatening Nazis, the people depicted in the magazine could be the grandparents of any of the exhibition’s visitors.

Rubin often paints from vintage photographs, a practice he began over a decade ago. “Part of my family perished in the Holocaust and with them everything they owned was gone,” he said in an interview with exhibition curator James Putman published in the show’s catalog. “Few survived, left with no relatives and hardly any documentation or photos. It’s as if I’m trying to fill up this gap, an attempt to reclaim a lost past.”

Freud and his family were refugees as well. Atypically, Freud was able to bring 20 suitcases with him when he escaped Vienna after the Germany’s 1938 annexation of Austria. Three additional freight train carriages carrying his belongings followed. Freud’s personal collection, which includes over 2,000 Greek, Roman, and Egyptian antiquities, archaeological artifacts, and Buddhist objects, is permanently on view at London’s Freud Museum, formerly the psychoanalyst’s home.

Rubin’s “black book” is currently exhibited in a second-floor gallery space that was once Freud’s bedroom. The rest of his artwork is interspersed among the Museum’s permanent collection.

“This project has not been easy, but at the same time [was] somewhat therapeutic,” Rubin wrote in an email. “Making something new from [the book], seems now like a much better way of dealing with this material than just burning it.”

The “Black Book” exhibition will close on April 15, just a few days after Holocaust Remembrance Day. When it does, Rubin will have to decide what to do with his transformed copy of “Mein Kampf.” For the time being, he said, he has no idea.