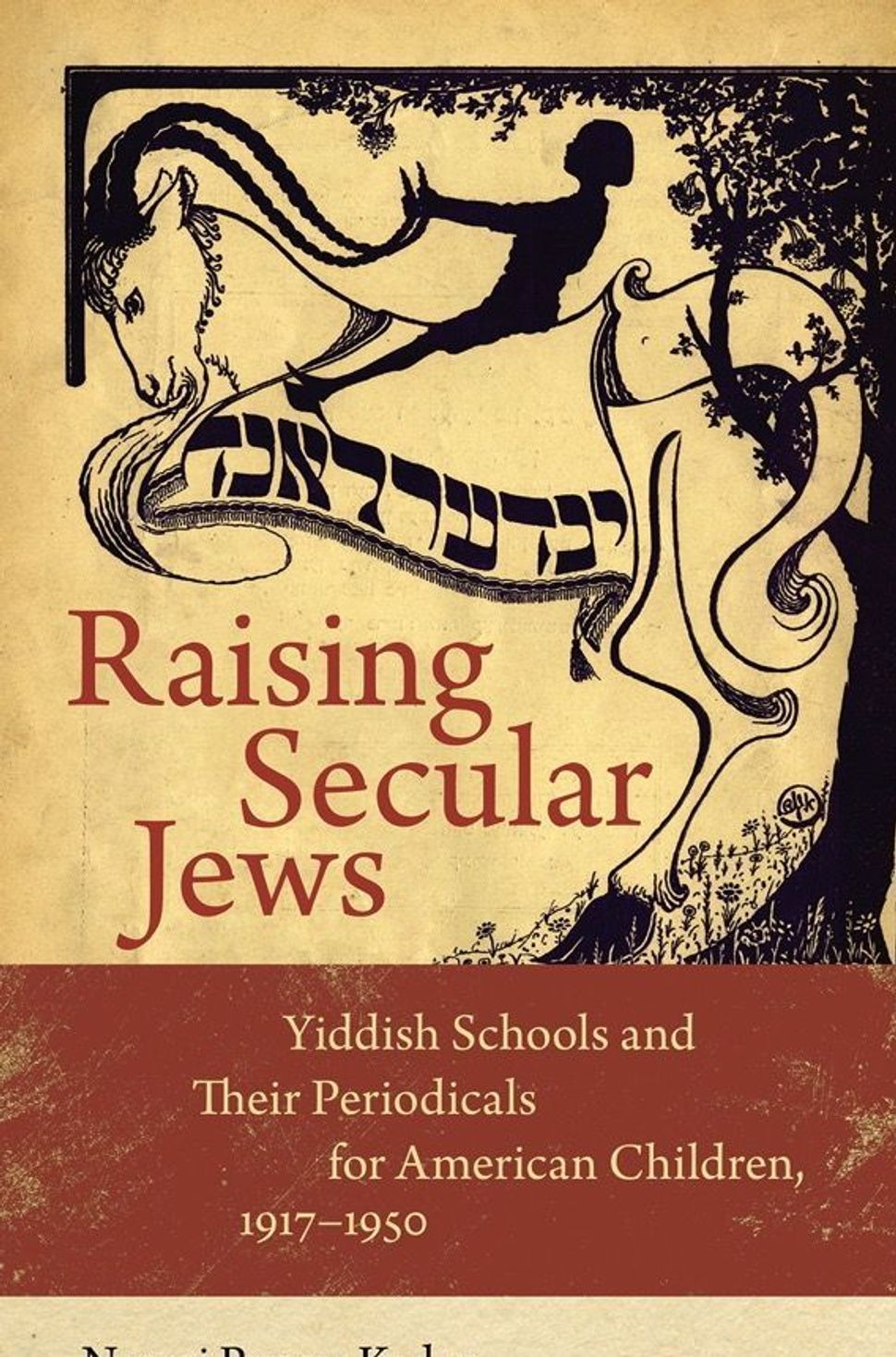 Are Jews a people or a religious community? This reductive question has been debated for more than two centuries, since the time of the Jewish Enlightenment. Its stakes are particularly high with regard to Jewish education. Religious subjects have an old and fixed place in the Jewish curriculum, while secular, nationalist themes are a product of modern times.

In order to develop a modern pedagogical system for Jewish education, it was important to answer a number of difficult questions. For starters, should schools teach Yiddish, Hebrew or the national language? Second, should they teach socialism, Zionism, diaspora nationalism or simply liberal humanism? Third, should they teach religion as a perfect faith in God, a cultural heritage or maybe just an outdated superstition?

Next, it was essential to determine pedagogical content and form. And last but not least, who was going to pay for such an education?

The history of Jewish education in America provides rich material for these questions. Naomi Prawer Kadar’s 2016 book “Raising Secular Jews: Yiddish Schools and Their Periodicals for American Children, 1917-1950” considers four Yiddish school movements that strove to raise a new, secular, Yiddish-speaking generation in the United States. For the book, Kadar researched the magazines for children that were published under the auspices of these four movements in the first half of the 20th century.

Kadar’s name is well-known among students and teachers of Yiddish, as the Yiddish Summer Program in Tel Aviv is named after her. I had the honor of studying Yiddish literature together with her in graduate school in the 1990s, both of us advised by David G. Roskies. Three years before Kadar’s untimely death she defended her doctorate, which is now appearing in book form.

The founders of these Yiddish schools were radical political activists who had come to America with the great waves of Jewish immigrants from Russia at the beginning of the 20th century. Their aims were ambitious: To continue the radical secular movement in the new land. For that reason they had to raise a new generation of Jews who would merge Jewishness with socialism, while at the same time becoming genuine Americans. But these fathers of secular Jewish education had quite diverse ideas about each of these issues, and the disagreements among them resulted in four distinct pedagogical theories. The Labor Zionist Farband schools stressed Jewish national traditions and taught both Yiddish and Hebrew; the Sholem Aleichem schools placed an emphasis on Yiddish language and literature; the Workmen’s Circle schools combined Yiddish with socialism; and the Communist “Ordn” schools built their entire educational program on Marxist principles.

Each of these movements had its own publications for children and teachers. The contributors to these magazines included distinguished Yiddish authors and critics such as Yoel Entin, Shmuel Charney, Yoysef Opatoshu, Kadya Molodovsky and Rokhl Korn. The ideational focus and general tone of these publications changed over time in tandem with changes in the larger American Jewish community.

In the Farband’s camp Kindervelt, or “Children’s World” and the Workmen’s Circle’s newspaper Kinder-tsaytung (The Children’s Newspaper), political radicalism present at the outset became milder over time, while American themes and problems took up more space. The Communist publication Yungvarg (Youth) continuously followed the Soviet party line. As contact with Eastern Europe began to weaken, each of these schools had to concern itself with the decline of Yiddish usage and Jewish cultural literacy among the younger generation of American Jewish children.

The number of Yiddish books for children fell markedly in the 1940s in comparison with earlier periods. The most dramatic change, however, occurred with Kristallnacht in 1938, when the life-threatening dangers facing European Jewry became all too real. In contrast with other American schools, the Yiddish schools taught students about the Holocaust from the very beginning. In the Yiddish schools, as Kadar writes, “the children were viewed as young Jews, partners in despair, who were not to be shielded – as were other American Jewish children in that period – from the horror and suffering that was endured by their people during the war.” The realistic representations of the Holocaust created a stark emotional connection between Yiddish-speaking children in America and Jews in Eastern Europe.

The decline of secular Yiddish education in America during the 1950s was a consequence of several factors. The economic prosperity of the era diluted the intensive networks of everyday life in the Jewish neighborhoods of the major American cities. American Jews abandoned the Yiddish language, and their Jewishness took on purely religious forms, following the norms of their Christian neighbors. This type of Jewishness was taught in English with bits of liturgical Hebrew in “Hebrew school.” Since the 1960s, a new system of Jewish day schools has grown under the auspices of Orthodox and Conservative congregations. Yiddish literature and secular culture in general play, at most, a minor role in contemporary American Jewish school movements, which now stand on three major principles: Religion, the Holocaust and the State of Israel.