What The Hell Is ‘The Kominsky Method’? 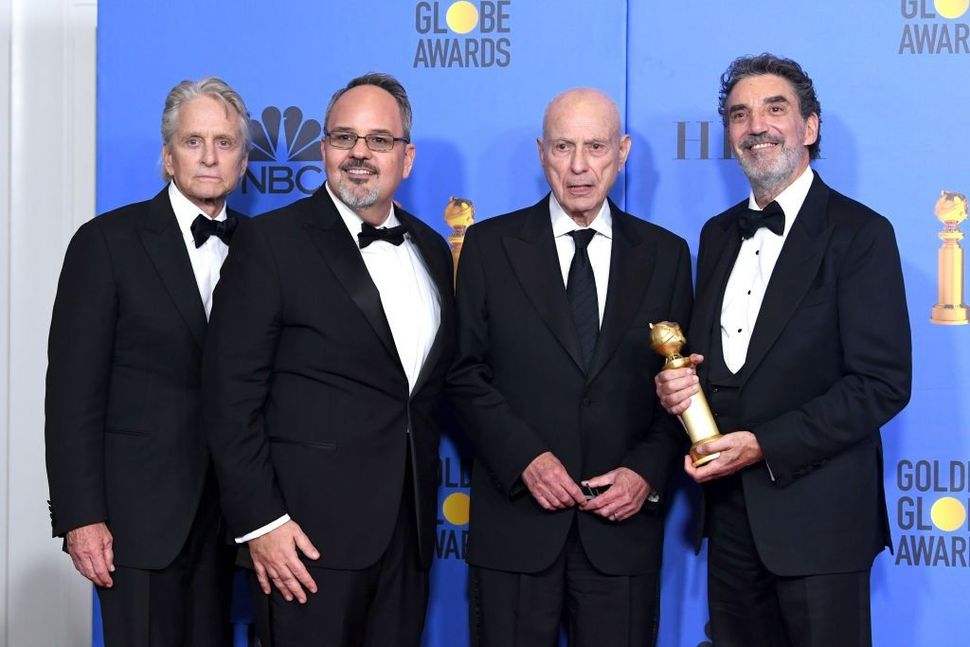 The biggest winner at last night’s Golden Globes is a show you might have missed. Netting a Best Actor award for Michael Douglas and a Best Musical or Comedy Series statuette for creator Chuck Lorre, “The Kominsky Method” is leaving many people asking, “What the hell is that?”

Not enough? We bring you “An Explanation Of ‘The Kominsky Method’ Your Grandparents Could Understand.”

“We don’t have The Netflix.”

Yes you do, Bubbe, I set it up on your TV, remember?

Anyway, Michael Douglas is the main character. He plays a has-been actor who’s made a career as an acting coach.

“I remember his father, Kirk! Did you know he is Jewish?”

Yes, Zayde. And the Michael Douglas character is very Jewish on the show. So is Alan Arkin.

Yes, Alan Arkin was in “The In-Laws.” In this he plays Michael Douglas’ agent, a widower.

It is, Bubbe, but it’s also pretty funny most of the time. Danny DeVito is even in it as a urologist who Michael Douglas goes to when he has prostate problems.

It kinda is… But Arkin and Douglas share some really poignant moments. And there’s even some Yiddish in it when Arkin sees the ghost of his dear departed grandmother.

“Why haven’t I heard of this before?”

I don’t know, I wrote a whole review of it! But also, it was released less than two months ago. And it’s called “The Kominsky Method,” so…

Eight episodes. They’re all about 30 minutes.

“The Komanche Syndrome, is it? I can’t find the clicker.”

No, “The Kominsky Method.” You should watch it. It’s good.

Go forth, Jews! “The Kominsky Method,” winner of the Golden Globe for Best Comedy Series as well as an acting win for Michael Douglas, is on Netflix.

What The Hell Is ‘The Kominsky Method’?