The Forward Racks Up 15 Awards At The Rockowers 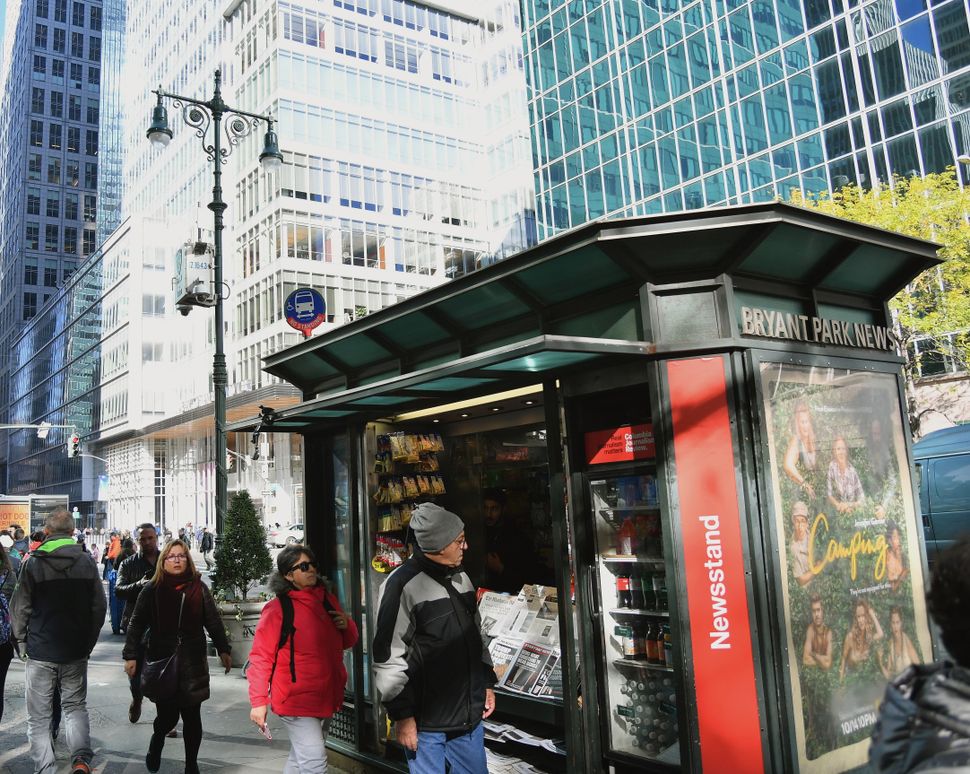 The 38th Annual Simon Rockower Awards for excellence in Jewish journalism has announced its 2019 winners. The Forward walked away with 15 winners in 11 categories.

Winners — which represented Division A, for publications with circulations of 15,000 or over — range in area from investigative reporting, cultural criticism, personal essays, feature writing and design.

The Forward’s Writer at Large Jane Eisner took second place in the Louis Rapoport Award for Excellence in Commentary for her articles on Brett Kavanaugh accuser Christine Blasey Ford and two pieces written in the aftermath of the Tree of Life synagogue shooting in Pittsburgh.

Forward contributor E. Gheytanchi won the award for Excellence in Personal Essay for her account of the Iranian Revolution, which the American Jewish Press Association called “a moving window into the lost Jewish community in Iran.” The other contributors honored were Alisa Solomon, who won the top prize for Excellence in Arts and Criticism News and Features – Reporting, for her piece on the Folksbiene’s Yiddish production of “Fiddler on the Roof,” and Jackson Arn, who took first place for Excellence in Arts and Criticism News and Features – Critical Analysis/Review, for his article on the 2018 Martha Rosler exhibition at the Jewish Museum. Simi Horwitz, who has written extensively for the Forward, took second place in Arn’s category for her review of “Shoah: Four Sisters:” in Film Journal International and took first place in Division C’s David Frank Award for Excellence in Personality Profiles for her piece “Abby Stein: A Gender Transition Through a Jewish Lens” for Moment Magazine.

Former staff writer for the Forward Josh Nathan-Kazis won the Boris Smolar Award for Excellence in Enterprise or Investigative Reporting for his series of exposés on the Canary Mission, a website that catalogues pro-Palestine and pro-BDS activists on college campuses in the U.S. Nathan-Kazis also won for Excellence in News Reporting for his piece on a largely Jewish Lower East Side condo that refused $54 million to erect a luxury building in its place.

The Forward’s Senior Editor Adam Langer and photographer Marisa Scheinfeld earned the Chaim Sheba Medical Center Award for Excellence in Writing about Social Justice and Humanitarian Work for their longform piece “Slaves in Egypt, Refugees in America,” which parallels the current refugee crisis with the experience of Jewish refugees during World War II through the shared space of a Washington Heights neighborhood and its places of worship. The AJPA praised the story’s “sensitive and engaging writing that creates narrative suspense and leads the reader on a winding path examining the interpretation of the command that ‘in every generation one must see it as if they themselves went out of Egypt.’”

The Forward’s Deputy Life Editor Jenny Singer won for Excellence in Feature Writing for her “crisp, compelling prose” in “Rosé. Sex, & Bonfires: Inside the World of Adult Jewish Summer Camp.” The result of Singer’s weekend-length embed at a boozy retreat for young professionals was said by the AJPA to “pull at the heartstrings of nostalgics for Jewish summer camp everywhere.”

Forward Life Editor Avital Chizhik-Goldschmidt received the Rockower for Excellence in Writing about Women for “My Dark Secret: Orthodox Women Reveal Their Abortion Stories,” an intimate, and sensitively reported story that, per the AJPA, lends authenticity to its subject by “letting us listen to the voices of women who underwent the disturbing procedure of abortion.”

For her series, “The Fate of the Iraqi Jewish Archives,” Forward Deputy Culture Editor Talya Zax won the award for Excellence in American Jewish History. The series, which chronicles the path of the archives arrival to the U.S. after the Iraq War and the squabbles over its ownership, was called “a story well told, well sourced and well written” by the AJPA.

The Forward also won first place in its division for Excellence in Graphic Design. The award went to Kurt Hoffman, Anya Ulinich, Elaine Tin Nyo, Caroline Cox and Adam Langer for their work on the June, July and December 2018 issues of the print magazine, which the AJPA lauded for their “great design, wonderful use of photography and type. Thoughtful use of variety and white space throughout.”

The Forward Racks Up 15 Awards At The Rockowers