Need something to listen to in quarantine? Here are our podcast picks. 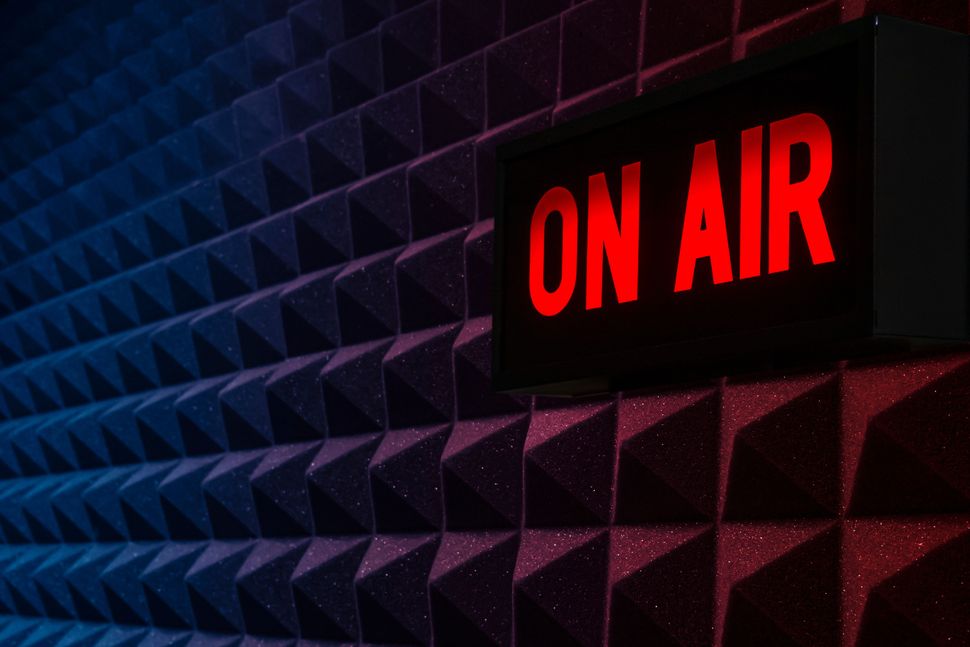 An “On Air” sign in a podcast studio. Image by iStock

Podcasts were once merely the niche hipster cousins of terrestrial radio.

That changed in 2014, a decade into the form’s existence, when “This American Life” debuted its offshoot podcast “Serial,” introducing mainstream audiences to both the gripping case of Adnan Syed and the vast and democratic potential of downloadable digital audio.

Now, there’s a podcast for everything: breakfast foods, farming, lizard people conspiracies and highbrow examinations of fine art alike. In the current health crisis, the tone and value of many podcasts has shifted. “Hangout” shows, in which hosts follow loose formats and indulge in inside jokes, have taken on a soothing aspect, reminding us of a not-so-distant time before social distancing where we too could have endless chat sessions with friends. Educational podcasts, beyond being a diversion, help us strive for easy self-improvement during difficult times. Improv, music and storytelling shows have renewed importance in a world of cancelled performances and shuttered venues.

There’s no one way to survive a pandemic, but the little wire running from your headphone port to your earbuds may be a good way to stay connected and grounded in the world — or escape it for a bit. (If you have wireless headphones, my metaphor has failed you.) With the goal of social distancing sanity in mind, the Forward submits a few recommendations for what to listen to during quarantine.

What is it?: This restaurant review show, hosted by comedy writers Evan Susser and David Phillips, has the aim of ranking every deli in the Los Angeles area. As the boychiks told me last year,, they feel comfortable offering a definitive judgement on what constitutes deli: “Evan’s the East Coast Jew and I’m the West Coast Jew,” Phillips jibed, “so I think we feel pretty comfortable standing in for every Jew that exists.” If you like to listen in on Jews schmoozing about food, calling their parents or making guests feel inadequate about their knowledge of Yiddish, this one’s for you. Enjoy with some nice pastrami and can of Cel-Ray — contactless-delivery, of course.

Where to start?: The second season kicked off in March, but I recommend starting at the beginning to get a sense of the show’s rhythm.

Good for families?: Not with young kids, but it’s a good multi-generational listen if your mishpocheh regards “Curb Your Enthusiasm” as kosher. – PJ Grisar, Culture Fellow

What is it?: It’s a politics show about Israel with musical interludes. The three hosts — Noah Efron, Allison Kaplan Sommer and Don Futterman — are all smart and bring something unique to the table, and there’s a really lovely coziness to the way they riff off each other. It feels like you’ve been invited to the best Shabbos meal, and you just want it to go on and on. But there’s also a spiritual component for me. Honestly, I don’t know who I’d be without Noah Efron. He is the person who taught me that kindness and searing intelligence aren’t opposite poles but actually essential components of each other. Imagine getting an update on Israeli politics every week from that guy. Actually, don’t imagine it. Just do it. It’s free!

Where to start?: The latest episode will keep you up to speed on what’s happening now.

What is it?: This show, from Ramtin Arablouei and Rund Abdelfatah, former stars of NPR’s “How I Built This,” traces the threads from current events back to their historical roots. But don’t worry, it’s made for a lay audience, and never feels too academic or stodgy. The hosts are personable and make historical events feel vital and accessible, all while putting our contemporary world into necessary context. If you like to see connections throughout the world, learn the origins of modern happenings, or just enjoy history, this one is well-made and fascinating.

Where to start?: My all-time favorite episode is “The Litter Myth,” which explains how disposable containers became the norm in America and across the world.

Good for families?: Younger listeners may find it hard to follow, and there is discussion of wars and violence, but it’s never graphic and the tone is conversational and educational. – Mira Fox, Editorial Fellow

“The Best Show with Tom Scharpling”

What is it?: Technically internet radio, this show is available on your podcasting app of choice following its live recordings on Tuesdays. I love this one’s call-in format, perhaps best-described as early Howard Stern, but with compassion and a preoccupation with junk-food media and past-their-prime celebrities. Many episodes are organized around a prompt for listeners — say, “The 50 Greatest Weirdos” or “The Dumbest Thing I’ve Ever Heard” — and nearly all include banter between Scharpling and his comedy partner Jon Wurster, often in character as such eccentrics as “Philly Boy Roy” and “Hippy Johnny.” Paired with sound collages blending recognizable instrumentals and some of the oddest sound bytes ever put to fair use, “The Best Show” is the sonic equivalent of a used VHS and record store. If you miss spending time at the bins, “Best Show” will serve.

Where to start?: “Night of a Thousand Pardos,” where callers performed their best impression of late “SNL” announcer Don Pardo by introducing the weirdest cast, musical guest and host imaginable.

Good for families?: The show began on local New Jersey radio station WFMU, and still keeps it clean and FCC compliant. A bunch of folks listen with their kids, and you know it’s going to be a good show when a young one calls in to talk to Tom. – PJ Grisar

What is it?: This is exactly what it sounds like: A bunch of friends (or, music and culture critics from NPR) get together to give their hot takes on a current piece of pop culture, from TV to movies to music. Generally, podcasts that are just people sitting around talking are not my speed — usually I prefer more highly-produced and reported narrative shows — but this group is so fun and personable that it works. Plus, now that we’re all trapped at home and consuming more content than ever, it helps to have some critics break it down for you and source recommendations for your next obsession.

Where to start?: Really, you should find your favorite movie or TV show from the recent past and listen to their episode on it — they’ve covered most large hits. I particularly loved their review of Netflix’s “Cheer,” which covered all the angles of the show with a ton of empathy.

Good for families?: They will talk about sex or drugs if that’s part of what they’re reviewing, but it’s never graphic and they don’t swear. – Mira Fox

What is it?: The Yiddish Book Center’s English-language podcast features conversations with Yiddish scholars, singers, actors, translators and writers about all sorts of new happenings in the Yiddish cultural world, from events at the Book Center in Amherst, Mass. to happenings much further afield.

Where to start?: Every episode is a different conversation on a different topic, so the installments can be listened to in order or you can go through them and choose the topics of interest to you. Recent episodes have featured the translator of the new Yiddish-language “Harry Potter” and the Yiddish consultant to the Netflix show “Unorthodox.”

Good for families?: There’s nothing that would make it bad for families, but most episodes won’t hold the interest of young children. – Jordan Kutzik

What is it?: This pod is loosely about internet culture, but really, hosts PJ Vogt and Alex Goldman cover nearly everything. Some weeks, they laugh their way through explanations of arcane viral tweets. Sometimes, they broadcast deeply-reported stories, like their series on racism fueled by Compustat, the policing statistics tool used by the NYPD. The host dynamic is always fun to listen to and Vogt has a belly-deep chuckle that’s infectious even through headphones — I’ve giggled aloud to myself like an absolute weirdo on the subway while listening. Plus the show has something for anyone even vaguely interested in the ways the internet impacts our culture.

Where to start?: “The Case of the Missing Hit,” an episode in which Vogt and Goldman go to extraordinary lengths to chase down a man’s earworm.

Good for families?: Probably not; nothing in the content is inherently inappropriate, but Twitter is often crass by nature, and Vogt and Goldman talk openly and naturally about nearly everything, including sex and drugs. They also curse with some frequency. – Mira Fox

Need something to listen to in quarantine? Here are our podcast picks.