Why this Bloomsday is different from the rest 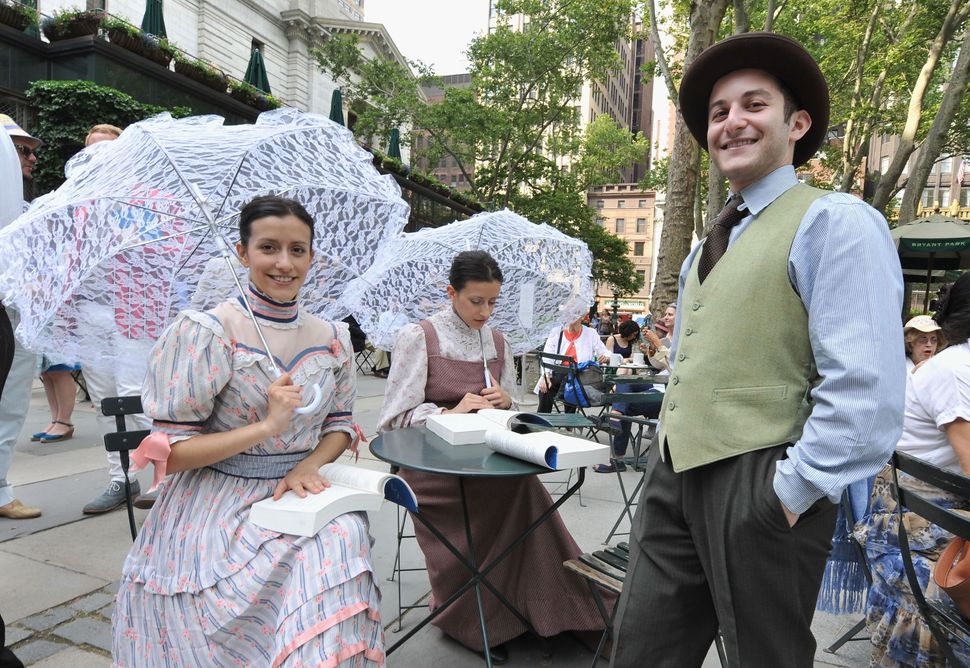 While the protagonist of James Joyce’s “Ulysses” notoriously did very little, his every action — drinking at a pub; traipsing through Dublin; dining with his uncle at a hotel — now presents us with certain pandemic-related risks. Should we emulate Bloom as many bibliophiles are wont to do on June 16 (Bloomsday), there could be real consequences to our health. But then, Bloom was somewhat familiar with the hazards of stepping out.

Take, for instance the scene in “Cyclops” (Episode 12), where a man known only as “the Citizen” hurls anti-Semitic abuse, and later a biscuit tin, at him. It’s not the only time Bloom, whose father was a Jew and whose mother was an Irish Protestant and who, himself, was baptized thrice, encounters this prejudice.

Joyce’s decision to make Bloom half Jewish, like nearly every facet of the tome, has been exegetically processed to oblivion, but there is a general consensus that it was not in any sense arbitrary. Joyce once called the novel “the epic of two races (Israel – Ireland).” The two seem to have some natural affinities. Beyond a Jewish mayor of Dublin, a Jewish IRA martyr and a noted Jewish director, there are parallels to be had between two rich cultures that have historically lacked autonomy.

It’s a connection that’s made quite explicit in a number of the book’s discursive passages. And while Joyce was not referring to Israel the country (he died before it was a reality), the link can be seen on certain streets in Northern Ireland, where Israeli and Palestinian flags stand in for Catholic and Protestant clashes.

“Bloom’s Jewishness embodies the sharp challenge posed to unitary concepts of statehood, for almost two millenniums, by the presence of a people who retain a separateness without having had a state of their own to back it up,” Joyce scholar Terence Killeen wrote for the Irish Times in 2003.

But Bloom being Jewish also allows readers an unlikely surrogate for a common feeling, as Odysseus must have had alongside his homesick sailors missing hearth and home. While the Jewish population of Ireland — now growing for the first time in decades — is marginal, the liminal space of belonging to one’s country while being alienated from it is universal.

It’s not only Bloom who is made to feel unwelcome, but the poet, Stephen Dedalus, with whom he shares a rare kinship. Their relationship is believed to be based on Joyce’s friendship with Aron Ettore Schmitz, aka Italo Svevo, a fellow modernist who, like Bloom, was a product of an interfaith marriage.

His identification with Schmitz — and the character it produced — once led to trouble for Joyce. Fleeing Vichy France for Switzerland in September 1940, the Swiss government believed Joyce to be Bloom (and so, Jewish) and demanded he produce money to prove he wouldn’t be dependent on the state.

Yet while Joyce was briefly a man without a country, his creation never was. Through all his travails — and many macroaggressions — Bloom never doubts his nationality, identifying as Irish. Just so. He should, and the fact that he is ambivalent to Zionism and far more curious and empirical about the world that surrounds him than any matter of identity is why so many pledge to spend nearly 800 pages with him and his inner monologue.

For Joyce, Bloom’s Jewishness was never just a novelty. Even with his one good eye, the author was never so myopic as the “Citizen” in the Cyclops episode to believe that feature to be the man’s totality. Nor would he join the chorus of the other patrons, labeling him a “mixed middling.”

Instead, Bloom remains one of the most fully-realized characters in literature despite being fundamentally feckless and unremarkable. Yet while we applaud Joyce for for creating Bloom, we also thank Bloom’s Hungarian-born father for changing his surname, otherwise today we’d be celebrating Virágday.

Why this Bloomsday is different from the rest