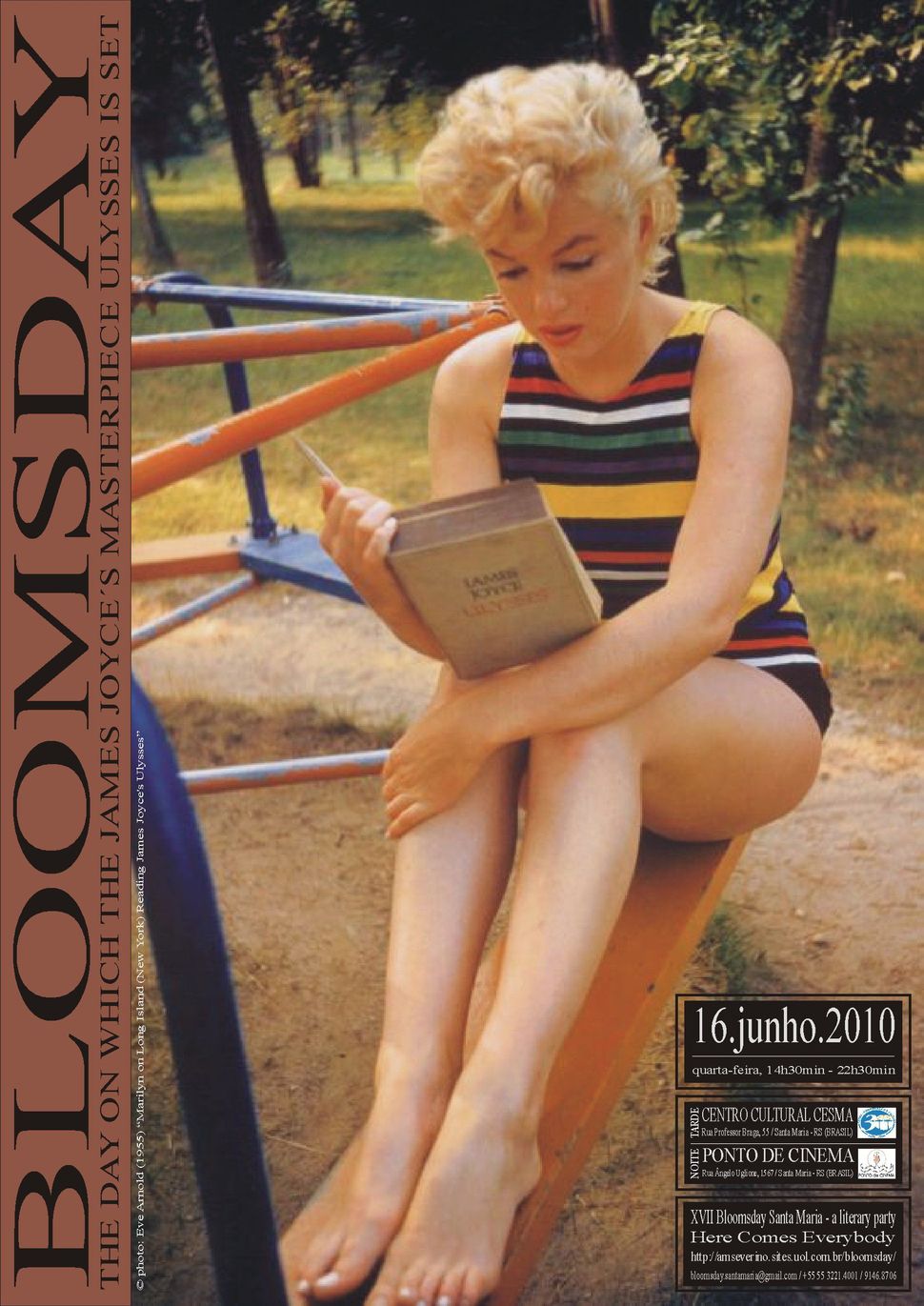 June 16th is Bloomsday, the day on which all the activities of Leopold Bloom, protagonist of James Joyce’s novel “Ulysses,” occur.

Bloom, as Joyce fanatics will tell you, is the son of Rudolf Virág, a Hungarian Jew from Szombathely who changed his name to Rudolph Bloom upon immigrating to Ireland. Joyce based his portrait in part on Aron Ettore Schmitz, an Italian Jewish friend who wrote masterfully under the name of Italo Svevo. Though assimilated, Leopold Bloom is arguably the most famous Jewish character in modern European literature.

Celebrating Bloomsday means celebrating Bloom, and at New York’s Symphony Space, actors such as Jonathan Hadary and Tony Roberts will help commemorate the occasion. Radio Bloomsday on WBAI will reach others, while Bloomsday in Pittsburgh, Philadelphia’s Rosenbach Museum & Library, and Seattle’s Other Bloomsday are proposing similarly enticing events.

In Ireland and Hungary Bloomsday has naturally become a tourist institution, but the most exotic and exuberant festivities may be in Santa Maria, Brazil, where Bloomsday is advertised as “literally, a party!” and the Joycean formula “Here Comes Everybody” — which is from “Finnegans Wake,” not “Ulysses”— is used with sincerity.

Anyone shying away from Carnival-like goings-on may wish to curl up with one of the excellent studies available on James Joyce and Judaism, like Cormac Ó Gráda’s 2006 “Jewish Ireland in the Age of Joyce: a Socioeconomic History” from Princeton University Press; Neil Davison’s 1996 “James Joyce, Ulysses, and the Construction of Jewish Identity” from Cambridge University Press; and Marilyn Reizbaum’s 1999 “James Joyce’s Judaic Other” from Stanford University Press.

In 1985, “Ulysses” was published by Hotsaat Mahbarot Le-Sifrut in Tel Aviv in a Hebrew translation by Yael Renan of the Department of Hebrew Literature, Tel Aviv University; Professor Renan is also a noted translator into Hebrew of Joyce’s friend Samuel Beckett.

Readers awaiting a Yiddish translation of “Ulysses” may have a long wait, although one blogger recently posted a few tentative paragraphs online to get the ball rolling: “Nayn, hot Mr. Bloom gezogt, ich bin yezt tsurik gekumen of a lavaya.” (“No, Mr. Bloom said. I have just come from a funeral”). It’s party time!