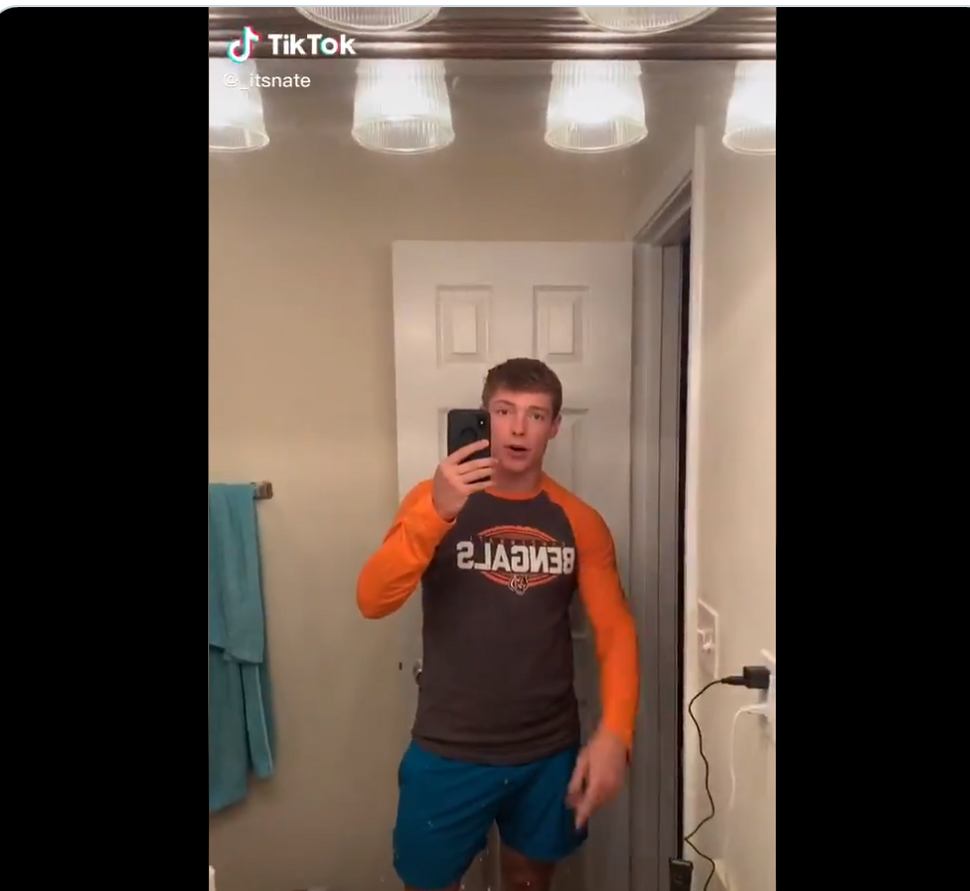 2nd Lt. Nathan Freihofer in an August 31, 2020 TikTok. Freihofer made a Holocaust joke in the since-deleted post. Image by Twitter

TikTok, whatever your feelings on the security of its Chinese ownership, is a hub for creative content — much of it Jewish. But like any other platform, it’s also vulnerable to the contributions of the crass, misguided and offensively unfunny.

“If you get offended, get the fuck out because it’s a joke,” he says.

May be contrary to Army’s “Think, Type, Post” social media policy, but hey what do I know pic.twitter.com/TpkLr1xhPt

“Reason 1 million why I will never be verified: dark jokes,” Freihofer, an officer in the U.S. Army, said in the video, before asking what a Jewish person’s favorite “Pokemon” character would be.

“Ash,” he answers with a smirk before laughing like the world’s most punchable dolphin. “If you get offended, get the f—k out because it’s a joke,” he concludes. “Don’t be a p—y.”

Given the spate of young TikTokers roleplaying cremated Shoah victims and the general trend of antisemitism on the app, this was the last thing we needed.

But the good news is there may be consequences for once.

A spokesman for the 18th Airborne Corps, where Freihofer serves as a soldier, told Task & Purpose, “The command is taking immediate action looking into this,” adding that several conversations had been already had at the “highest levels” of the corps.

The post is a likely violation of the Army’s “Think, Type, Post” policy, which insists that officers only send out messages that “demonstrate dignity and respect for self and others.”

Thankfully it’s not all bad news on TikTok. If you need a palate cleanser from lazy antisemitism, you can always watch this young woman’s videos of shtetl life. We’d say they should be required viewing for Lt. Freihofer, but, let’s be honest, his TikTok privileges should be revoked — at the very least.