Mandy Patinkin and Kathryn Grody will scare you into voting 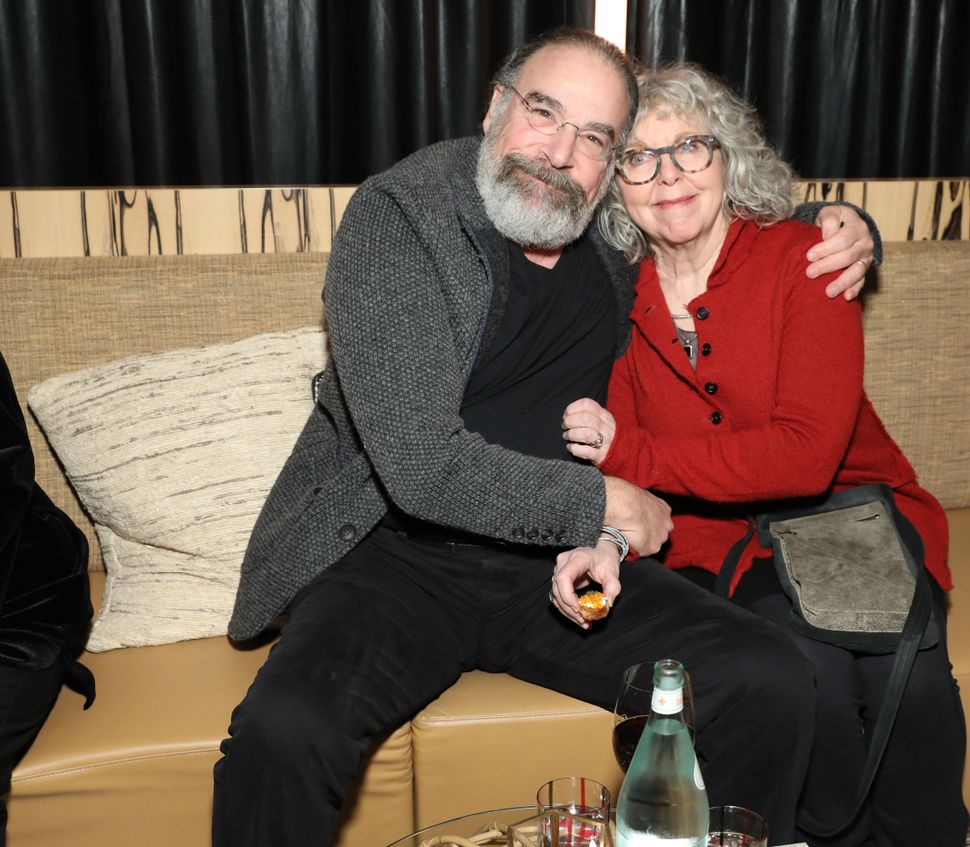 Mandy Patinkin and Kathryn Grody continue to be quarantine’s favorite Jewish parents — at least on Twitter.

When they’re not being quizzed about internet slang by their son, playing trivia games or singing snatches of commercial jingles, they’re demonstrating how to phone bank all from their home in Arizona.

My glorious AF wife Kathryn helped with my latest campaign video. Whatever the polls say we have to stay calm and resolute in this fight, giving whatever time, money and power we can. Get active to get out the vote TODAY. https://t.co/JMq7rJIXuE #GOTV #createtheoutcome #VOTE pic.twitter.com/5K7DHjkWFo

The two are civic-minded, but they’re also actors, so they have been known to let their emotions get the better of them. A new ad pushing out the vote plays on their considerable passion for informative laughs. Mandy begins with stentorian narration, spelling out the high stakes of the November 3 election as ominous music drones behind him amid scenes of chaos and stills of establishment Republicans.

Then, Grody corrects course, urging a more moderate tone. She suggests that the political temperature is too hot these days, and gently tells viewers to vote for senators and local candidates as well

“I understand Biden may not be everyone’s ideal candidate, but you know what? He is human and decent and kind, and guess what? People voted for him, so that’s democracy,” Grody says.

Naturally the litany of issues — from the Supreme Court and immigration and finally racial justice and climate change — get her to lose her cool.

“Everybody needs to help everybody get out the vote in any way they can, cause come November, whatever the outcome, this is just the beginning,” Grody said. “We are gonna have to fight for these issues for a very long time and we can’t do anything unless we vote!”

The message comes through loud and clear. To the point where the word “vote” is still ringing in my ears.

Ted Cruz, a massive fan of “The Princess Bride,” may continue to fume over the fact that Inigo Montoya himself is a vocal Democrat. But if you share the Patinkins’ politics, you may be tickled by the video, and completely won over by Patinkins’ description of Grody as his “glorious AF wife.”

I guess he learned some of that internet slang after all.

Mandy Patinkin and Kathryn Grody will scare you into voting