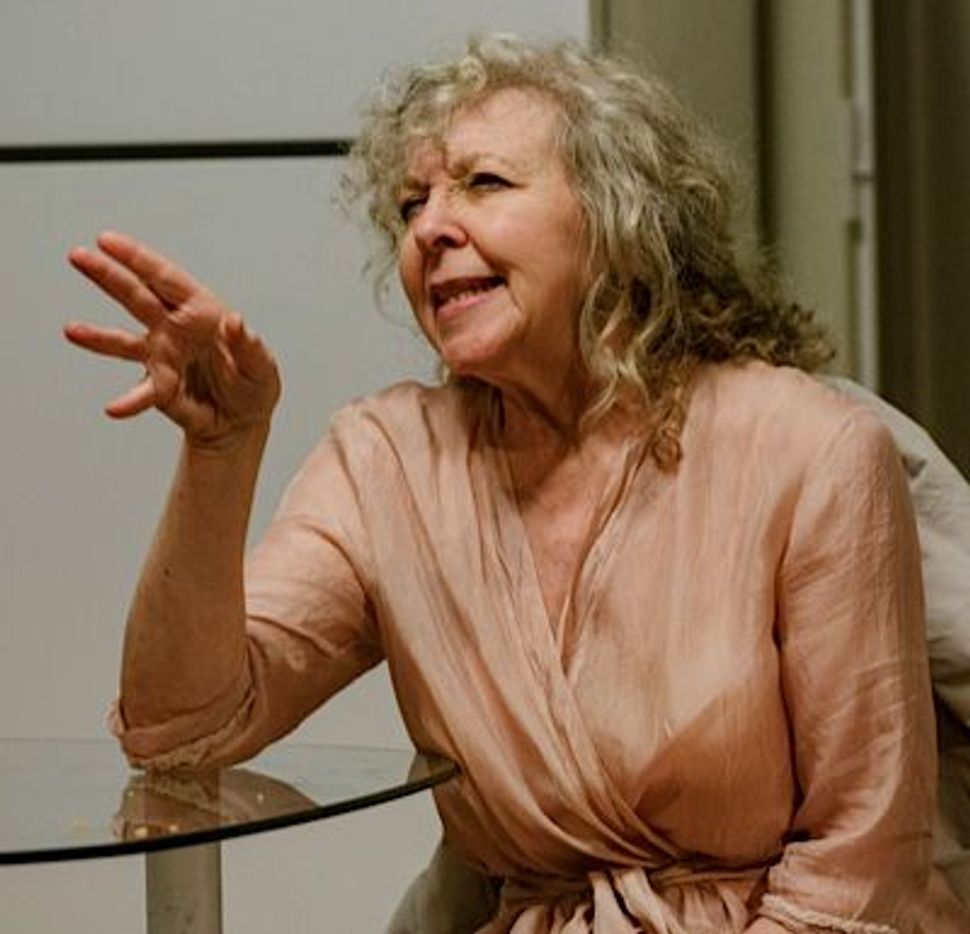 The actress, on her way home after a recent preview performance of “The Model Apartment,” hadn’t made it out of the lobby when several audience members waylaid her. What happened next is both a tribute to Donald Margulies’ play and to Grody. 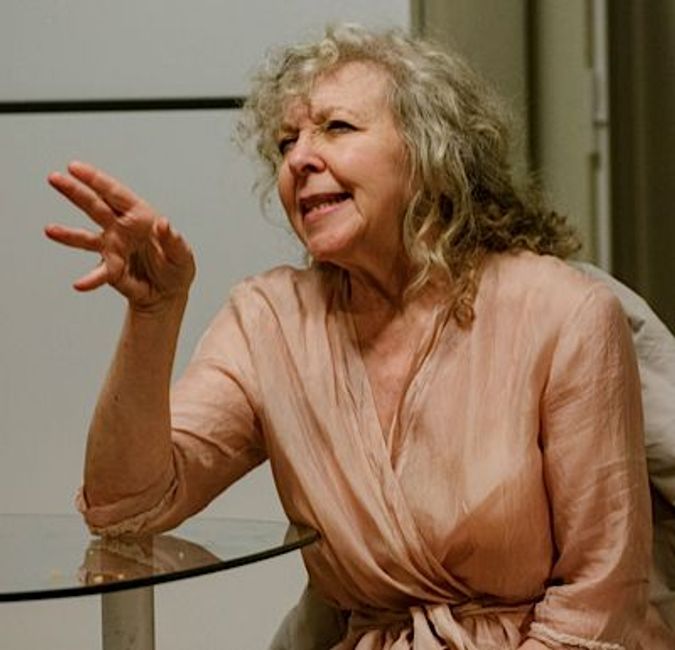 The play is intense and at times difficult to watch. Max (Mark Blum) and Lola (Grody) are survivors — she of the camps, he hiding in the woods. They’ve left Brooklyn for a new development in Florida, but arrived before their apartment was ready. So the developer puts them up in a model apartment where all the appliances are fake.

As they fled the Nazis they now flee from their daughter, who is obese and emotionally disturbed, but who somehow manages to get out of the institution where she lives and find them. She’s soon followed by her much younger and also troubled African-American boyfriend.

“The Model Apartment” is about many things, including the impact of the Shoah on the children of survivors. But much of what happens is open to the interpretation of audience members. Which is why the ladies hung around after the show to discuss what they’d seen and approach Grody on her way out.

Grody patiently answered all of their questions and more. As she told The Arty Semite several days later, “I ended up going out with one of the women. I continued to talk on the sidewalk with her. I was going to take a taxi home and was going to give her a lift if she lived on the West Side. But she lived on the East Side, so we started walking towards 84th Street. And when we got there I told her I was going to get a bite to eat. I didn’t get home until one in the morning. I’m sending her a Haggadah; Mandy [Patinkin, her husband] and I made our own Passover Haggadah and I’m putting that in the mail to her.”

During the rest of a telephone interview, Grody spoke about her take on the play, why no one thinks she’s Jewish and who cleans her kitchen.

Curt Schleier: This is a very uncomfortable play.

Kathryn Grody: It’s so funny that you use that word. It’s exactly the word my 27-year-old son said. He said the play makes him uncomfortable, which I think is good. I think it fascinating that we used to go to cultural events to be moved and challenged. But I think we’ve become used to being pacified so that it’s uncommon to be uncomfortable.

I think some people were expecting something a little lighter. The play has some comic moments, but it’s a black comedy on a dark, moonless night comedy.

I think if people expect light hearted, there are plenty of light hearted things they can see. I don’t know if those people [who expressed disappointment] are subscribers [“Model Apartment” is a production of Primary Stages, which offers a season-long subscription series] and usually see light hearted things. And it does seem like a Neil Simon comedy in the beginning, but then more and more is revealed. That nothing in the apartment works is a brilliant metaphor [for the dysfunctional family]. This is a play that calls on the audience to be attentive listeners. If you want to be lulled into a pleasanter place, if that’s why you go to the theater, then you’ve made a mistake for an hour and a half [the play’s running time].

In the post-show conversation, there were questions you couldn’t answer with certainty. Did the actors get a chance to create a back story for their characters?

Back story is not what Donald Margulies cares about. He cares just about this story that he’s telling. I felt Lola was more emphatic than the director [Evan Cabnet] did. Mark and I did talk about the importance of the fact that I was a survivor of the camp and he hid in the woods, and in the beginning I played it with a little stronger edge: He didn’t know what trouble was like I did because he was hiding in the woods. But Evan felt it got in the way. But mainly the focus was on the events of the night, with a lot left open to the imagination of the audience.

This is a difficult and I assume emotionally strenuous part. Did you have any reservations about taking it on?

I had no reservations. Although I’ve already gained two pounds. It’s funny, really being hungry and eating things I usually don’t eat, like pastas and ice cream. There is a sadness to this play, a deep, deep sadness. I think the uncomfortableness for me is about unresolved relationships. I think the theme is not just the Holocaust, but about a trauma of any kind where a person is abused. If that is unresolved you unconsciously pass that on to people you live with, and that is the sad message of the play.

You’ve said in the past that people assume you aren’t Jewish because of your last name.

I wish my grandfather hadn’t changed his name from Goradetsky. He was in the garment business in New York and suddenly threw the family in a Model-T Ford and drove across the country. What my father found out quite a bit later was that in the ‘20s the garment business was run by Italians and Jews. My father gathered that my grandfather got into trouble with the Italians. I grew up in the Valley, in Sherman Oaks. I have this theory, completely anecdotal, that the more conservative Jews stayed on the East Coast and the more progressive went west.

Let’s talk household chores. Does Mandy say ‘I have Emmys, you have to do the dishes’?

[Laughs] No, actually, the kitchen is his favorite place to clean. But we have made compromises. We never found a temple we were both comfortable with. Both our sons were bar mitzvahed; my brothers were not. Mandy knew if he wanted our sons to have a formal Jewish education, he had to take care of that. It didn’t speak to me. Abraham Heschel spoke to me. Still, we have Shabbat here most Fridays. There is much more [Jewish] practice here than I grew up with and much less than what Mandy grew up with.