What Philip Roth and Sandy Koufax have in common 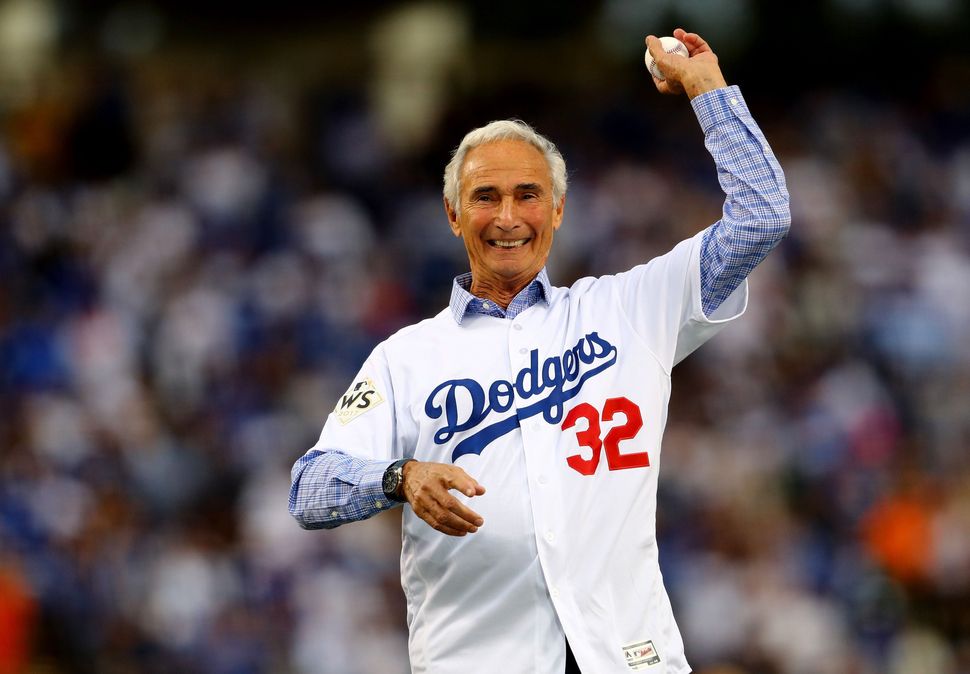 When Philip Roth’s estate was auctioned off in July of last year, among his possessions was a 1963 Topps baseball card of Sandy Koufax. It sold for $950.

“Roth, a baseball and Dodgers fan, was a lefty like Koufax to whom some felt Roth bore a resemblance,” Litchfield County Auctions wrote in the lot description.

Koufax, who turns 85 today, was born in Brooklyn and pitched 12 seasons for the Dodgers, moving with them from his native borough to Los Angeles in 1958.

Dubbed the “Left Arm of God,” he is one of 21 pitchers to throw a perfect game and holds the record for the second most no-hitters of all time (he was the first to crack four). The bonus baby was the youngest player ever elected to the Baseball Hall of Fame and arguably the greatest pitcher of his generation.

He remains the foremost David of the mound — if a 6-foot-2-inch-tall one — having slung countless fastballs past giants at the plate. Yet, it was one of Koufax’s off-field exploits that many Jews remember best. In October of 1965, he decided to sit out the opening game of the World Series, which fell on Yom Kippur.

“There was no hard decision for me,” Koufax said in a 2000 ESPN documentary. “It was just a thing of respect. I wasn’t trying to make a statement, and I had no idea that it would impact that many people.”

It did, continuing to pose a conundrum — or set a hallowed precedent — for Jewish players whose late season games often overlap with the Days of Awe. Hank Greenberg may have beat him to the punch, excusing himself from a Yom Kippur game in 1934 during the Tigers’ pennant race. But it wasn’t the World Series. And Greenberg, while perhaps our greatest slugger, wasn’t Koufax.

Koufax has been tight-lipped about whether or not he went to shul that day — or even fasted — but it hardly matters.

As with Roth, his brand of Jewishness needn’t be religious to have meaning, nor is it divorced from tradition. Such an identity can be complex, fluid and of a piece, like the snaking stitches of a baseball, or Koufax’s dreaded four-seamer.

What Philip Roth and Sandy Koufax have in common