What was Captain America doing on Trump rioters’ shirts – and what would Cap think? 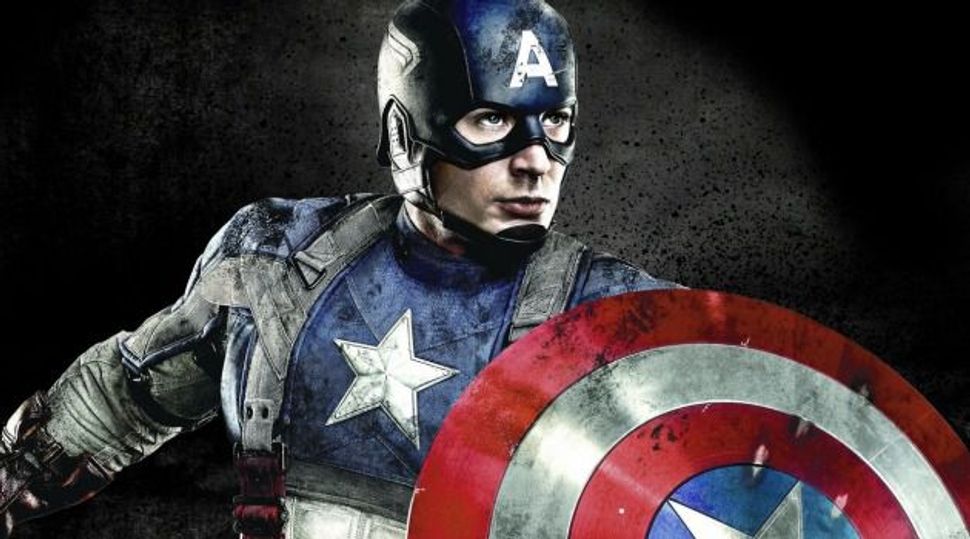 “While watching the horrific videos of the storming of the Capitol, I thought I noticed someone in a Trump/Capt. America t-shirt!” Kirby wrote in a statement obtained by CNN’s Jake Tapper. “I was appalled and mortified. These images are disgusting and disgraceful. Captain America is the absolute antithesis of Donald Trump.”

As Kirby wrote in his rebuke, Captain America was the brainchild of his dad and Joe Simon, “two Jewish guys from New York who hated Nazis and hated bullies.” Cap, whose real name is Steve Rogers, debuted in 1941 dealing a haymaker to Hitler. He has since served as a selfless symbol of American probity and a champion of the underdog. Kirby contends that Trump is something else entirely.

Kirby is not the first to make this point. A little more than a year ago, “Maus” author Art Spiegelman got in trouble for likening our sitting president to Captain America’s arch-foe.

“In today’s all too real world,” Spiegelman wrote in his draft introduction for a Marvel Comics anthology, “Captain America’s most nefarious villain, the Red Skull, is alive on screen and an Orange Skull haunts America.”

Spiegelman said an editor reluctantly told him to ditch the reference, citing the comic company’s desire to stay “apolitical.” He responded to the request by pulling the essay publishing a piece in The Guardian, stressing how fascism shaped the progressive, and undeniably Jewish, ethos of the Golden Age of Marvel.

As Kirby’s note suggests, Marvel has never been apolitical. Well before Spiegelman compared the Red Skull to Trump, Marvel did. (Marvel Entertainment CEO emeritus and Trump donor Ike Perlmutter was mum on the subject at the time, though many, including Spiegelman, implied he played a part in challenging the “Orange Skull” aside.)

If the company were truly invested in keeping one of its flagship characters out of the political fray, they should have had a sit down with actor Chris Evans, who was railing against Trump before he ever hung up the shield in “Avengers: Endgame.” They also probably should have nixed the “Civil War” storyline, which is not so subtly criticizing the Patriot Act.

Captain America — or his Trumped up iterations — appears to be a newer symbol for the mob that stormed the Capitol, whose far-right ilk tend to favor the skull insignia of violent comic book vigilante Frank Castle, or the Punisher. On Twitter, Jon Bernthal, the Jewish actor who plays Castle, upbraided rioters. Punisher co-creator Garth Ennis was of the same mind.

I’m with you. Beautiful work. These people are misguided, lost, and afraid. They have nothing to do with what Frank stands for or is about. Big love. J. https://t.co/Q4GpaGW3ek

Steve Rogers is more white-bread in his MO than Castle’s murky brand of morality, and while he’s lived many lives in eight decades — including as a werewolf — he has stayed pretty politically impartial, hewing to a higher ideal of our country’s values. He’s definitely a country over party kinda guy.

When Republicans and Democrats desired him for their presidential ticket, he turned both down. In an arc from the Nixon administration, where the fictional U.S. president was the covert leader of an evil terrorist organization, the Secret Empire, Cap pursued him to 1600 Pennsylvania Avenue to hold him accountable.

As the writer of that storyline, Steve Englehart, said: “I was writing a man who believed in America’s highest ideals at a time when America’s President was a crook. I could not ignore that. And so, in the Marvel Universe, which so closely resembled our own, Cap followed a criminal conspiracy into the White House and saw the President commit suicide.”

So, we have some clarity about what Captain America — or at least his later writers — might make of Trump. Neal Kirby, who said the events at the Capitol, “inspired and fomented” by Trump, would haunt him forever, made it clear what the two Jewish kids who first dreamed him up would think.

“My father, Jack Kirby, and Joe Simon, the creators of Captain America and WWII veterans, would be absolutely ashamed of these images,” Kirby wrote. “Several of our presidents held the same values as Captain America. Donald Trump is not one of them.”

What was Captain America doing on Trump rioters’ shirts – and what would Cap think?