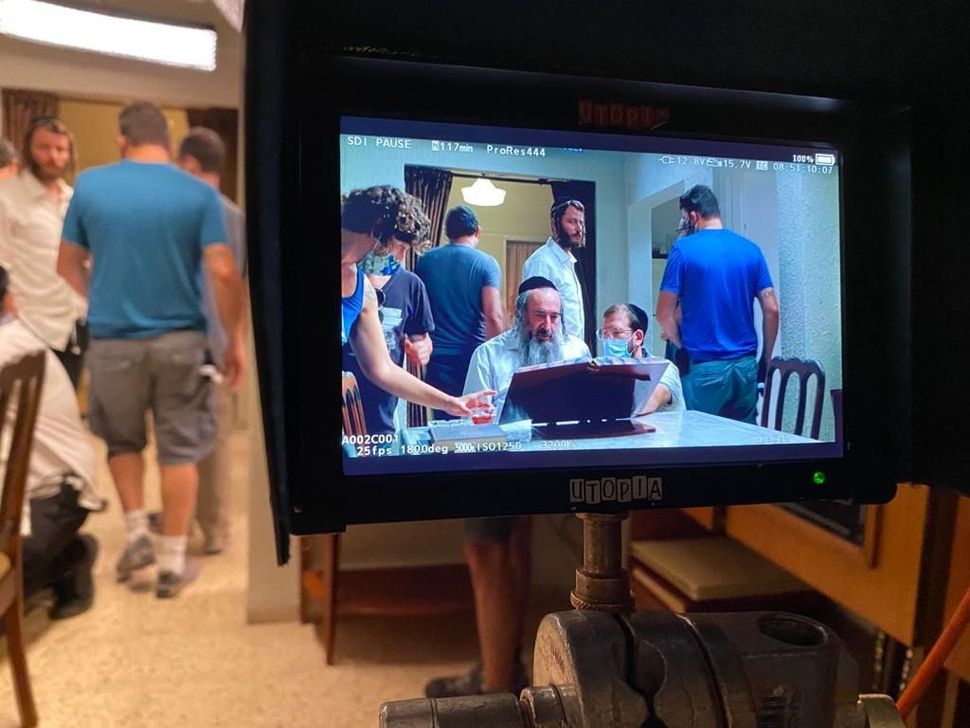 The cast of ‘Shtisel’ films during the pandemic. Courtesy of Yes Studios

Fans of the hit drama “Shtisel” had to wait five years for the nine new episodes that dropped on Netflix this weekend. Chances are, they won’t be waiting nearly as long for the next batch.

While Netflix has yet to officially announce a fourth season of the popular Israeli series, it’s all but certain they will.

The series, which follows the dysfunctional dynamics of the ultra-Orthodox “Shtisel” family, has transfixed American audiences – particularly those in the Jewish community. The show debuted on Israeli television in 2013, aired for two seasons, received positive reviews, but remained largely unknown to viewers outside of Israel until Netflix picked up the first two seasons in 2018. The Israeli actors, who had moved on to other projects, were suddenly finding themselves being asked for photos in airports. Their social media followings ballooned.

Other Israeli shows soon followed, making the trip across the Atlantic. Netflix distributed “Fauda” and “When Heroes Fly” – both of which shared actors with “Shtisel.” “False Flag” became a hit for Hulu. “Tehran” and “Losing Alice” – the latter starring “Shtisel” actress Ayelet Zurer – both earned critical praise when they aired on AppleTV+. “In Treatment” and “Hostages” got American remakes a decade ago, a trend that continued with more recent entrants like “Euphoria” on HBO and “Your Honor” on Showtime.

Networks like HBO, Showtime, AMC, Hulu, NBC and CBS have all traveled to Israel hoping to find television’s next big hit. Karni Ziv is a television executive in Israel behind some of the country’s most popular shows – including “Prisoners of War,” which became the hit series “Homeland” in America. She helps organize the annual Innovative TV Conference in Jerusalem, so networks can see what Israel is working on next.

Ziv thinks the trend of America importing Israeli shows all comes down to the writing. “I think that mostly they’re finding special ideas and very good writers,” she said. “We don’t have big budgets to make very big shows. We need to go to drill down on the story, on the dialogues, on the characters and just when we know that that’s OK, we will go to a show.”

She explained that Israel does not use the typical “pilot” system, where a costly first episode of a show is made and then tested in front of network suits. “We don’t have the money for that,” she said. “We can’t use a big budget to cover a not very good story.” 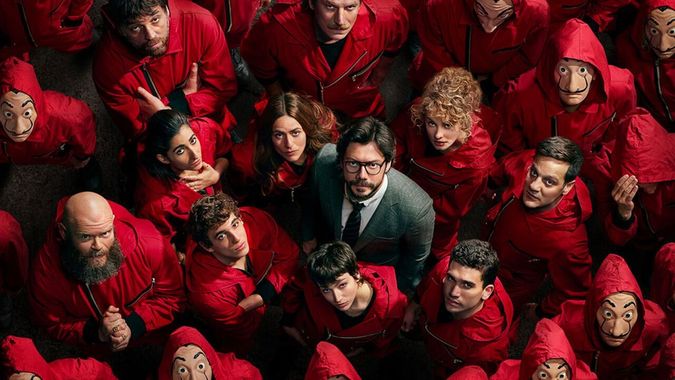 In recent years, Netflix has been expanding its library of international content. The Spanish action series “Money Heist” – described as “24” meets “Oceans 11” – became one of Netflix’s most popular series ever with 65 million subscribers watching the show’s new fourth season in just its first month. Netflix has seen similar success with the French heist series “Lupin.” To make these shows easier for Americans to watch, Netflix hired voiceover actors to dub every episode into English.

And it’s not just dramas: “Call My Agent,” a French comedy, and “W1A,” a British version of “30 Rock,” are both finding new audiences in America.

While the content has struck a chord with viewers, these series solve a more practical problem for Netflix: a fresh pipeline of content to make up for a slowdown in television production during the pandemic.

The third season of “Shtisel” was filmed in the summer of 2020 amidst the coronavirus outbreak. Actors were quarantined and tested each day on set and the crew wore personal protective gear. Filming took around two months, a relatively short amount of time for an entire season of a TV series.

TV and film production is already back and up running in Israel, which led the world in a vaccine rollout. Michael Aloni, who plays the lead character Akiva on “Shtisel,” is currently filming “The Beauty Queen of Jerusalem” based on the bestselling novel of the same name. Yes TV, the same studio behind “Shtisel,” has already commissioned two seasons of this series.

Netflix likes to ride the wave of social media conversation around their shows, and often greenlights new seasons shortly after a show debuts. “Bridgerton,” a British period drama that became the #1 show on Netflix over Christmas, was renewed for a second season shortly after the New Year. The lush series reportedly costs tens of millions of dollars to make.

Given the low-cost, high-reward of a series like “Shtisel,” fans could potentially hear news of a fourth season in the coming weeks.

In the meantime, an American remake of “Shtisel” is already in the works.