70 years after U.N. convention, a new — and old — way to visualize refugee journeys 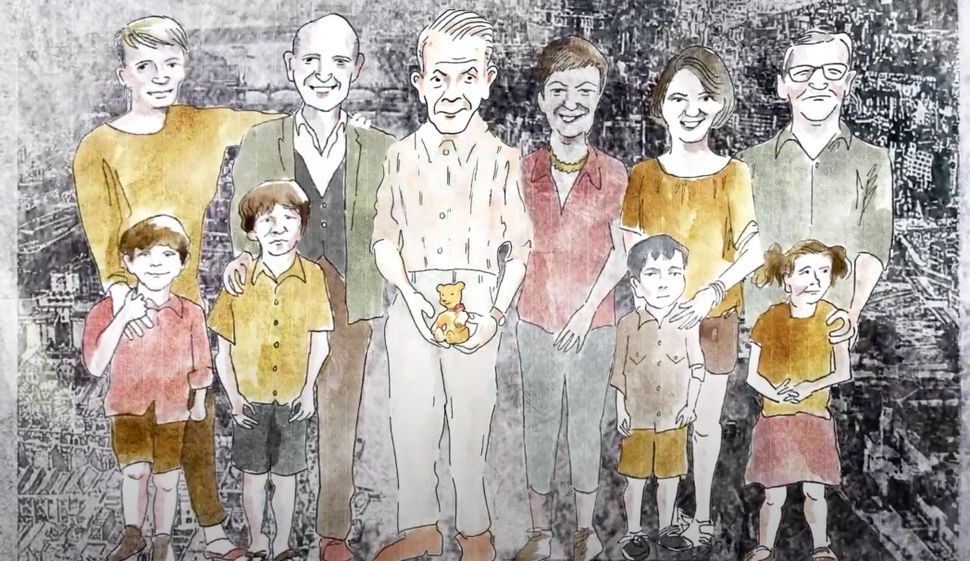 An image from the Reboot exhibit “What Would You Bring.” By Christopher Noxon and Rebecca Odes

July 28 is probably not marked on your 2021 calendar. But, as the 70th anniversary of the United Nations Refugee Convention, it is one of the most consequential days of the year for the 82.4 million people who the U.N. noted were “forcibly displaced” in 2020.

In the wake of the massive upheaval of World War II — and the terrible consequences of the pre-war abandonment of Europe’s Jews — the global community came together in 1951 to agree what “refugees” were and how states should behave towards them. Now, in commemoration of the anniversary, a new online exhibition titled “What Would You Bring?” is asking viewers to consider the extreme difficulty of refugees’ lives through the lens of the objects that accompany them through their ordeals.

The project, produced by Reboot, a Jewish arts and culture nonprofit, emerges at a time when there are a record number of refugees across the globe, including the turbulent crush of the first wave of climate refugees. Its title, which suggests a degree of choice in the process of becoming a refugee, is a little misleading — pointing to its aspirational public engagement, rather than to its initial exhibition.

The five actual refugees featured in the show had little choice as to what to bring with them. Instead, in three affecting videos, two illustrated stories and a poster, the exhibit shows how the particular events that led to the survival of an arbitrary object — carpet, china, teddy bear— really tell the story of how their owners escaped, respectively, Islamic theocracy, the Soviets and the Nazis.

“The film is a stop-motion animated drawing that is divided into three parts,” she said, mirroring the crockery, which “was carefully wrapped in layers as they made their way across the borders seeking refuge and starting a new life. The drawings begin with using tea as a drawing medium … shapes and details dissolving and transforming into the final black and white image, when the story is complete.” As a constantly evolving palimpsest, the animation drawn in tea accentuates the reality of transition and flux that was a feature not only of Zinder’s journey, but also of many refugees’ escapes.

Every family has a story. What are the objects that tell yours?
Reboot’s new “What Would You Bring?” project shares the story of refugees through the things they brought with them on their journey. pic.twitter.com/zR1AObEWTJ

Juliet Simmons, the project’s producer, explains in an accompanying blog post that she found a teddy bear in the YIVO reading room and, although she didn’t know who it belonged to, knew that it must have been “precious to the person who brought it. I imagined that my grandmother had probably had a similar bear when she was a child.” A still from a video about John Hadju’s refugee experience in the online exhibit “What Would You Bring?” By Christopher Noxon and Rebecca Odes

Simmons, like most Jews, has refugees in her family. That’s how she, a creative producer, came to volunteer at a center for refugees and asylum seekers. And it’s why she, as a member of Reboot, turned her attention to the stories of people like her grandparents. And, in fact, a teddy bear just like the one that inspired the whole project appears in the tale of John Hajdu’s moving escape from Hungary, represented by filmmakers Christopher Noxon and Rebecca Odes.

The arresting thing about projects like “What Would You Bring?” for Jewish organizations is that we are a people whose foundational story is about being refugees, and whose modern experience is about many forcible displacements.

In 2014 and following, the Forward ran a similar “heirloom” project, which looked closely at different family heirlooms and the stories of their survival in American Jewish households over decades — sometimes even centuries. The objects provided, in that project as in Reboot’s, a way of talking about families’ survival, of remembering where we come from and how objects can be reappropriated and given new meaning in contemporary life.

Whether it’s Forward readers’ heirlooms, the pink rabbit of Judith Kerr’s “When Hitler Stole the Pink Rabbit” or the specific items borne by Vietnam soldiers in Tim O’Brien’s “The Things They Carried,” stories of objects themselves — whether real or fictional — provide vehicles through which a larger story can be told. The physical objects we carry are the means by which we access the familial, historical baggage we choose to carry. As the Reboot project tags it: “Every family has a story. What are the objects that tell yours?”

“What Would You Bring?” is a hybrid project intended to involve public contributions, and perhaps to even include an eventual in-person component. This initial exhibition, which calls for the submission of more stories with an inviting poster by artist Lisa Brown, is slick and compelling but, given how few stories it tells, pretty thin. The scroll-through stories especially lack real weight: Violet Sassooni’s story of how she escaped the Iranian Revolution with a carpet is brightly illuminated by English artist and poet Sophie Herxheimer., but while the illustrations are fun, the whole product is hardly transformative of Sassoon’s account.

It remains to be seen whether there will be a significant public engagement with the exhibition, and whether the mass of similar stories out there will supplement the existing online exhibition. All we can say is that the affected audience is, tragically, expanding. The number of refugees worldwide has doubled since 2010 and is continuing to grow. As a people we know what it is to be forcibly displaced and to have to continually re-find a home. “What Would You Bring?” gives us a small flavor of that knowledge.

70 years after U.N. convention, a new — and old — way to visualize refugee journeys