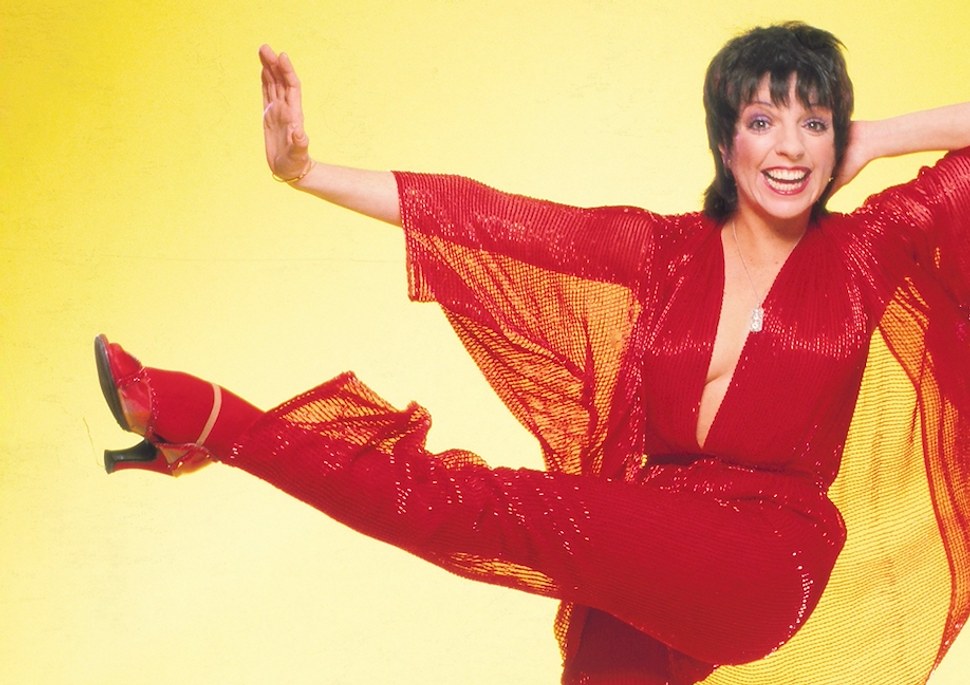 Like her mother before her, Liza Minnelli is not Jewish. But her life and career has found her inextricably linked with Jewish partners and collaborators.

Take, for example, her award-winning 1972 TV concert film, “Liza with a Z,” which is being broadcast on PBS-TV for the first time beginning this weekend (check your local listings). The concert film, which garnered four Emmy awards and a Peabody, was co-produced by director/choreographer Bob Fosse and songwriter Fred Ebb, one-half of the Jewish songwriting duo of Kander and Ebb that enjoyed a decadeslong association with Minnelli. Recorded in the wake of the successful film adaptation of “Cabaret” — one of several Kander and Ebb musicals in which she starred and for which she won an Academy Award — the concert was conducted by Jewish-American composer Marvin Hamlisch and included a brand-new Kander and Ebb song written expressly for the event (“Liza with a Z”).

Minnelli’s affinity for Jewish material traces back at least as far as high school, when she played the title role in the drama club’s staging of “The Diary of Anne Frank.” The production was so good it wound up touring Israel. While growing up with Judy Garland as a mother and film director Vincent Minnelli as a father gave Liza a leg up in terms of being familiar with the inner workings of show biz, it was an auspicious beginning to her career in entertainment, which included work on the stage and the silver screen as well as in the concert hall and the recording studio. It’s no surprise that Minnelli is one of those rare few who claim EGOT status; she’s one of only about 20 people to have won Emmy, Grammy, Oscar and Tony Awards.

Nor does it come as a great surprise that Minnelli has recorded literally dozens of songs by great American-Jewish songwriters. Her parents, after all, named her after the George and Ira Gershwin song “Liza (All the Clouds’ll Roll Away).” (That song, incidentally, was recorded by Al Jolson, whom many consider to have been Judy Garland’s role model.) Minnelli has also recorded songs by Jerome Kern, Stephen Sondheim, Jule Styne, Richard Rodgers and Lorenz Hart, Harold Arlen, Yip Harburg, Alan Jay Lerner and Frederick Loewe. Nor has she been immune to the lure of rock-era songwriters including Carly Simon, Randy Newman, Marilyn and Alan Bergman, Burt Bacharach and Hal David, and Jerry Leiber and Mike Stoller, who wrote hits for Elvis Presley and many other early rock ‘n’ roll and R&B artists.

Anne Frank is not the only Jewish woman Minnelli has portrayed dramatically. Minnelli starred as Mary-Lou Weisman in the 1985 TV movie, “A Time to Live,” based on Weisman’s “Intensive Care: A Family Love Story,” a memoir about her family’s struggles raising a son with a terminal illness. Minnelli garnered her second Golden Globe award for the role. 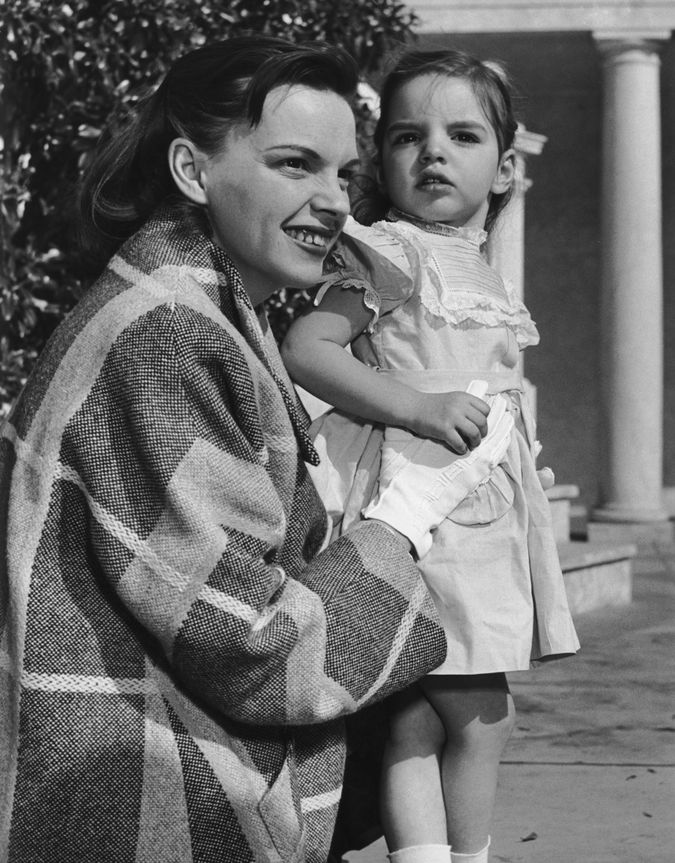 Minnelli’s half-sister, actor and singer Lorna Luft, was the product of their mother’s third marriage, to Jewish film producer Sidney Luft. Lorna Luft credits her Jewish grandmother for instilling her with an appreciation for Judaism, including the rituals, the customs and the culture. Luft’s first marriage was to Israeli-born rock musician Jake Hooker (born Jerry Mamberg in Haifa), best known as guitarist for pop-rock band the Arrows and co-composer of the song, “I Love Rock and Roll,” made famous via Joan Jett’s hit version in 1981.

In January 1993, Minnelli received the Sheba Humanitarian Award from the Friends of Sheba Medical Center, a hospital in Ramat Gan. Jehan Sadat was on hand to deliver the award to Minnelli at a ceremony in Los Angeles. In November 2011, Minnelli returned to Israel to attend the Cameri Theater’s Israeli premiere of “Cabaret”; while there, Minnelli took the opportunity to perform two concerts.

In 2002, American-Jewish reality TV star and music producer David Gest became Minnelli’s fourth husband. The ceremony took place at Marble Collegiate Church in Manhattan. The two were separated less than a year-and-a-half into their marriage, and they divorced in 2007. Gest was found dead in a London hotel in 2016 on the eve of a tour of the U.K. in a musical show called “David Gest Is Not Dead, But Alive with Soul.”

In 2017, nearly 50 years after their mother’s death, Liza and Lorna had Judy Garland’s remains disinterred from a mausoleum in Hartsdale, New York, and transported to the Hollywood Forever cemetery in Los Angeles, where Garland was reburied in the cemetery’s Jewish section, Beth Olam.