In a very Jewish World Series, it’s Astros vs. Braves, and rabbi vs. rabbi 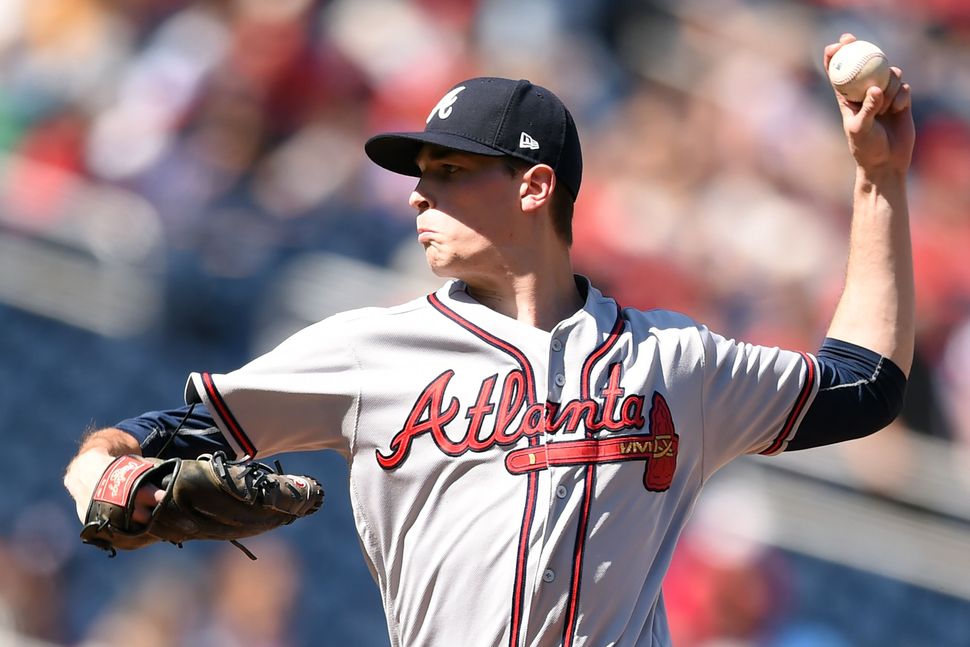 Land Of The Fried: Though Alex Bregman’s Astros are favored to make the World Series, they’ll have to get by Max Fried and the Atlanta Braves first. Image by Getty Images 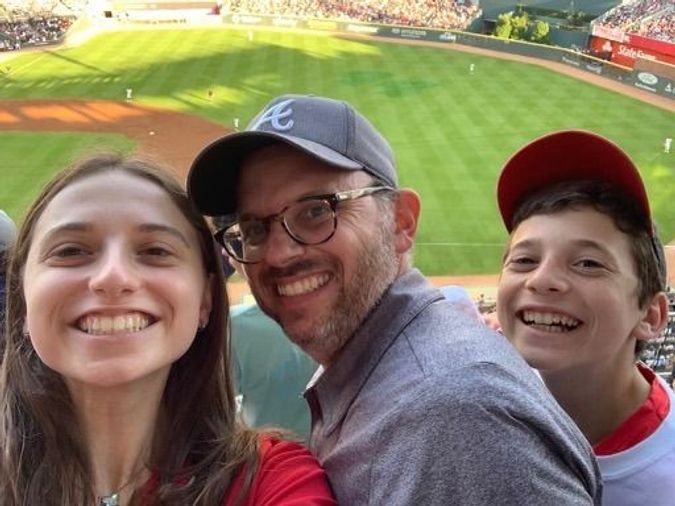 Rabbi Adam Starr with his daughter Yakira and his son, Adin — who gave away kippahs emblazoned with the Braves’ ‘A’ on his bar mitzvah. Courtesy of Adam Starr

Rabbi Adam Starr, who leads an Orthodox synagogue in Atlanta, found a way to make this year’s World Series more meaningful: he proposed a holy wager.

Tuesday afternoon — with only a couple hours to go before the first pitch of Game 1 — the longtime Braves fan texted his Houston-area colleague, Rabbi Barry Gelman, and suggested that whoever’s team lost the series would donate sefarim, or Jewish books, to the other’s institution.

A few minutes later, Gelman — a local JCC director and an Astros fan — texted him back: They had a bet.

Jewish baseball fans are kvelling over what’s been described as the most Jewish World Series ever. In the first inning of Wednesday night’s game, when the Houston Astros’ Alex Bregman steps into the batter’s box to face the Atlanta Braves’ Max Fried, it will be the first time a Jewish pitcher has ever faced a Jewish hitter in a World Series; the Braves’ lefty slugger Joc Pederson makes it three Jewish headliners in the Fall Classic for the first time since 1959. It’s a milestone for what has long been considered the most “Jewish” American sport.

But make an exception for Jewish fans from Houston and Atlanta, who are far less focused on the Jewishness of it all, and more concerned that their guys win.

Rabbi Brian Strauss, senior rabbi of Congregation Beth Yeshurun, a Conservative synagogue in Houston, is rooting hard for Bregman — no matter that Fried, too, had a bar mitzvah.

“I hope he takes him deep,” Strauss said with a laugh. (In other words, he hopes Bregman hits a home run.)

They’re even more sanguine on the other side of the Mississippi. Starr, senior rabbi at Congregation Ohr HaTorah in Northeast Atlanta, said he’d be rooting for Bregman to strike out every time — even if the pitcher facing him isn’t Jewish.

“At this point,” Starr said, gritting his teeth, “I want the Braves to win.”

The two Bible Belt cities facing off in this year’s World Series have similar Jewish communities, in a way analogous to the cities’ similar place in baseball — not quite New York or Los Angeles, but proud, and on the rise — and their rabbis are leaning into the fun.

Starr and Gelman aren’t the only rabbis who made a bet. Houston’s Congregation Emanu El and Atlanta’s Temple Sinai — Reform synagogues whose rabbis are old friends — are wagering a to-be-determined tzedaka sum, and their rabbis dressed up in team gear for rivaling challenge videos to up the ante. (Emanu El is also showing the game in their building to high school students in their religious school, offering short Torah lessons during commercial breaks.)

As Strauss noted, the Jewish histories of both cities date back to the 19th century, and now have lively Jewish communities that are entrenched in local civic life. Atlanta’s Jewish population is a bit larger — 120,000 or so to Houston’s approximately 50,000 — which is growing a bit faster.

“Big Southern cities with nice, welcoming, warm Jewish communities,” is how Strauss put it, admitting: “It’s hard to cheer against Atlanta. It’d be much easier to cheer against the Dodgers.” 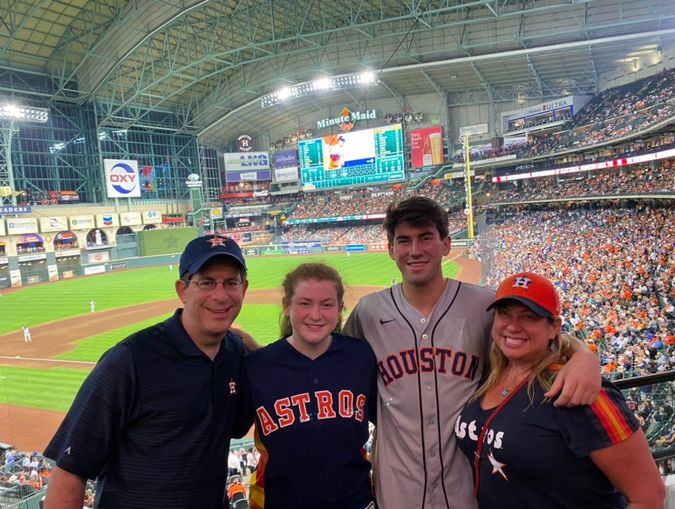 From left to right: Rabbi Brian Strauss, with his daughter Noa, his son Joshua and his wife Lisa at a recent Houston Astros home game. Courtesy of Brian Strauss

Filled with malice for the other’s team as both of the rabbis clearly were, there was still compassion to be found on both sides.

The legacy of the Houston Astros’ cheating scandal — their players confessed to using cameras to steal signs during the team’s 2017 title run — looms over this year’s World Series.

After the scandal unraveled in 2019, Strauss delivered a sermon about it to his synagogue, which is in Meyerland, the largest Jewish neighborhood in Houston.

“I was upset by it and I’m still upset by it,” he said. “It was careless and reckless and certainly immoral. I look at it now as they got their punishment and they made teshuva.”

More importantly, he said, Bregman — who to many remains one of the faces of the scandal — was an upstanding member of the Houston community who had contributed positively to the Jewish scene. When the pandemic first hit last year, Bregman did a promotional video to raise funds from Beth Yeshurun members for the Houston Food Bank.

Starr was not holding a grudge. “The Torah is forgiving to those who have repented,” he said. “Maybe they learned from their ways. I’ll be charitable.”

The rabbis were admittedly unable to divine God’s rooting interest in the game.

Strauss — who says he goes to six to eight Astros games each year — said God likely had more important things to worry about.

Hewing to the Jewish rule that for every two rabbis there are three opinions — this could never work with umpires — Starr offered a choice of philosophies.

“One side is God is involved in literally every single last aspect of the world, and nothing happens without God actively making it happen,” the rabbi said. “To another side, God is certainly involved in the world, but many aspects of the world were put in motion by the system God created.”

When it comes to which way the ball bounces, he said, he errs toward the latter. But ask him again in a week.

In a very Jewish World Series, it’s Astros vs. Braves, and rabbi vs. rabbi