At long last, premium Israeli whisky is here — was it worth the wait? 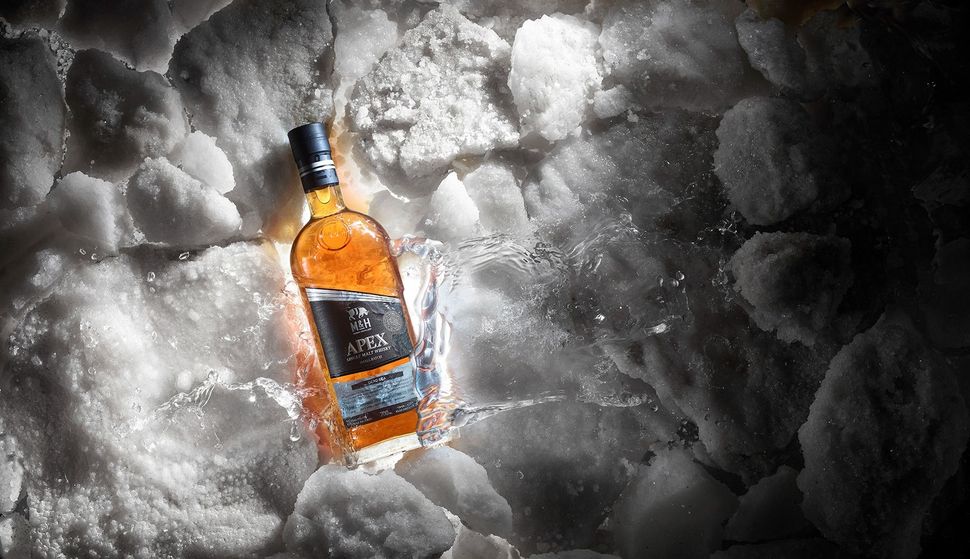 I’ve never anticipated a dram of whisky as much as the Milk & Honey APEX Dead Sea. I was waiting for over eight years for them to set up the stills, mature the whisky and send me samples but, even after ordering, I spent nearly two months hitting the refresh button to track my arriving bottles.

I first wrote about this Israeli distillery in 2013 when they were setting up shop under the guidance of master distiller Jim Swan — the “Einstein of whisky.” I spoke to founder Simon Fried about his hopes and expectations for the distillery and he, with Swan’s advice, was hoping to use the “climate playground” of Israel to both hasten and enrich the maturation process.

By 2017, when I spoke to CEO Eitan Attir, the distillery was selling whisky and welcoming people to its Tel Aviv visitor center. Any whisky manufactured using the Scottish technique needs to be matured for three years, so the spirits from the stills that Fried had told me were in place had just come of age and were ready to be sold. According to Attir, some of those first barrels were not so good but others were lovely and those barrels were bottled and sold.

Despite Swan’s tragic early death, his part in the vision of the distillery lived on. Milk & Honey began to experiment with the “climate playground” — sending barrels around the country to mature. Obviously, compared to Scotland, Israel’s temperatures are much higher, meaning that more of the spirit evaporates in any given period of time. There’s something appropriate about the Holy Land having to pay a higher proportion of this “Angel’s Share” but, from a business point of view, Milk & Honey loses more spirit from barrels stored in the Dead Sea than from barrels stored up in the Golan Heights.

I had hoped to visit the distillery in 2020 or 2021 to taste some of their main expressions — the classic single malt, the three flavors of the Elements series and the developing special series called Apex which is their high-end experimentation. Sadly, the pandemic has so far put paid to that. But, just before Thanksgiving, when I heard Gal Kalkshtein (founder and current CEO) say that Milk & Honey was selling an expression entirely matured at the Dead Sea I was intrigued and reached out to them to ask for a review sample.

They immediately dispatched a package to me from their distributors in southern California. For reasons unknown that package went out for delivery in the wrong borough of New York and was returned. I was surprised but not too anxious, as I have received hundreds of packages in all sizes and shapes during lockdown. I’d heard that the whisky was quite intense, with as much in common with the recent Taiwanese whiskies that they were trying to emulate as the Scottish single malts, and I was hoping to review it in time for the end of year holidays.

The distillery and I checked they had my address right, and added all imaginable details. This time, though, the package traveled unbidden and unwanted to the Navajo Nation. I’m not sure which representative of that Native American state declined to accept the sample of Israeli scotch or, indeed, what that might symbolically represent. For me it was just another occasion to smash the refresh button and, frustratedly, get back in touch with the folks at the distillery.

At this point I was salivating, but I had no real idea how good Israeli whisky might be. The Golani whisky that I’d tasted a few years ago was perfectly passable but at a $30-40 price point. Milk & Honey were aiming at an $80-$90 premium market and I simply had no idea whether the expression would merit it, or how storing the maturing spirit at the lowest point on Earth might affect the flavor. The idea of using different climates to shape different flavors is largely untested. Among others, Wild Turkey had experimented with aging their liquor in warehouses at different heights, temperatures and humidities but, as far as I know, had never made it a central marketing theme.

I spoke directly to the distributors and we decided to send the sample to my friends at Manhattan Valley Wines & Spirits. Perhaps, we all thought, an actual liquor store might stand out to the delivery agents as an appropriate destination for whisky. I received the tracking number and started tracking it. Even before the expected delivery date was pushed back a week once more, I realized that it was on a truck not a plane. The tracking information kept me apprised of the whisky’s slow and steady journey through Golconda, Nevada, Rock River, Wyoming, and Urbandale, Iowa.

Suddenly, while I thought it was heading east from North Ridgeville, Ohio, I got a text from Manhattan Valley — “Your whisky arrived!”

Within a few short minutes, I had my APEX Dead Sea, my favorite tasting glass and a pen and paper out on my desk. It was cold and dark outside, but warm in my living room. I poured the first dram.

First of all, you should know that, despite maturing almost 1400 feet below sea level at temperatures that exceeded 120 degrees Fahrenheit, there was nothing apparently extraordinary about the whisky. It might have a distinctive flavor, but certainly within normal parameters — it was a pale brown whisky like other pale brown whiskies. It had a sharp nose that was not just sweet (butterscotch rather than honey) but also with some savory notes, perhaps a hint of wood, maybe even oak.

The first taste, 8 1/2 years in the making, was emphatic! In my excitement to get to taste it, I hadn’t read the strength statement. A nice California cabernet sauvignon is about 14 percent alcohol by volume, most single malts and blended scotches are about 40 percent abv. I was punched by my first sip because Apex Dead Sea is 56.2 percent abv. That’s not unprecedented; cask strength whiskies (i.e. whisky that’s not watered as it’s bottled), including the incredible prize-winning Kavalans from Taiwan, can reach or even exceed that figure, but it is still noticeably strong!

One thing that such a strong alcohol content allows is the subtlety of the secondary flavors to percolate in a more foregrounded way. Usually when you taste a whisky the initial taste is relatively simple, with the more complex flavors unfolding over time. And, if you add a splash of water to the Apex, that’s what you get. But sipping cask strength whiskies the gestalt is different. The initial impression of alcohol and whisky is not simply separable on the fast sip, which means that you have to be highly confident of the slow taste as the liquid and vapors emerge.

And, though this is no Kavalan (almost nothing is!), Milk & Honey are right to have confidence in their spirit. There are deep tangy citrus notes to the Apex Dead Sea, with even a hint of pineapple. But, alongside the fruitiness, there’s a solid sense of wood — one reviewer suggested both elements of sandalwood and charred oak and I would agree that both are present over the full development of the taste.

It also succeeds in being distinctive. It’s neither a delicate vanilla or a sherry bomb of some recent single malt scotches, it’s not like the exquisite crystal of many Japanese distilleries or the bourbon-facing browns of some American single malts. Apex Dead Sea is not a peaty or smoky expression, but it definitely has a backbone. Any of its vanilla notes are incidental to a full-bodied, savory whisky.

So, after eight years and two months of waiting, I can confirm that the anticipation was worthwhile: premium Israeli whisky is here.

At long last, premium Israeli whisky is here — was it worth the wait?