A beloved book, a classic Italian film and now, a disturbingly timely opera 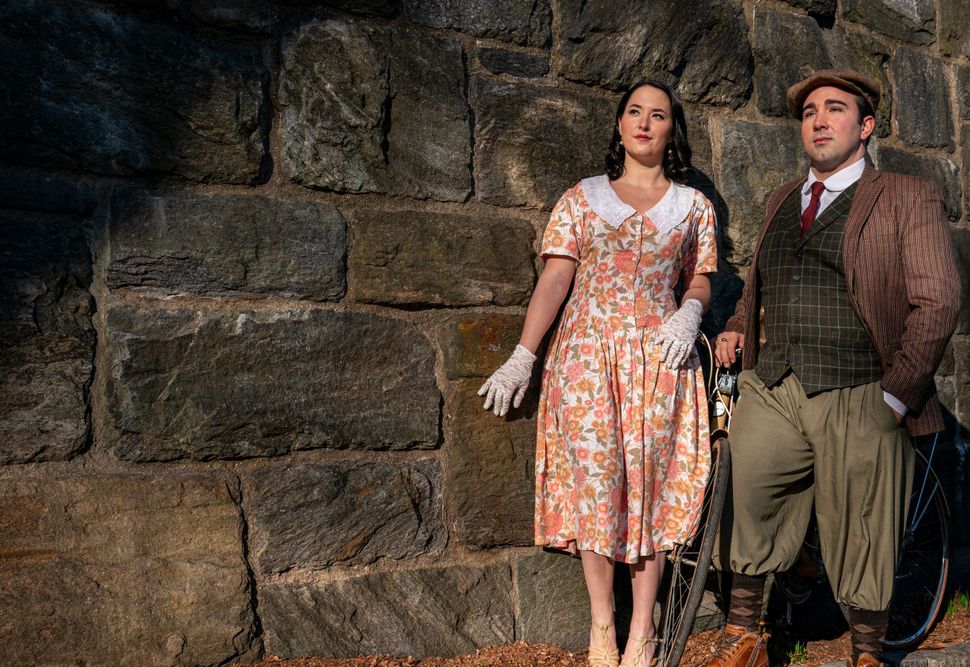 Rachel Blaustein as Micol and Anthony Ciaramitaro as Giorgio in a promo shot for “The Garden of the Finzi-Continis” opera.

“The Garden of the Finzi-Continis” had what its creators call a “difficult birth.”

Over a decade in the making, the opera, adapted from Giorgio Bassani’s book of the same name, which Vittorio De Sica made into an Oscar-winning 1970 film, was meant to be a part of the Minnesota Opera’s 2011 and then 2013 season. It didn’t end up opening, the librettist and composer say, due to opera company politics. Plans to debut it in early 2020 were sidelined by the pandemic. But in its long gestation, the work, about how two Jewish families are affected by the slow creep of antisemitic policy in Ferrara, Italy, in the 1930s, has only become more timely.

“The parallels are actually nauseating,” said librettist Michael Korie, a Tony nominee for his lyrics for the musical “Grey Gardens.”

To Korie, Donald Trump’s brand of nationalism corresponds almost perfectly to that of Benito Mussolini, who cameos in the opera in a sequence announcing Italy’s racial laws and revealing their dehumanization of Jews, no matter their political stripe. In the scene, these Italian citizens are denied access to banks, libraries, auditoriums and tennis clubs, the last prohibition setting the stage for the unrequited romance between the wealthy Micòl Finzi-Contini and the protagonist, Giorgio, who is based on Bassani.

“This is a Catholic country,” sneers one character, “And you people are our guest.”

While the Finzi-Continis are conservative republican Jews living in a walled, flora-filled estate, Giorgio’s family is middle class and his father was an early supporter of Mussolini’s populism. In the end, neither clan is safe.

Baked into the narrative are the consequences of elections, and the dangers of feeling complacent about the fail-safes of government.

“In our country right now there are people who voted for someone like Donald Trump – you might as well vote for Mussolini – who at first thought he was the right direction,” said Ricky Ian Gordon, the composer of “Finzi-Continis” and, with Korie, the co-creator of a 2007 opera adaptation of “The Grapes of Wrath.” “Many of those people, I would say a lot of them, were burned.” Rachel Blaustein as Micol and Anthony Ciaramitaro as Giorgio in a promo shot for “The Garden of the Finzi-Continis” opera. Photo by © Sarah Shatz

Gordon first thought to adapt De Sica’s film after revisiting it as an adult in 2008, well before the era of Trump’s true political aspirations. But he and Korie found material in Bassani’s book that fleshed out the characters and made the exact restrictions imposed on Ferrara’s Jewry more explicit.

Now central to the story is Alberto Finzi-Contini, the young and ailing lord of the manor whose sexuality, and attraction to his former college roommate Malnate, are explored in greater depth. Alberto’s wasting disease goes untreated, the opera makes clear where the film and book didn’t, because Jews are forbidden from seeking medical specialists.

During the early writing process, Gordon toured Ferrara and composed much of the work in a castle in Umbria as part of a residency. Gordon, like Bassani and De Sica before him, found the cemetery at the center of Ferrara an unmistakable landmark, and a vivid metaphor. But when Korie learned about the destruction of the synagogue in the city, he decided to begin and end the opera among its ruins.

The temple, built by the Finzi-Continis, is the site of Giorgio’s first encounter with Micòl, where the Jews of Ferrara are deported and home to an eternal flame that lends its imagery to an aria.

Musically, Gordon aimed to evoke the unique quality of the setting.

“I wanted to create my Italian opera,” Gordon said. “I wanted to enter that sort of august, summery, trees waving in the wind, the heat of the flowers, the garden, that sort of overripe sexuality, the yearning — the whole thing felt so perfumed by the Tuscan hillsides.”

The opera includes some Italian, and, during the roundup of the Jews – the inevitable end to the race laws – a Hashkiveinu for European Jewry. Both men are connecting with their Jewish roots, dedicating the work to their late fathers.

For Rachel Blaustein, who plays Micòl Finzi-Contini, the story is a personal one. Her paternal grandfather is a survivor who lost family to the camps after the Vel d’Hiv Roundup in Paris. It is her first lead role in a professional opera, and the first where she plays a character who dies.

“That’s going to be a very heavy, heavy scene and a heavy thing for me to work through, especially with having my family been so close to that storyline,” Blaustein said. 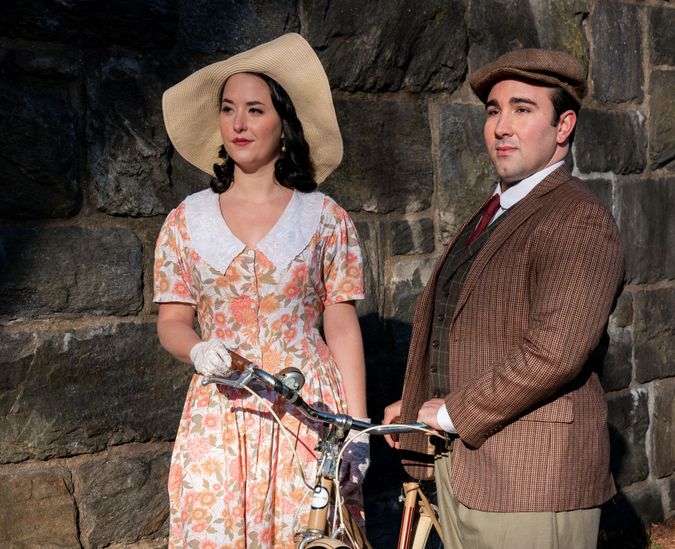 Rachel Blaustein as Micol and Anthony Ciaramitaro as Giorgio in a promo shot for “The Garden of the Finzi-Continis” opera. Photo by © Sarah Shatz

Before December, Korie and Gordon had only seen the opera performed in a workshop put on by the current producers, the National Yiddish Theatre Folksbiene and New York City Opera. Both men are attending rehearsals, though each also have shows running concurrently at Lincoln Center (Gordon’s opera of Lynn Nottage’s “Intimate Apparel” is set to open later this month and Korie’s “Flying Over Sunset” is playing through February).

They believe the opera has found its moment, though its journey began in a different one. It’s not the first time Korie and Gordon’s work was accidentally topical.

“When we did ‘Grapes of Wrath,’ we did not know that there was going to be this whole issue of immigration,” Korie said. But the pair decided to make some of the fruit pickers Mexican migrants, and write a morning prayer for them in Spanish.

After the show, a man identifying himself as a conservative found Korie and told him the opera made him realize that the Mexican families working the land wanted the same thing as the Joads. Korie counts that exchange as a victory, but isn’t sure he can replicate it.

“Right now in this country, I don’t know that you can open minds with an opera,” he said. “But I think we can respond.”

“The Garden of the Finzi-Continis” is playing from January 27 – February 6, 2022 at the Edmond J. Safra Center Plaza at the Museum of Jewish Heritage. You can purchase tickets and find more information here.

A beloved book, a classic Italian film and now, a disturbingly timely opera