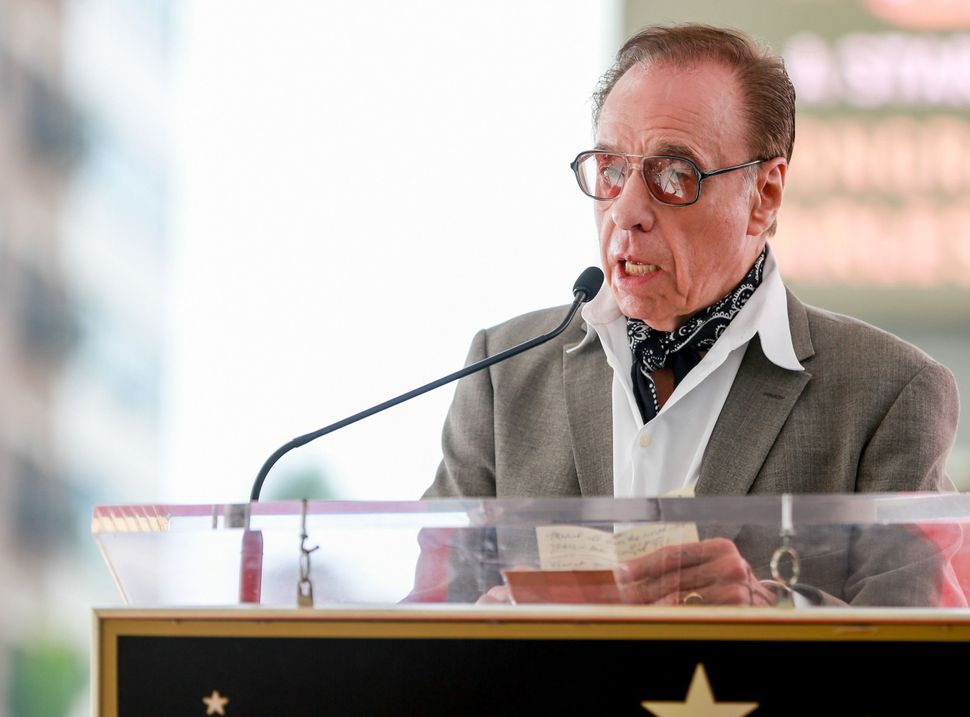 Peter Bogdanovich, the bandana-throated, Oscar-nominated director-writer who was a bridge figure between New Hollywood and the Hollywood Golden Age has died at 82.

Encompassing such classics as “The Last Picture Show,” “Paper Moon” and “What’s Up, Doc?” Bogdanovich’s career ranged from intimate dramas to broad screwball comedies. He later charmed new audiences as Dr. Melfi’s own therapist, Dr. Kupferberg, on “The Sopranos.”

Bogdanovich was born July 30, 1939 to a Jewish mother and Serbian Christian father in Kingston, N.Y. and began his career as a film critic and film programmer at MoMA. While there he organized an exhibit and wrote an influential monograph on his hero, Orson Welles, whom he later befriended.

He went on to make films of his own, studying, like many of his generation, at the feet of b-movie maestro Roger Corman. The first film he directed, under a pseudonym, was called “Voyage to the Planet of the Prehistoric Women”; the second was the celebrated shoestring flick “Targets” with Boris Karloff.

By 1971, Bogdanovich had made his third and most-decorated film, “The Last Picture Show,” based on the novel by Larry McMurtry and shot in black and white. Bogdanovich was nominated for an Oscar for his screenplay with McMurtry and for Best Director and Best Picture. (The film won two of its eight nominations, with Cloris Leachman and Ben Johnson both taking home Oscar in supporting actor categories.)

Bogdanovich’s life often collided with his work. He married one of the stars of “The Last Picture Show,” Cybil Shepherd. He regularly worked with the same actors, like Ryan O’Neal, whom he he directed, alongside O’Neal’s daughter Tatum, to Oscar gold, in 1973’s “Paper Moon.” Another on-set romance, between Bogdanovich and model and actress Dorothy Stratten on the film “They All Laughed,” ended in tragedy when Stratten was murdered in 1980, leading Bogdanovich to take a multi-year hiatus from filmmaking.

Bogdanovich, whose work never again reached its early heights, went on to direct the Cher vehicle “Mask,” a film adaptation of the behind-the-scenes farce “Noises Off” and a clutch of largely unmemorable movies, the last of which, 2014’s “She’s Funny That Way,” had a limited release before being moved to on-demand.

But Bogdanovich ended his journey in film as he began it, as a cinephile, film historian, curator and fan. He was pivotal in putting together a cut of Orson Welles’ lost film “The Other Side of the Wind” which debuted on Netflix in 2018 and in which Bogdanovich also acted. (He studied at Stella Adler long before he turned heads as the shrink to the shrink in “The Sopranos.”)

The project of reviving something old and unseen into a new, streaming medium, fit perfectly into Bogdanovich’s philosophy on film, where he was nominally of the “New” school, but a devotee and champion of the likes of John Ford and Welles.

“There are no ‘old’ movies really,” Bogdanovich said, “only movies you have already seen and ones you haven’t.”