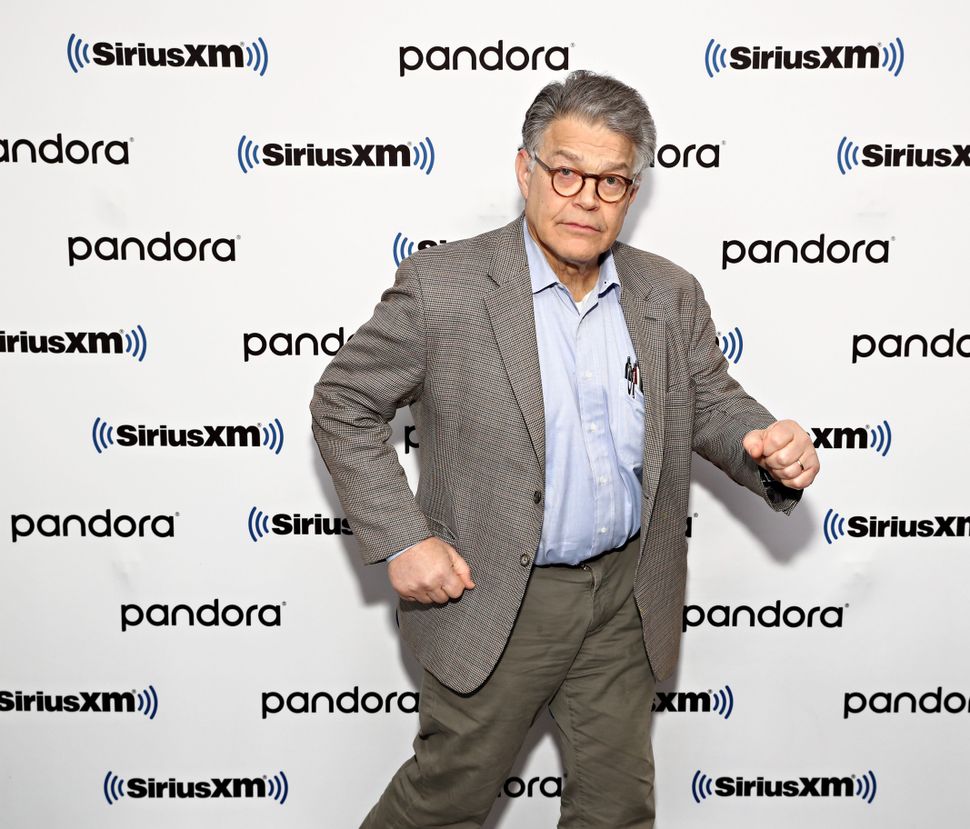 When it comes to democracy and being Jewish, former Senator Al Franken knows whereof he speaks. But, given his other vocation as a comedy writer, some critics will surely think his latest remarks – likening America today to early Nazi Germany – are a joke.

In the most recent episode of “The Al Franken Podcast,” Franken said that the failure to advance a voting rights bill in the Senate was a dire development for the state of our union.

“It feels like 1933, ‘34 Germany,” Franken said, adding that he felt as if he was at “a tavern and look over at the other table and there are guys in black jackboots and Nazi uniforms. And I’m going like, ‘Hmm, this looks bad. I wonder how bad it can get.’”

Franken’s assessment may sound hyperbolic, and, with a glut of Holocaust analogies coming from anti-vaxxers like Robert Kennedy, Jr. and Rep. Marjorie Taylor Greene, his remarks will reliably draw condemnation from some who insist nothing quite compares to Hitler and his brown shirts. And maybe they’d be right in that insistence, if only because the circumstances were different in a different country 90 years ago.

Still, it’s hard to argue that there isn’t an antidemocratic impulse now holding sway over America, as some Trump loyalists insist that Joe Biden stole the 2020 election and Florida Governor Ron DeSantis calls for election security police, a move that got him recently likened to Hitler by a democratic challenger.

Franken is far from a faultless messenger – he resigned his senatorship in 2018 following allegations of sexual misconduct – but he has proven to have an astute barometer on American politics. The Nazis did indeed try, and succeeded in, subverting democracy after that whole Reichstag Fire incident. (Though, it should be said, the Nazi party was duly-elected as the largest party in German parliament well before that development.)

“Well, at least I’m not Jewish,” Franken gibed about his perceived Nazification of America. “Oh wait, wait I am.”

No one can take away Franken’s feelings as a Jew, but he may have overstated his case in his description of the jackbooted Nazi uniform. Today’s anti-democratic hoodlums seem to prefer Camp Auschwitz hoodies.