In a delightful new Purim film, Esther is a secret agent in Argentina 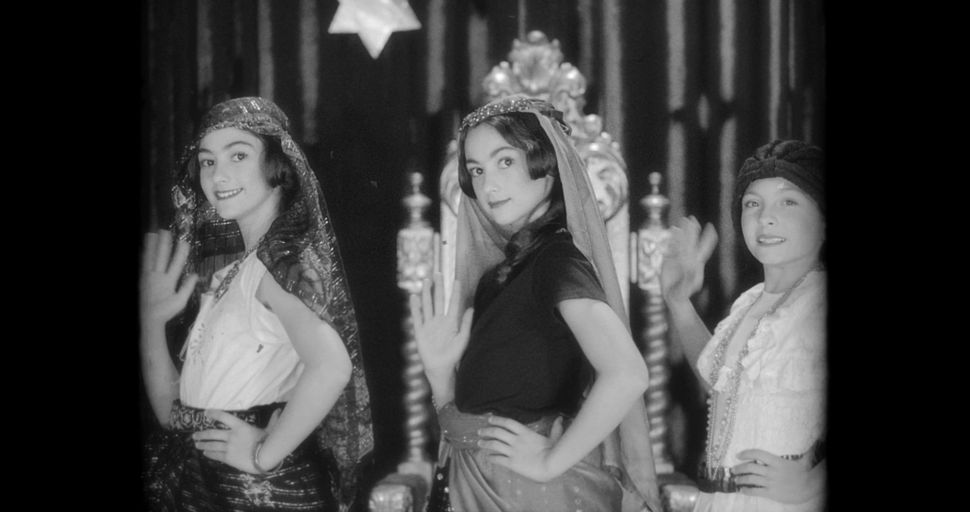 A scene from “The Red Star,” where Laila Salama, center, wins a Queen Esther pageant. Courtesy of Kino Lorber

In its long history, the Purim story has had its fair share of reboots. Because, in every generation, a new Haman arrives to oppress us, that genocidal adviser has worn the face of Hitler and, when Stalin suffered a stroke on Purim, averting his own dire plans for Jews, he wore a different mustache entirely. But what about overhauling our hero, Esther to fight these same villains?

“The Red Star,” a delightfully diverting Purim film by Argentinian director Gabriel Lichtmann, now available to stream through the JCC of Manhattan, imagines a different sort of Jewish savior. Laila Salama’s reputation precedes her. She was, one character tells us, “the daughter of an MI6 agent, Rommel’s lover, Wiesenthal’s informant, she spied on Eichmann.” And as if that weren’t enough, she was crowned Buenos Aires’ Queen Esther in 1934. Well, very nearly – she disappeared to do some spying and avert a fascist plot on the Jews before she could receive that honor.

If you were disappointed that Christopher Guest dropped the mockumentary format for his own Purim-adjacent flick “Thank You for Your Consideration,” Lichtmann’s spin on the formula may leave you satisfied. Casting the actor Héctor Díaz as a version of himself, Lichtmann endeavors to track down the mystery of Salama after inheriting a musical score, a copy of Goethe’s “Sorrows of Young Werther” and storyboards for a film, all of which are linked to her legendary endeavors.

Salama (Thelma Fardín) is fictional, but the events she contributes to are real. Rommel did fall at El Alamein, Eichmann was captured by the Mossad while hiding in the pampas. And Nazis did indeed stage an elaborate 1938 rally in Buenos Aires to celebrate the Anschluss (and we can thank Lichtmann’s multimedia approach for bringing us some actual, chilling footage from that event). At this point you could be forgiven for wondering how this is light entertainment.

Lichtmann, known for his Pesach comedy “Jews in Space,” embraces the tradition of Purim’s gallows humor. He makes one of his expert sources a British school teacher, who we meet berating a student’s line delivery in a rehearsal for “Twelfth Night.” Other contributors include a film obsessive who trots out trivia about an unfinished, 1950s biopic on Salama to Lichtmann’s pronounced disinterest. The Zelig-like absurdity of Salama’s career – which inspired a famous tango, “The Red Star” – is raucously implausible. Of course, we want to believe it because the heroism she exhibits is real, undertaken by countless real-life Jewish women. (The habit of garbling these women’s details in composite characters is sent up through the use of an actual film, “Wakolda,” which, we’re told only got Salama’s hair color right.)

Salama, who had many other aliases and blended in with antisemites as an informant, is both an extraordinary figure and one who likely speaks to the experience of an Argentine Jew, who may need to ask some calculated leading questions when meeting a countryman with a German-sounding last name.

Like the best riffs on the Purim story, “The Red Star” is about Jewish survival against all odds and the creativity that sustains us. By centering our heroine, it goes a step further than most, reminding us of the many forgotten Esthers in our midst who, with no Mordecai in sight, toppled history’s Hamans.

In a delightful new Purim film, Esther is a secret agent in Argentina