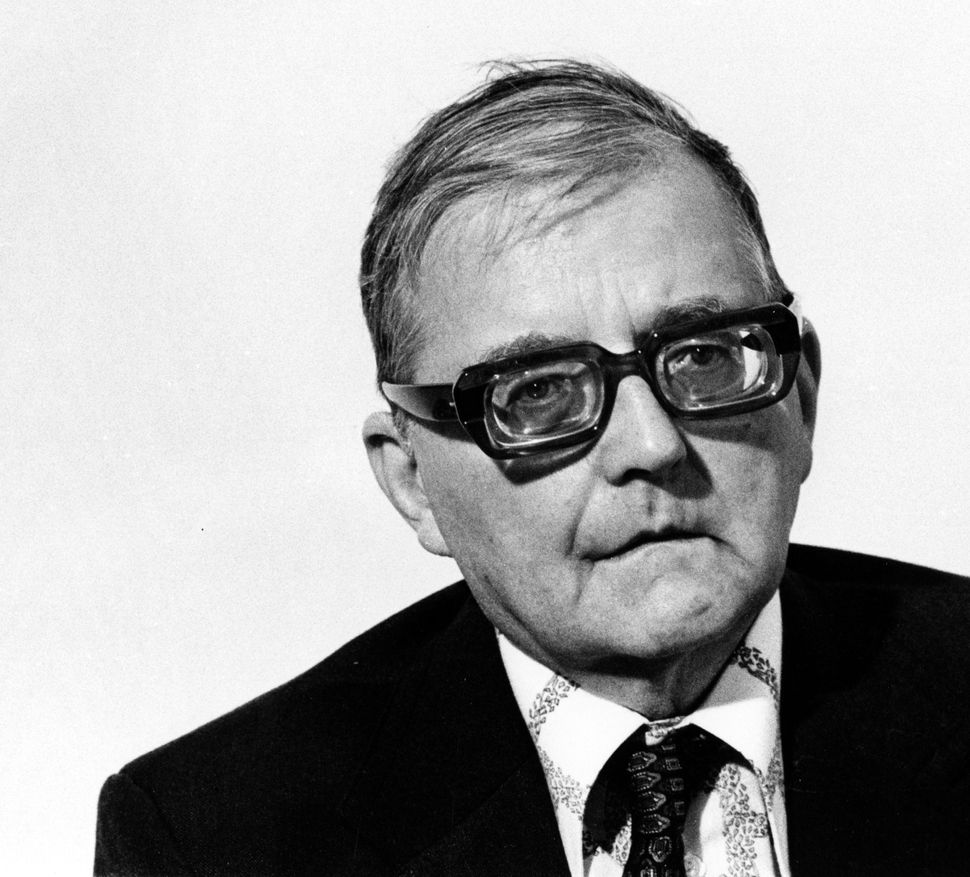 The 20th-century Soviet composer Dmitri Shostakovich might be best known for his conflicted but patriotic symphonies, his daring operas, including two takes on Nikolai Leskov’s novella “Lady Macbeth of the Mtsensk District,” or the extent to which, decades after his death on this day in 1975, no one can say authoritatively whether his music was actually good.

Yet one of the most moving stories about Shostakovich is that of how the composer wove sympathy for the Jews into his music — and how, in Stalin’s officialy anti-Semitic Soviet Union, he was punished for it.

Shostakovich, born in St. Petersburg to a liberal family in 1906, grew up in a Russia where Jews were constrained economically, culturally, and politically by the Tsarist regime’s strict regulations on where they were allowed to live. (The year before his birth, 1905, witnessed an especially brutal set of pogroms.)

Yet despite the segretation, demonization, and persecution of Jews, Jewish musical traditions were known and respected by such eminent Russian cultural figures as Nikolai Rimsy-Korsakov.

According to pianist and conductor Alexander Tentser, Shostakovich began to engage with those traditions around 1936, becoming both personally and professionally familiar with figures like Venyamin Fleishman, whose opera “Rothschild’s Violin” Shostakovich completed after Fleishman’s 1941 death during his service in the Soviet army, composer and Holocaust survivor Mieczyslaw Weinbergand, and musicologist Moisei Beregovsky.

Shostakovich’s best-known composition with explicitly Jewish influence was ill-timed. His late-1940s song cycle “From Jewish Folk Poetry,” based on a volume attributed to editors I. Dobrushin and A. Yuditsky, was crafted in adherence to stringent Stalinist requirements regarding the form and focus of Soviet music, imposed in 1948.

Yet close upon the cycle’s completion, anti-Semitism became official Soviet government policy, framed, as Cory McKay writes, as a campaign against “cosmpolitanism.” (Where else have we heard that word recently?)

Upon completing “From Jewish Folk Poetry,” Shostakovich was already a persona non grata in Soviet music. In 1936, Josef Stalin had attended a performance of the composer’s mostly well-reviewed opera “Lady Macbeth of the Mtsensk District” and left before the performance concluded; that condemnation was quickly followed by an anonymous lambast of the work in the newspaper Pravda, thought by some to have been written by Stalin himself. In the subsequent years, Shostakovich had struggled with the political consequences of his art, alternatively defying the aesthetic demands of the Party and, in fear of the late-1930s purges that saw members of his family arrested, exiled, and consigned to forced labor, complying with them.

It’s no surprise, then, that Shostakovich decided not to publish “From Jewish Folk Poetry” — and, as well, to edit it to fall more explicitly in line with Party ideology, altering the words to one song to explicitly villanize the Tsar.

Yet Shostakovich was far from done with Jewish music. After Stalin’s 1953 death, as artistic constraints began to be lifted, he eventually returned to the stories and musical traditions of the Jews. In 1962, he produced his 13th Symphony, titled “Babi Yar;” it was based on a poem of the same title, published the preceding year, by Yevgeny Yevtushenko. The poem commemorated the massacre at Babi Yar, a ravine close to Kiev, where the Nazis murdered the entirety of that city’s Jewish population that had not fled in advance of its German occupation, numbering 33,771 Jews in two days.

“No monument stands over Babi Yar./A steep cliff only, like the rudest headstone./I am afraid./Today, I am as old/As the entire Jewish race itself,” the poem’s first stanza reads in English translation.

The poem connected that massacre with Soviet anti-Semitism; once Shostakovich adapted it, both he and Yevtushenko were rebuked by Nikita Khrushchev, then the First Secretary of the Communist Party of the Soviet Union, for neglecting to commemorate the thousands of non-Jews also killed by the Nazis during their occupation of Kiev. (Khrushchev himself was often seen as advocating anti-Semitic policies.) When Shostakovich’s symphony premiered in a performance by the Leningrad Philharmonic in 1962, one conductor backed out in fear, no one occupied the Communist Party’s box at the theater, and no publication reviewed the performance.

Yet Shostakovich remained committed to the composition. As the Jerusalem Post recalled on the centenary of his birth, it’s reported that when the composer first sang a particularly moving refrain of his setting to Yevtushenko — it begins “It seems to me that I am Anne Frank” — he burst into tears.