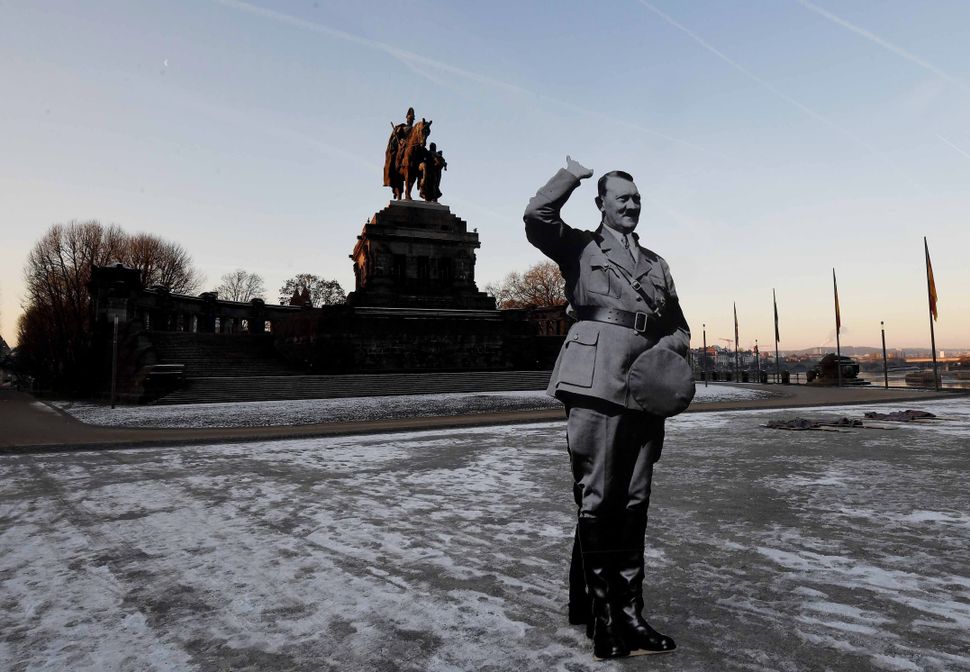 Austrian police have detained a man for glorifying the Nazi regime, after he appeared in public dressed as Adolf Hitler, a police spokesman said.

The 25-year-old was arrested on Monday night in Braunau am Inn, Hitler’s birthplace, the spokesman said.

The daily newspaper Oberoesterreichische Nachrichten said on Saturday the man had been seen outside the house in which Hitler was born and in a local bookstore browsing through magazines about World War II.

He had a Hitler-style mustache and similar haircut to the dictator’s, and wore “a suit reminiscent of Hitler,” the paper said, adding that he identified himself in a local bar as “Harald Hitler.”

“It is definitely not a carnival joke or an art project, the young man knows exactly what he is doing,” the police spokesman said.

Hitler, born in 1889, led Nazi Germany into World War II and the Holocaust. Glorifying Hitler or the Nazis is a crime in Austria, which Nazi Germany annexed in 1938.