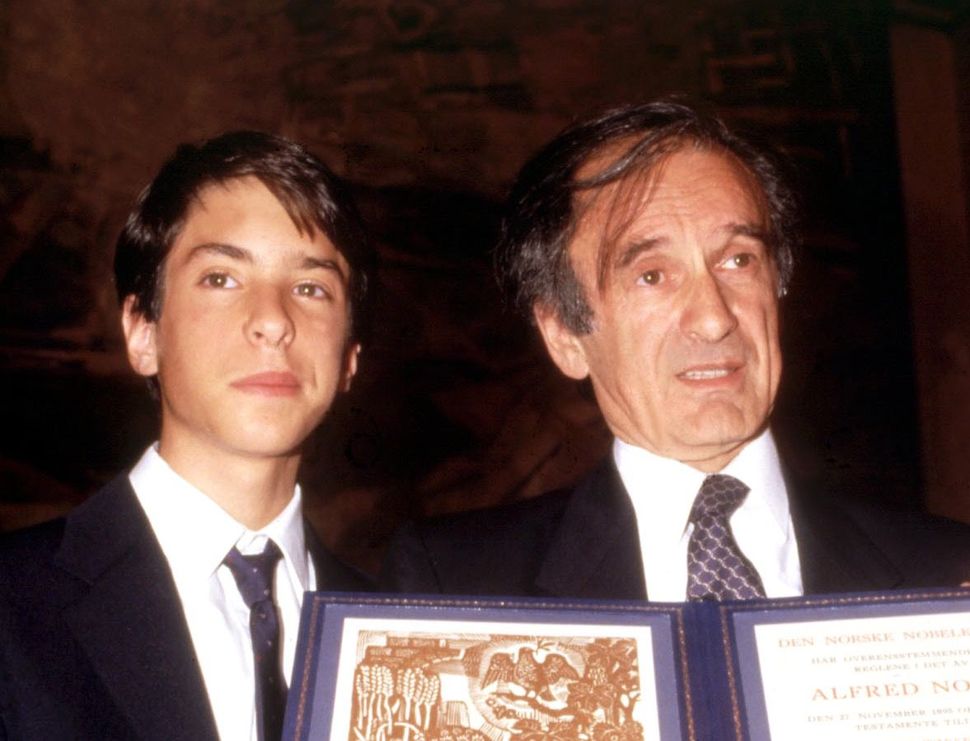 Elisha Wiesel (left) poses with his father at the Nobel Prize ceremony in 1986. Image by Getty Images

The son of Holocaust survivor Elie Wiesel said that the United States had not learned the lessons of the Holocaust because it has turned away Syrian refugees.

Elisha Wiesel, the son of Nobel Laureate Elie Wiesel, who died last year, made the remarks in a speech to the March of the Living program at Auschwitz on Monday for Holocaust Remembrance Day.

“Will you be a witness that history’s lessons are going unheeded, when many in both Europe and the United States want to turn away Muslim refugees fleeing chemical warfare in Syria?” he asked.

“Will you stand by when African-Americans have reason to be terrified of a routine traffic stop, when Christians are slaughtered in Egypt because they are labelled infidels, when girls in Chad, Somalia, Afghanistan and Pakistan are threatened, raped, or shot for pursuing an education, when homosexuality in Iran is a crime that carries the death penalty?” he said.