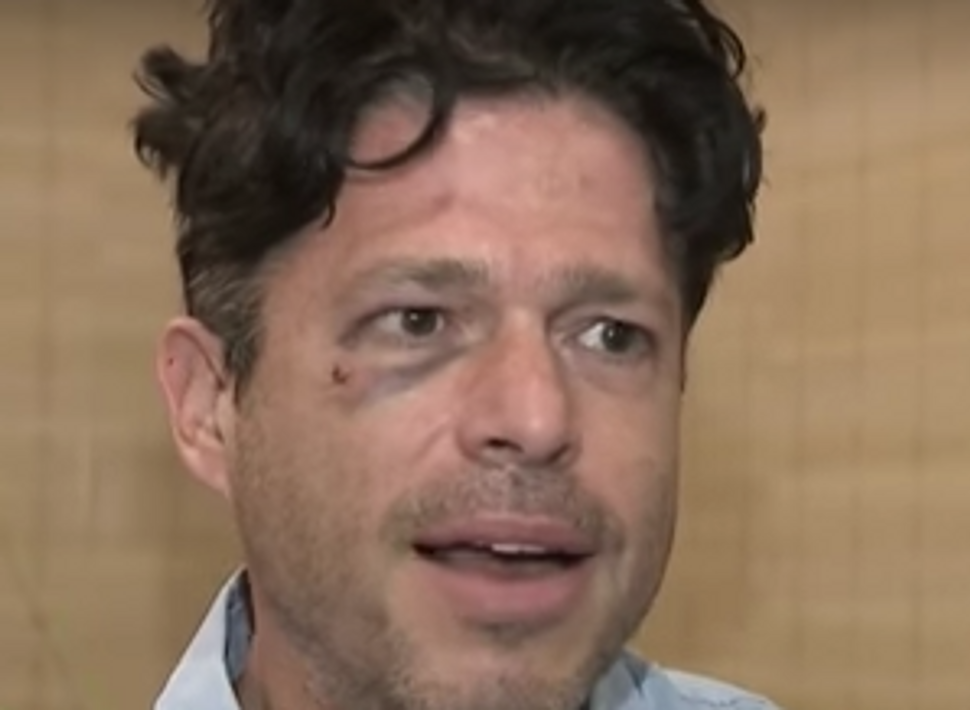 Jean Wolfman was left with a cut to the head that required 10 stitches to close after stepping in to prevent a group of subway dancers from harassing an older Jewish couple.

According to Wolfman, the dancers started menacing an older man and his wife after the man did not tip them after they did their routine, in an incident that began as the train neared Manhattan’s Union Square.

“He starts screaming at the guy, like violently, ‘I will slap that beanie off your head!’” Wolfman told CBS News New York. “And he goes to the guy’s yarmulke like this, and he slaps the yarmulke off the guy’s head.”

As the train pulled into Union Square, Wolfman and the dancers both exited the train, and he tried to speak to them about their actions. They responded by punching him and using hula hoop he had in his hand to beat him.

Wolfman, who’s also a dancer, flagged down the police, who were able to arrest one of the perpetrators, Davon Sejourne, who is being charged with misdemeanor assault and harassment.