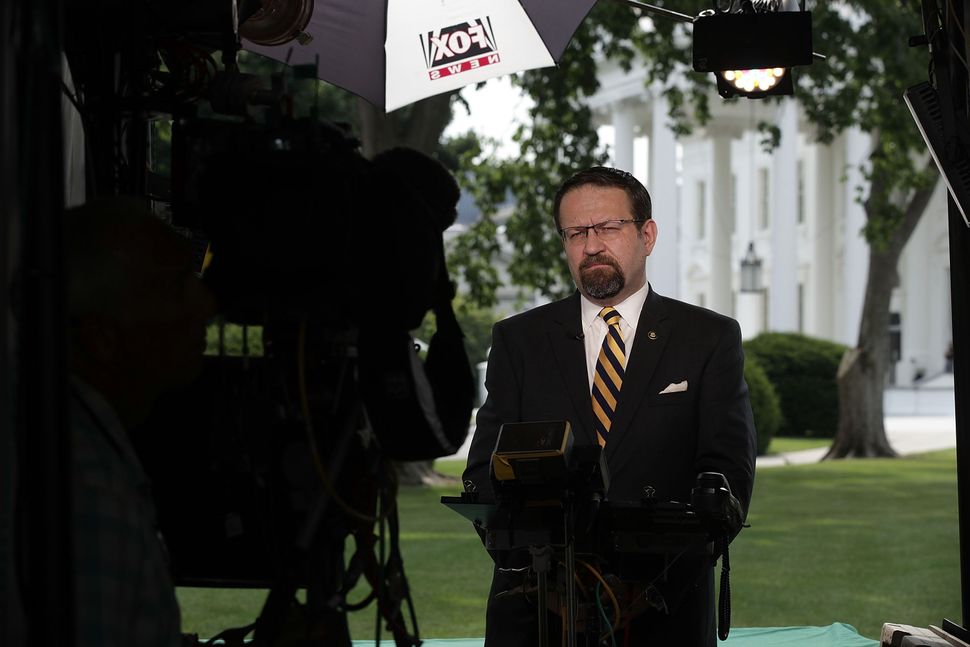 Sebastian Gorka, the controversial White House anti-terrorism aide, has become one of Donald Trump’s favorite onscreen defenders, according to Axios. In recent days, Gorka has taken to Fox, MSNBC and CNN to support the president and fire back against what he likes to call the “fake news industrial complex.”

“I’m sad to see CNN fall to this,” Gorka told Anderson Cooper on CNN. “I know you want salacious and sensational coverage for your ratings so your corporate sponsors and owners will have more money, but that’s not media, that’s not reportage. It’s just fake news.”

Trump has reportedly said that Gorka, along with Kellyanne Conway, are willing to go “into lions’ dens” on cable news, and attack where other Trump supporters might simply offer defense.