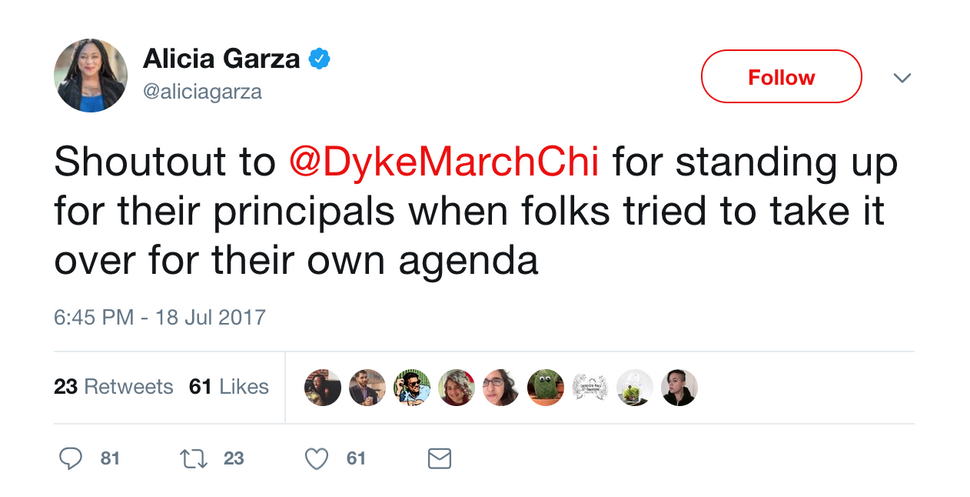 “Shoutout to @DykeMarchChi for standing up for their principals when folks tried to take it over for their own agenda,” Garza tweeted.

“this makes me so damn sad,” tweeted Talia Lavin, a food writer. “im an earnest queer leftist who loves my jewish identity – i want to be able to display a magen david on my ?️‍?.”

“before or after they deleted their KKK esque tweet?” responded Chloe Simone Valdary, a pro-Israel activist, referring to a tweet posted by the Chicago Dyke March that used an anti-Semitic epithet for Zionists popularized by David Duke.