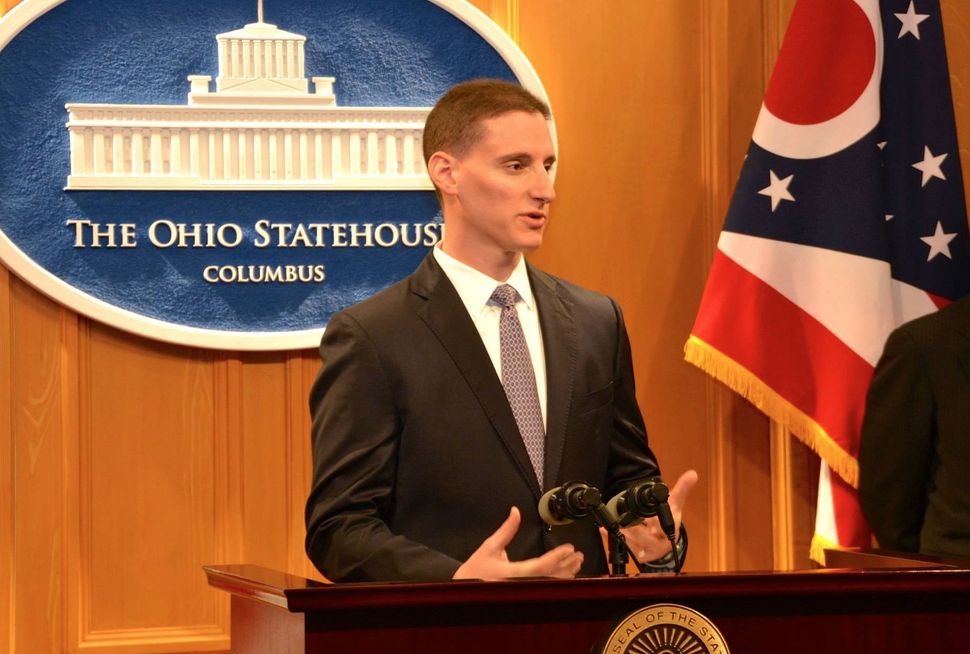 Josh Mandel, the Jewish Republican Treasurer of Ohio, took to Twitter Thursday morning to defend the far right media figures who were attacked by the Anti-Defamation League.

Mandel objected to the ADL including Jack Posobiec and Mike Cernovich in a list of “alt-right” and far right figures who use xenophobic, Islamophobic and sometimes anti-Semitic rhetoric online.

Cernovich is a blogger who posts xenophobic and misogynist rants on his website and used to consider himself part of the “alt-right.” Posobiec is an activist and conspiracy theorist who played a major role in spreading the Pizzagate conspiracy that led one man to open fire in a Washington, D.C., pizza restaurant. In response to the ADL’s “Naming the Hate” list, Posobiec tweeted a video he recorded while visiting the Aushchwitz Memorial, saying that the ADL “would be wise to remember what happened the last time people made lists of undesirables.”

The ADL’s list garnered a backlash from the people named on it and their supporters.