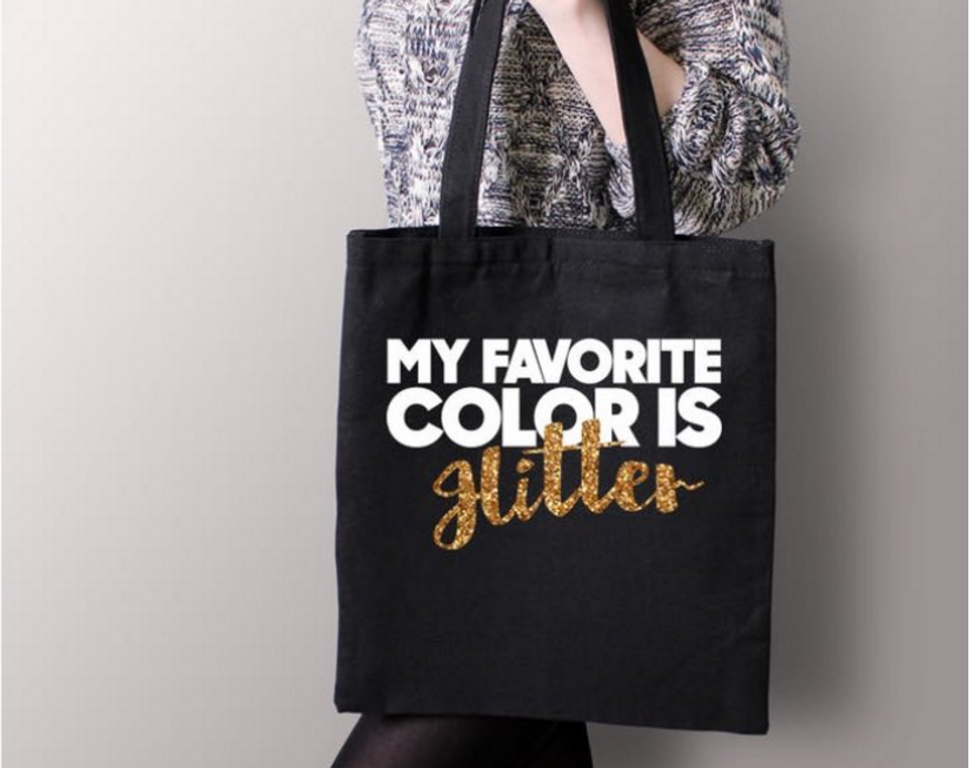 All that glitters is not gold. Sometimes, it’s Hitler.

An online clothing store was flooded with criticism this week for selling a tote bag that looks like it says — well — see for yourself:

The loopy font on the bag is, of course, meant to spell, “My favorite color is GLITTER.”

The company, Belle Chic, posted a gracious Twitter apology and has reissued the bag with a clearer font.

We are beyond embarrassed about the design of our GLITTER tote bag ? ✨. We replaced it with a new design. Hope you like this one better! pic.twitter.com/1ZXGAOcnGj

That’s a capital-G Good Save.

Jenny Singer is a writer for the Forward. You can reach her at Singer@forward.com or on Twitter,@jeanvaljenny.