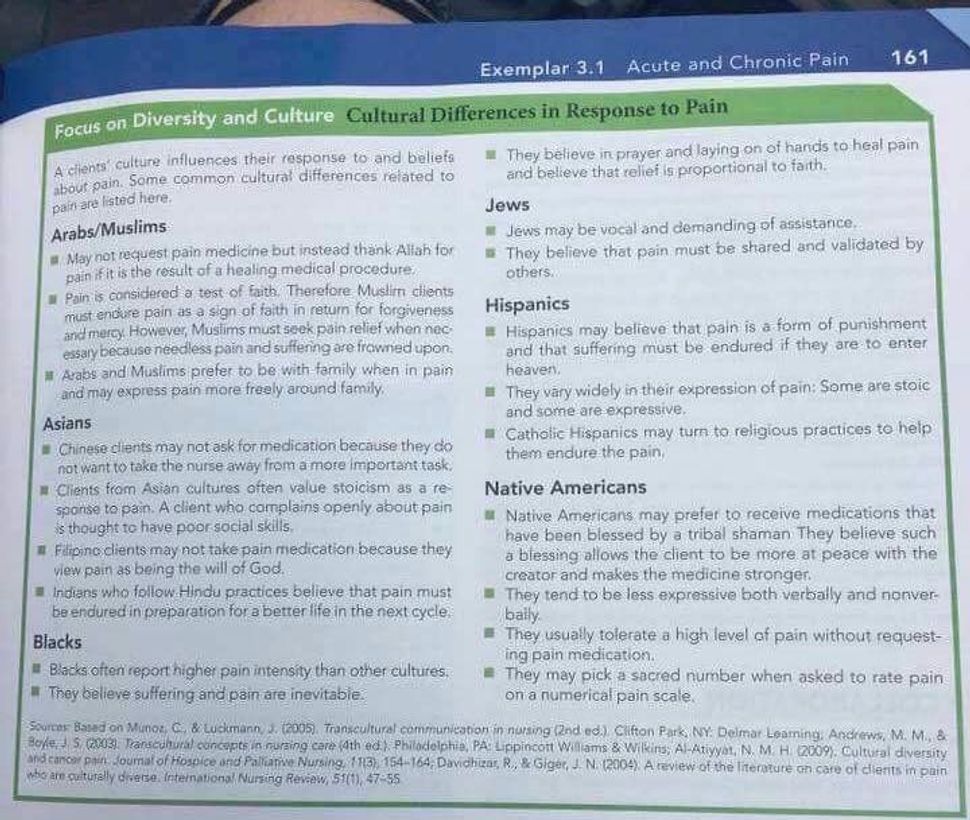 (JTA) — The Pearson education publishing company has apologized for a section of one of its nursing textbooks that claims Jews are often “[v]ocal and demanding of assistance” during medical treatment.

The page from “Nursing: A Concept-Based Approach to Learning” drew widespread ire on social media for its descriptions of how “Jews,” “Arabs/Muslims,” “Asians,” “Blacks,” “Hispanics” and “Native Americans” in response to pain.

Blacks, for example, “often report higher pain intensity” and believe “suffering and pain are inevitable,” the page reads. Hispanics may “believe that pain is a form of punishment,” it continues.

The section also noted that Jews “believe that pain must be shared and validated by others.”

Pearson issued an apology to the website Mic on Thursday.

“While differences in cultural attitudes towards pain are an important topic in medical programs, we presented this information in an inappropriate manner,” wrote Scott Overland, Pearson’s communications director. “We apologize for the offense this has caused and we have removed the material in question from current versions of the book, electronic versions of the book and future editions of this text.”