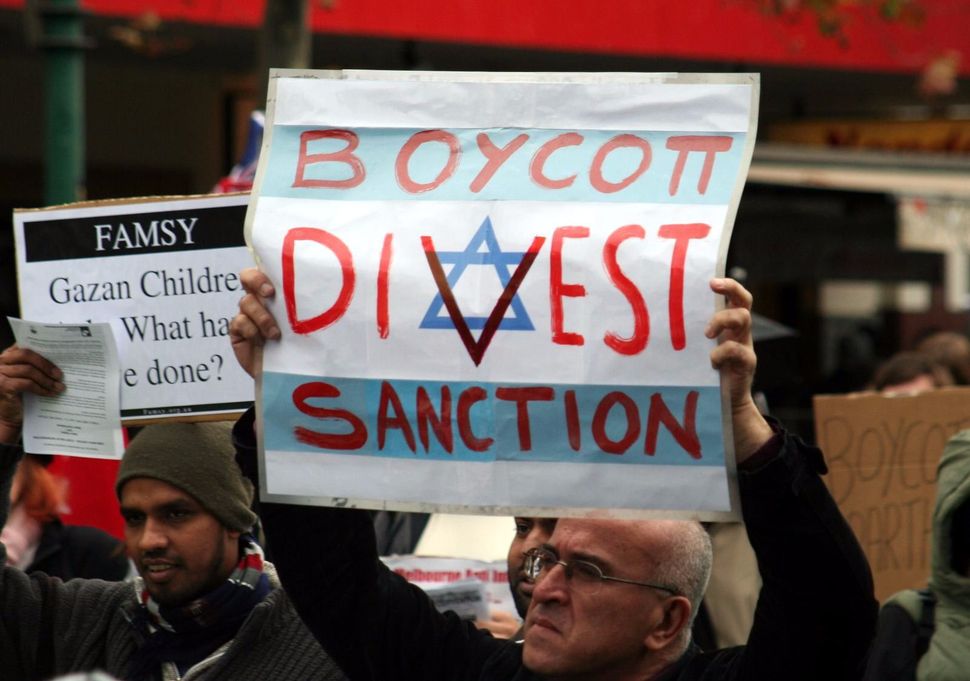 A federal judge has issued an injunction stopping the enforcement of a Kansas law that bans the state from contracting with individuals or businesses that support the boycott, divestment and sanctions campaign against Israel.

U.S. District Judge Daniel Crabtree ruled Tuesday that the law should not be enforced while he judges a case involving a public school teacher who was denied a state contract because she admitted that she boycotts Israeli products.

“The Supreme Court has held that the First Amendment protects the right to participate in a boycott like the one punished by the Kansas law,” Crabtree wrote.

Esther Koontz, a math teacher who boycotts Israel in accordance with her Mennonite faith, sued the state last October with the support of the American Civil Liberties Union after she was denied training with the Kansas Department of Education’s Math and Science Partnerships program.

“The court has rightly recognized the serious First Amendment harms being inflicted by this misguided law, which imposes an unconstitutional ideological litmus test,” ACLU attorney Brian Hauss said in a statement. “This ruling should serve as a warning to government officials around the country that the First Amendment prohibits the government from suppressing participation in political boycotts.”

The law passed the state House 99-13 and the state Senate 36-3 last June. It requires that every person or company contracting with the state certify in writing that they are “not currently engaged in a boycott of Israel,” and defines Israel to include “territories under its jurisdiction” like West Bank settlements.

Anti-BDS laws have been passed in more than 20 states around the country. A similar measure, the Israel Anti-Boycott Act, has been introduced in the U.S. Senate by Democratic Sen. Ben Cardin of Maryland.