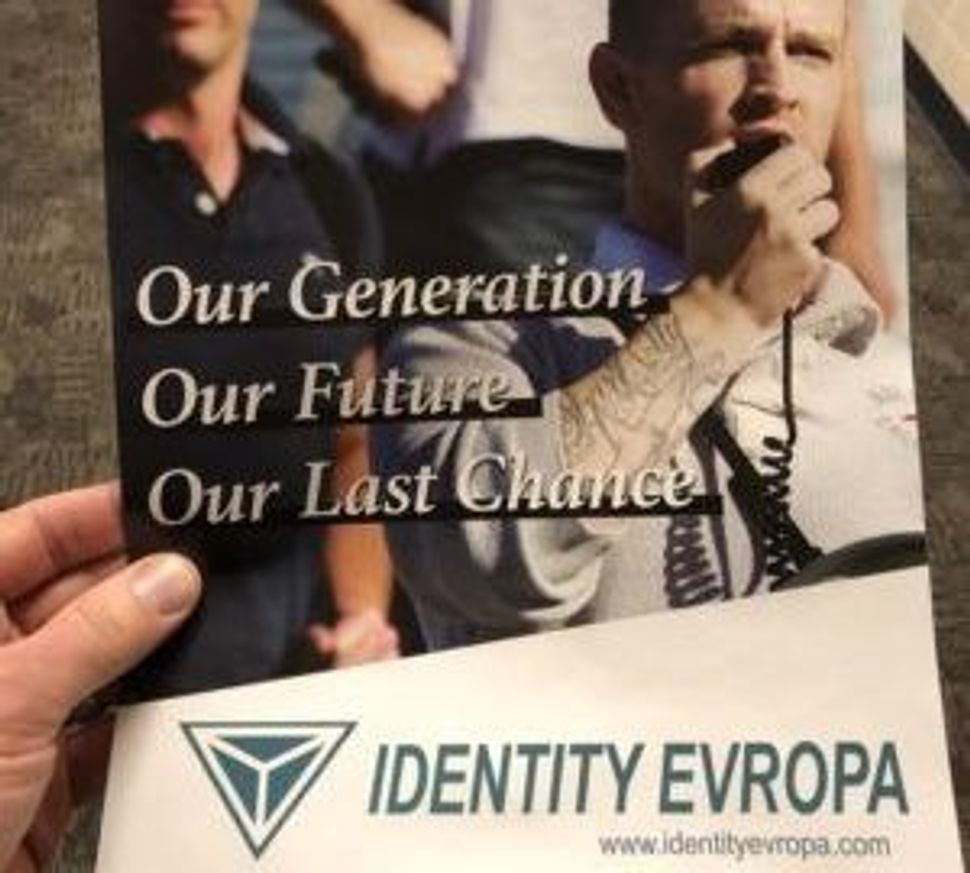 Posters promoting the white supremacist group Identity Evropa were found on the campus of Colorado State University on Monday, less than a month after another white supremacist organization came to campus and clashed with students and members of a local “antifa” anti-fascist group.

At least three different posters contained different messages: “Our Generation, Our Future, Our Last Chance,” “Action, Leadership, Identity” and “Your Professor is Scared of This Book,” with an image of the book “White Identity” by veteran “race realist” publisher Jared Taylor, who was permanently banned from Twitter late last year.

The posters were quickly removed by university staff. “The sentiments expressed are deeply offensive and do not reflect the values and character of the CSU community,” the school said in a statement to students.

CSU was the site earlier this month of a clash between antifa and members of the Traditionalist Worker Party, a white nationalist group tied to neo-Nazis who had pasted their own flyers on campus before coming in support of a visiting speaker sponsored by a campus conservative group. The Traditionalist Worker Party members made Nazi salutes and chanted “Jews will not replace us” and “blood and soil” — the same words uttered by marchers in Charlottesville, Virginia last year — before being chased off campus by antifa and others.

Identity Evropa, the group promoted in the recent incident, is known for its increasingly visible efforts on college campuses across the country, calling on white students to ““protect their heritage” and “serve your people.” The group accounted for nearly half of the 346 white supremacist campus incidents tracked by the Anti-Defamation League from the autumn of 2016 to the end of 2017.

The ADL announced Tuesday that anti-Semitic incidents on college campuses doubled in 2017, the second year in a row that such events have doubled in frequency.