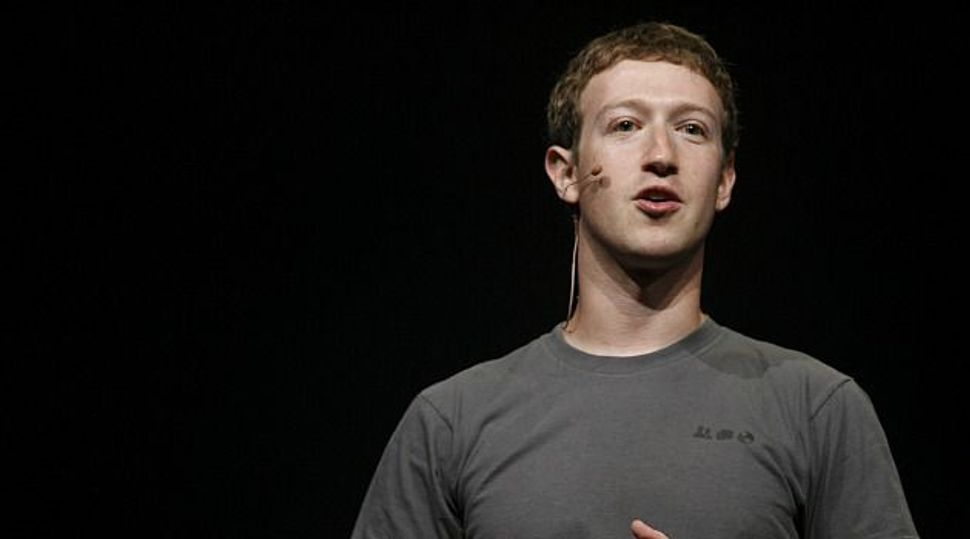 Mark Zuckerberg’s testimony before Congress on Tuesday is expected to touch on his knowledge about leaks of user data and his views on personal privacy.

Zuckerberg himself has been increasingly open about Judaism and the role it plays in his life. Here are Zuckerberg’s most Jewish moments:

Zuckerberg’s relationship with Harvard roommate and co-founder Eduardo Saverin, who is a Brazilian Jew, was the subject of the film “The Social Network.” Another Jewish roommate, Dustin Moskovitz, became the company’s first chief technology officer. Zuckerberg also hired Sheryl Sandberg as his first chief operating officer.

He credited his “Jewish mother” with his success:

Zuckerberg rejected a $1 billion buyout offer from Yahoo! when he was only 22 years old. According to an early Facebook employee who later wrote a book about his time there, when Zuckerberg was asked what gave him the willpower to turn down such a gargantuan offer, he simply replied, “Jewish mother.”

Although the rankings fluctuate with the stock market, Zuckerberg is the world’s richest Jew and one of the 10 richest people on the planet. Forbes currently estimates his net worth at $71 billion.

He thinks religion is “very important”:

Zuckerberg long identified as an atheist. But on Christmas of 2016, Zuckerberg wrote a post wishing his followers Merry Christmas and happy Hanukkah. When a user asked about his atheism, Zuckerberg clarified, ““No. I was raised Jewish and then I went through a period where I questioned things, but now I believe religion is very important.”

Last May, when Zuckerberg returned to Harvard to deliver the college’s commencement address, he told students that he draws strength from a prayer by Jewish liturgical singer Debbie Friedman.

“As we sit here in front of Memorial Church I’m reminded of a prayer, Mi Shebeirach, that I say whenever I face a big challenge, that I sing to my daughter thinking of her future when I tuck her in at night,” he said. “And it goes, ‘May the source of strength, who’s blessed the ones before us, help us find the courage to make our lives a blessing.’ I hope you find the courage to make your life a blessing.”

He thinks about issues “as a Jew”:

After the white supremacist march in Charlottesville, Virginia, which ended in the death of a counter-protester, Zuckerberg touched on his connection to Judaism when processing what had happened. “I know a lot of us have been asking where this hate comes from,” he wrote. “As a Jew, it’s something I’ve wondered much of my life. It’s a disgrace that we still need to say that neo-Nazis and white supremacists are wrong — as if this is somehow not obvious.”

He lights Shabbat candles with his family:

In September, Zuckerberg posted a photo of himself holding his daughter Max while lighting the Shabbat candles and displaying challah. He wrote that he was passing down to her a kiddush cup that had been in his family for almost 100 years.

He asks for forgiveness on Yom Kippur:

It was unclear whether he was referring to the spread of Russian propaganda or fake news on the site, or its use by white nationalists, or the recently-discovered ability to target advertisements toward people who liked things like “how to burn Jews.”

He’s been subjected to anti-Semitism:

Zuckerberg’s likeness has been rendered in anti-Semitic cartoons in a German newspaper and on neo-Nazi websites like the Daily Stormer. The messaging app WhatsApp, which is owned by Facebook, is banned in Iran because Zuckerberg is Jewish, according to an Iranian newspaper.

An Israeli man formerly known as Rotem Gaz changed his name in 2011 to “Mark Zuckerberg” in an effort to spite the Facebook founder. “Zuckerberg” said that Facebook had threatened to sue him and his company, The Like Factory, after it was accused of creating fake accounts to like client’s pages.

“Maybe outside Israel I’ll receive the royal treatment until they realize their mistake,” he told Yediot Ahronot.