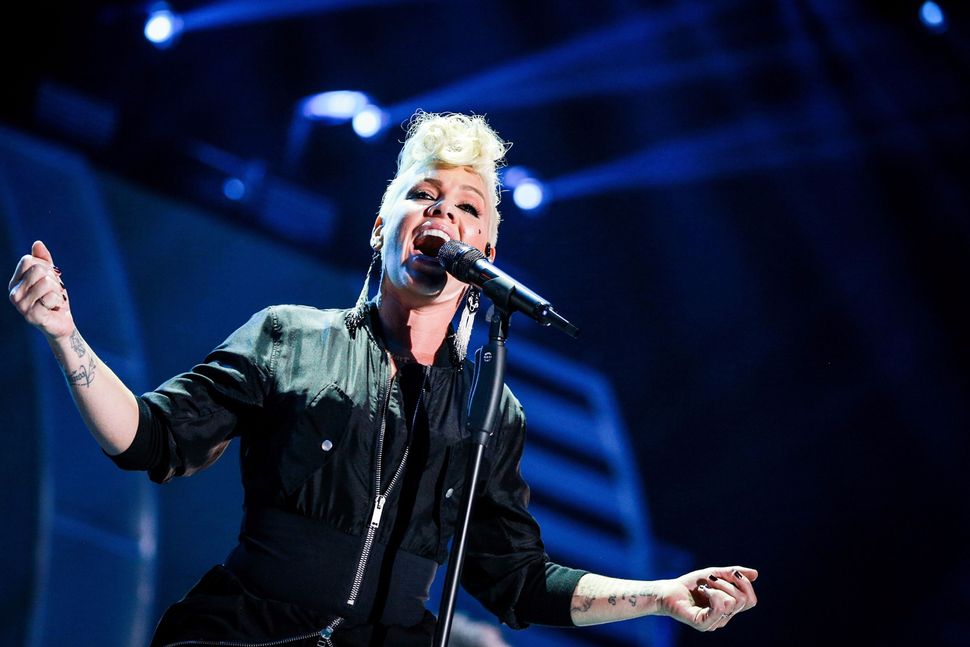 Singer-songwriter Pink opened up on her pal Reese Witherspoon’s show about her family’s emotional visit to the Berlin Holocaust memorial last year, The Jerusalem Post reports.

“She was like, ‘Wait, so [grandma’s] Jewish… my mom’s Jewish, well then I’m Jewish,’” Pink said of then six-year-old Willow’s reaction. “‘Well then, this could have been us,’ and at six, it’s just like, to watch those wheels turn…”

Ultimately, however, Pink said that Berlin was her daughter’s favorite city that she visited.

Pink was “stunned” by her daughter’s response: “I’m like, you’re amazing, and you’re totally right. Everything that’s bad can be good again.”

Pink, who identifies as an “Irish-German-Lithuanian-Jew,” posted an emotional Instagram post after the visit last year, ruminating on the “Unite the Right” rally in Charlottesville.

“It’s incredible to watch neo-nazis march in 2017, while I, a Jewish woman, headline a show in Berlin where these tunnels were built by him, built curvy so he couldn’t be shot in the back,” Pink wrote at the time. “I walked through this tunnel to get to stage while people just like him marched in Charlottesville. My heart aches for the amount of hatred in this world. But in this place, where so many awful things happened once upon a time, here we are together in Berlin. People of all walks of life celebrating together. He didn’t win.”