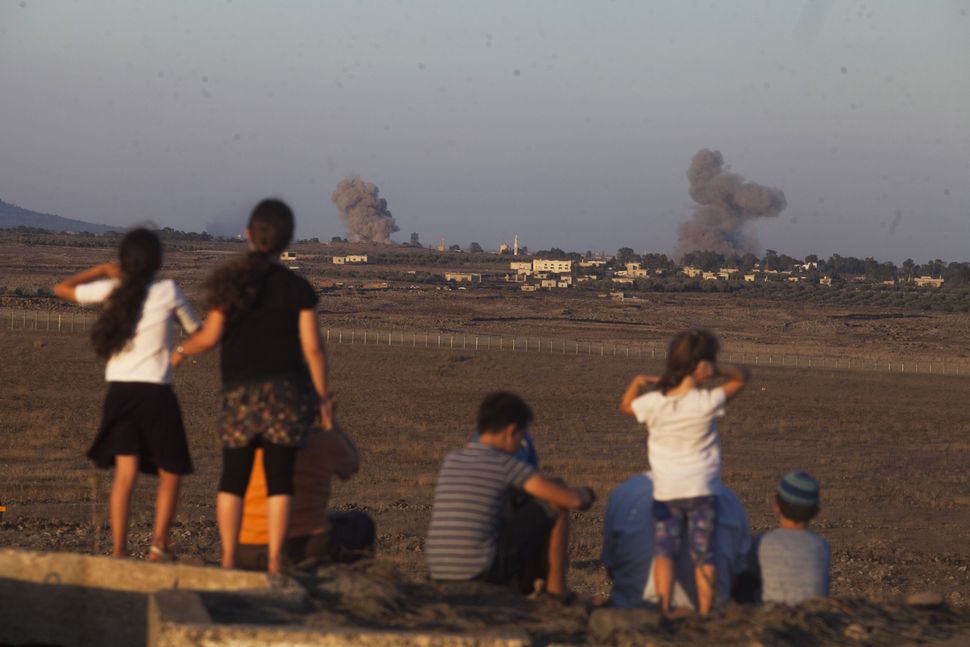 The Israel Defense Forces said in a statement that it was tracking the movement of the men toward the border fence with Israel on the Golan Heights on Wednesday evening. They were believed to be fleeing the Syrian army of President Bashar Assad. The IDF jets carried out the attack when the men came within less than 200 yards of the security fence with Israel.

Israeli troops on Thursday morning searched the area where the airstrikes occurred, and found the bodies of the Islamic State squad members as well as five Kalashnikov rifles and vests containing explosive devices and grenades, according to the IDF. Arab media reports said that seven men were killed.

IDF Spokesman Brigadier General Ronen Manalis said in a statement that at no stage in the operation was there a threat to Israeli citizens on Israeli territory.

Russia announced Thursday that it would deploy military police and place monitoring posts on the Golan Heights to prevent further confrontations.

On Thursday morning the IDF completed a large-scale drill of war scenarios testing the military preparedness on the northern border. The IDF statement said that the exercise been planned in advance as part of its 2018 training program.

Also on Thursday morning, Israeli Prime Minister Benjamin Netanyahu cancelled a trip to Colombia scheduled for next week to attend the inauguration of the country’s new president, Iván Duque, due to the volatile situation on Israel’s borders.