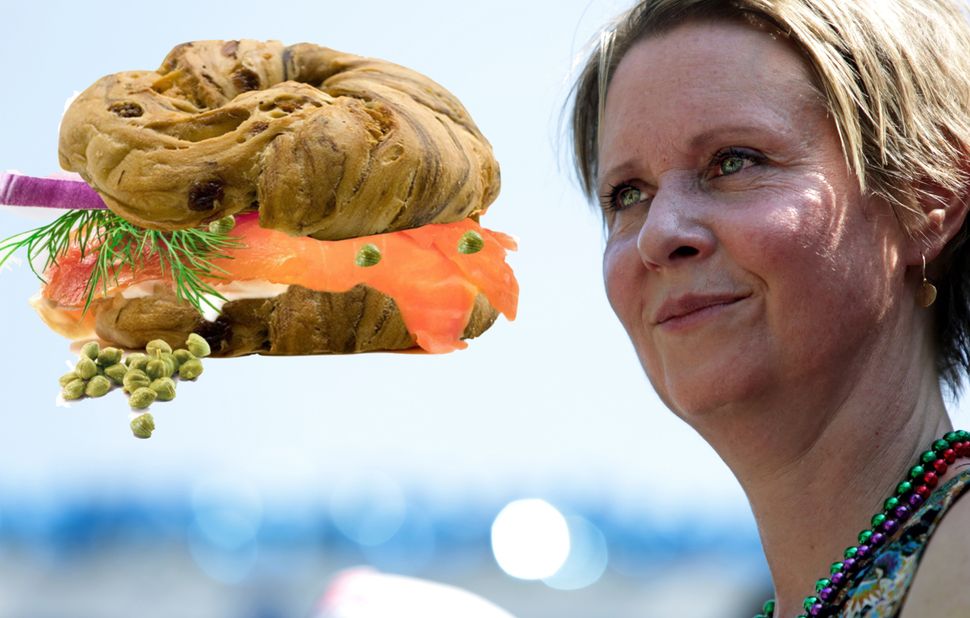 It’s a question that local politicians of all stripes have to answer in New York City, like they do for tacos in Los Angeles or BBQ in North Carolina.

Cynthia Nixon recently made her tastes known when she walked into the Upper West Side appetizing fortress of Zabar’s and ordered — drumroll, please — lox, plain cream cheese, capers and red onions… on a cinnamon raisin bagel.

Note that in the video, Nixon has to walk to the other side of the store to procure the cinnamon raisin bagel. We can conclude that this was deliberate, even premeditated.

The site Eater defended Nixon’s choice by noting that people often like their salty with their sweet. We might add that salmon is frequently smoked after being rubbed with a mix of cinnamon and brown sugar.

On Twitter, Nixon confirmed the video account of her ordering the bagel, apparently hoping that her decision to eat against the grain might help her raise more funds in her primary race against Governor Andrew Cuomo.

Yes, I like to eat a Cinnamon Raisin Bagel with… lox, capers, red onions, cream cheese, and tomatoes.

Give a few bucks to help support our campaign in the last days before the primary and enter for a chance to have YOUR favorite bagel with me: https://t.co/Q9Whsj4T6j. pic.twitter.com/pkfjRLNZuT

The primary vote is Thursday, September 13.