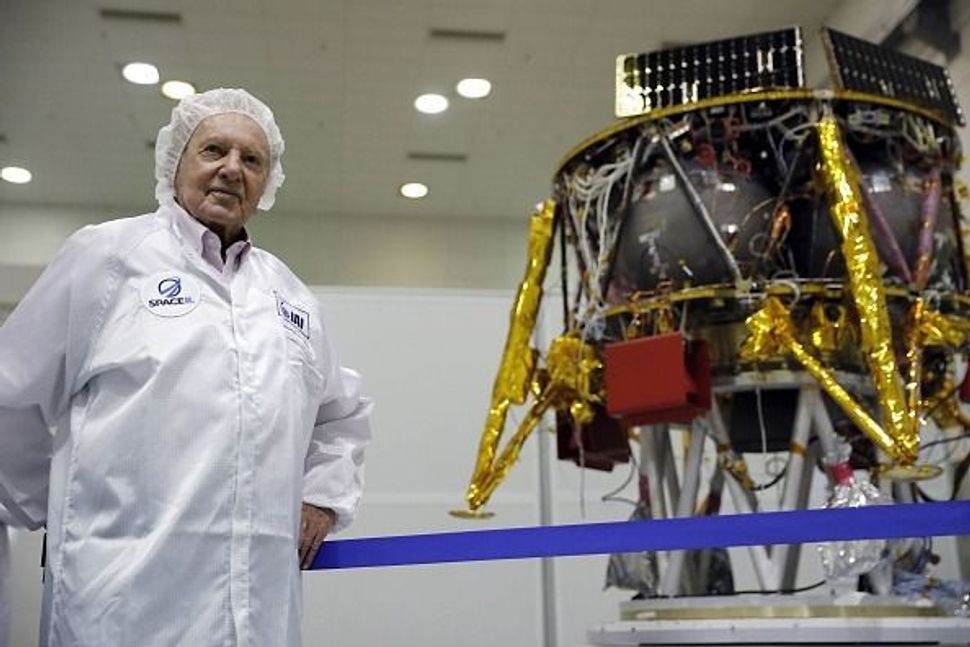 Morris Kahn posing next to Beresheet. Image by Getty Images

Despite the disappointing news that the Israeli moon lander Beresheet crashed into the moon Thursday, benefactor Morris Kahn stayed positive.

“Well we didn’t make it, but we definitely tried,” Kahn, president of SpaceIL, the nonprofit responsible for the mission, told The New York Times. “And I think the achievement of getting to where we got is really tremendous. I think we can be proud.”

The mood in the command center in Yehud mirrored Kahn’s own, according to the Times: “somber but still celebratory.”

“We’re on the moon, just not how we wanted,” a message from the Beresheet control room read.

“If at first you don’t succeed, you try again,” Israeli Prime Minister Benjamin Netanyahu said about the spacecraft’s failed landing.

Beresheet, which is Hebrew for “Genesis,” launched in February on a SpaceX rocket. It joined the moon’s orbit on a mission to land on its surface. It would’ve been the first privately funded moon landing and made Israel the fourth country to even reach it, following the United States, Soviet Union and China.

The moon lander’s computer controlled the landing process, the final stage of its nearly two-month mission, JTA reported. After initiating the landing sequence, the control room lost contact with one of the landing detectors. It ultimately crashed.

Yet it doesn’t diminish the initial excitement. A plaque on the lander read: “small country, big dreams” and “Am Yisrael Chai,” — the people of Israel live.