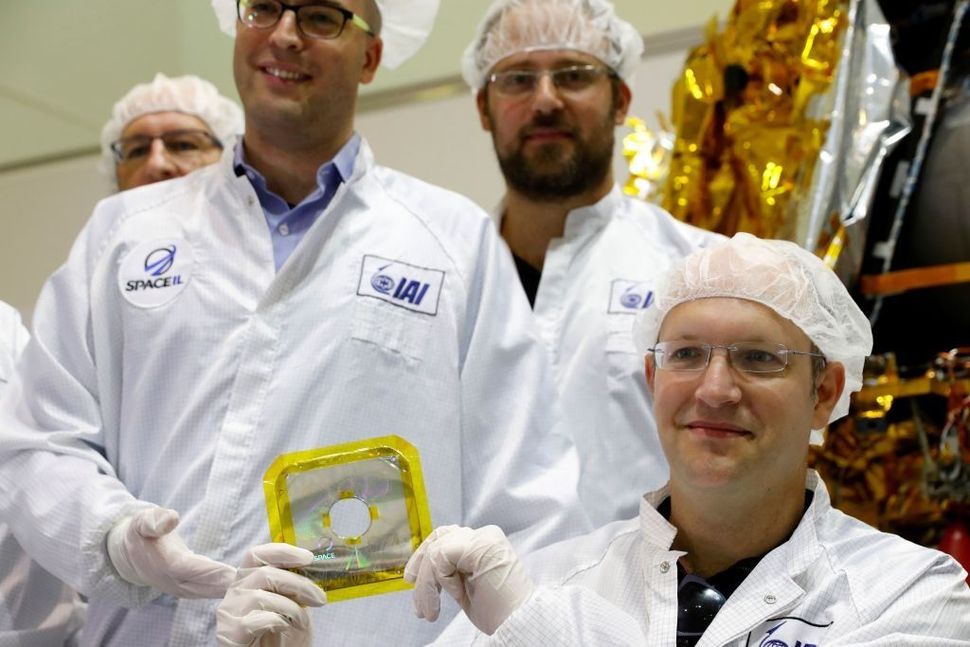 Just two years before the 39-year-old electronic engineer made history on Thursday, bringing an Israeli spacecraft to the moon, he was injured so severely in a skiing accident that he was paralyzed from the waist down. “No worries,” he told his friends at the time. “First, we’ll put a spacecraft on the moon. Then, we’ll fix my legs.”

Bash, Kfir Damari and Yonatan Winetraub, together the founders of Israeli non-profit SpaceIL, consider themselves “proud geeks.” Drinking at bars in Tel Aviv, they wondered, “Why not get to the moon?” Determined to make their country the fourth ever to land a space craft on the moon, they worked since 2011 to build, fund, launch, and land “Beresheet,” with funding from Israel Aerospace Industries, and private donations from South African-Israeli entrepreneur Morris Kahn, Canadian-Israeli real estate mogul Sylvan Adams and American casino mogul Sheldon Adelson.

Sound fancy? Beresheet is the least costly spacecraft in history to make it to the moon, at $100 million.

But on Thursday, Beresheet crashed. After a mostly smooth two-month journey, as the spacecraft was just ten kilometers from the surface of the moon, the spacecraft suffered an engine malfunction and went into an uncontrolled descent, crashing on the moon’s surface.

“We’re on the moon, just not how we wanted,” came a message from the Beresheet control room.

It may be a small step for man, but it’s a pretty big leap for Israel — the first privately funded spacecraft to ever reach the moon, the fourth in general, the cheapest, and, of course, the only one created all by Jewish scientists.

Plus, we think Bash, Damari, and Winetraub may be able to shake this disappointment off. The three men are all still in their 30s. Damari is co-founder of Metapacket, a high-tech security firm for corporations.

Winetraub, who has trained with NASA, helped SpaceIL develop an educational program that has reached 1 million children. “We live in an era when these kids are going to be able to make their own rocket ships, or solve global warming, or clean up the oceans or whatever it is that they want to do,” he told From the Grapevine. He’s determined for the technology “to catch up with their dreams.” Oh, also, he’s getting a PhD at Stanford, working on a method for earlier cancer detection.

And Bash? Bash is the CEO of Flytrex, which he hopes to use “to make drone delivery ‘as easy as using your iPhone.’”

The three men aren’t too defeated. As they like to say, “Apparently, it is rocket science.”