Nadler: Trump Has No ‘Moral Authority’ To Slam Omar Over 9/11 Comments 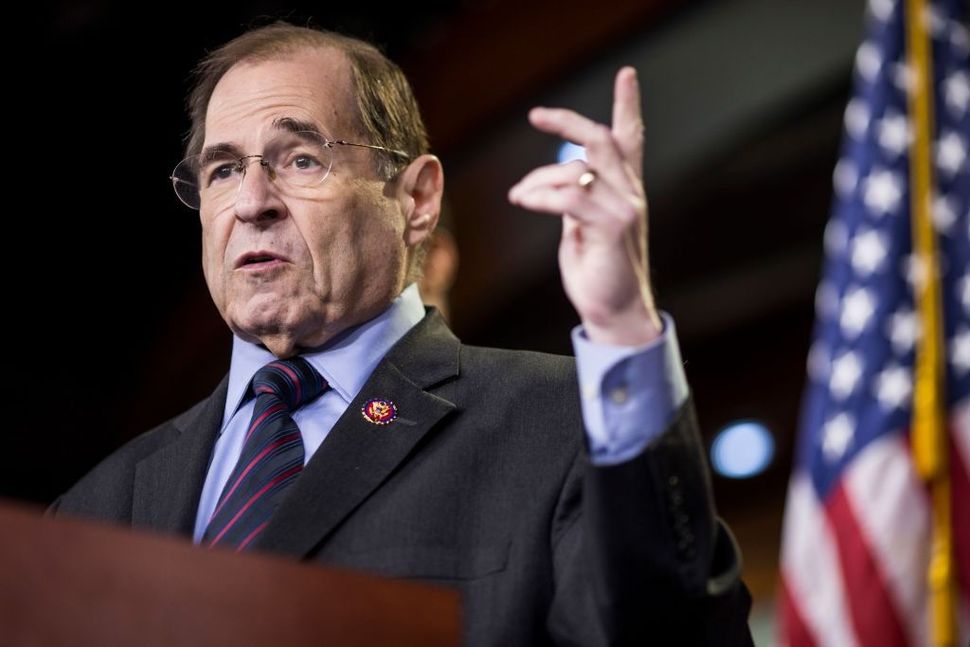 House Judiciary Committee chairman Jerry Nadler said Sunday that he had no problem with Rep. Ilhan Omar’s recent controversial comments about the September 11, 2001 terror attacks, and that President Trump had no “moral authority” to criticize her for them.

Nadler, whose New York congressional district includes the World Trade Center, was asked by CNN’s Jake Tapper on Sunday whether he took issue with Omar’s recent remarks to a chapter of the Council on American-Islamic Relations, when she said, “CAIR was founded after 9/11, because they recognized that some people did something and that all of us were starting to lose access to our civil liberties.” The “some people did something” line led conservatives to accuse her of minimizing the attacks, while many Democrats argued that the criticism took her words out of context.

Nadler told Tapper he didn’t take an issue with her comments. “She characterized it only in passing,” Nadler said. “She was talking about discrimination against Muslim Americans. And she just said that, after that happened, it was used as an excuse for lots of discrimination and for withdrawal of civil liberties.”

“I have had some problem with some of her other remarks, but not that one,” Nadler continued. In February, Nadler joined many other Democratic leaders in criticizing Omar’s comments about political support for Israel, which many felt echoed anti-Semitic tropes. Omar later apologized for those remarks.

Nadler went on to tell Tapper that President Trump, who posted a Twitter video splicing the “some people did something” line with footage of the attacks, did not have the right to take the high ground in this case. He said that The Trump Organization had received a $150,000 grant intended to help small businesses recover from the disaster. “He stole $150,000 from some small businessperson who could have used it to help rehabilitate himself, and that’s why we appropriated it, why I got Congress to appropriate that money,” Nadler said. “To use it for his own small business of 40 Wall Street, he has no moral authority to be talking about 9/11 at all.”

Omar later tweeted out a transcript of Nadler’s conversation.

Nadler has been a very harsh critic of the Trump administration, though he has thus far refused to initiate impeachment proceedings against him. The Washington Post reported last month that Trump and Nadler feuded for decades over real estate issues, often in highly personal terms.

Nadler: Trump Has No ‘Moral Authority’ To Slam Omar Over 9/11 Comments