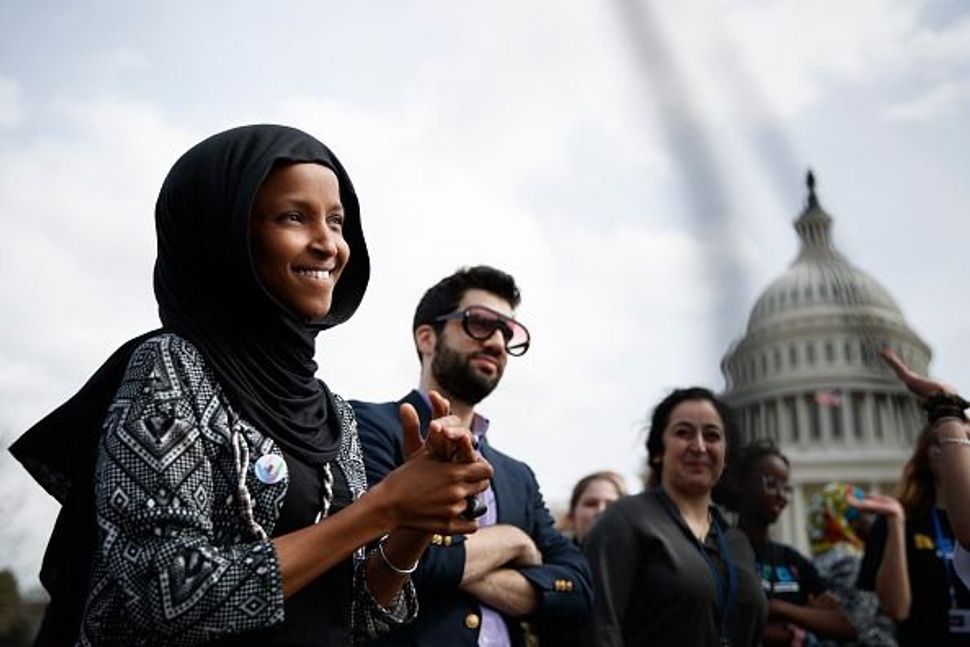 Representative Ilhan Omar was targeted by a bomb threat at event in Los Angeles, where she was speaking on Muslim-American civil rights, celebrity news site The Blast reported.

The Minnesota congresswoman was scheduled to be the featured speaker at a banquet for the Council of American-Islamic Relations on March 23. Days earlier, on March 19, a woman called the Hilton Hotel, where the event was held, from a blocked number, threatening to bomb the hotel for allowing Omar in, according to court records obtained by The Blast.

A Los Angeles Police Department officer was called onto the scene and listened to the voicemail, according to the police report. It said: “What would you do if I told you your hotel was going to be bombed. That is exactly what’s going to happen if you allow the likes of Ilhan Omar into your hotel. She is a danger to American society and your hotel. You are not to allow her foot into there if you value your own safety. Do not allow her in there. Cancel the event.”

Omar still spoke at the event. LAPD investigators plan to extract the cellphone information from the call to find the suspect.

Dozens of protestors arrived at the hotel on the day of the banquet, The Blast reported. Omar has been criticized for various statements that have been called anti-Semitic. In February, she said she believes that AIPAC bribes politicians to be pro-Israel. A few weeks later, she made a comment that appeared to Jews of possessing dual loyalties. It all came about a month after a 2012 tweet resurfaced, in which she wrote “Israel has hypnotized the world” during the war with Gaza. She has since apologized for her remarks.

“Anti-Semitism is real and I am grateful for Jewish allies and colleagues who are educating me on the painful history of anti-Semitic tropes,” she wrote in a statement regarding the AIPAC controversy.