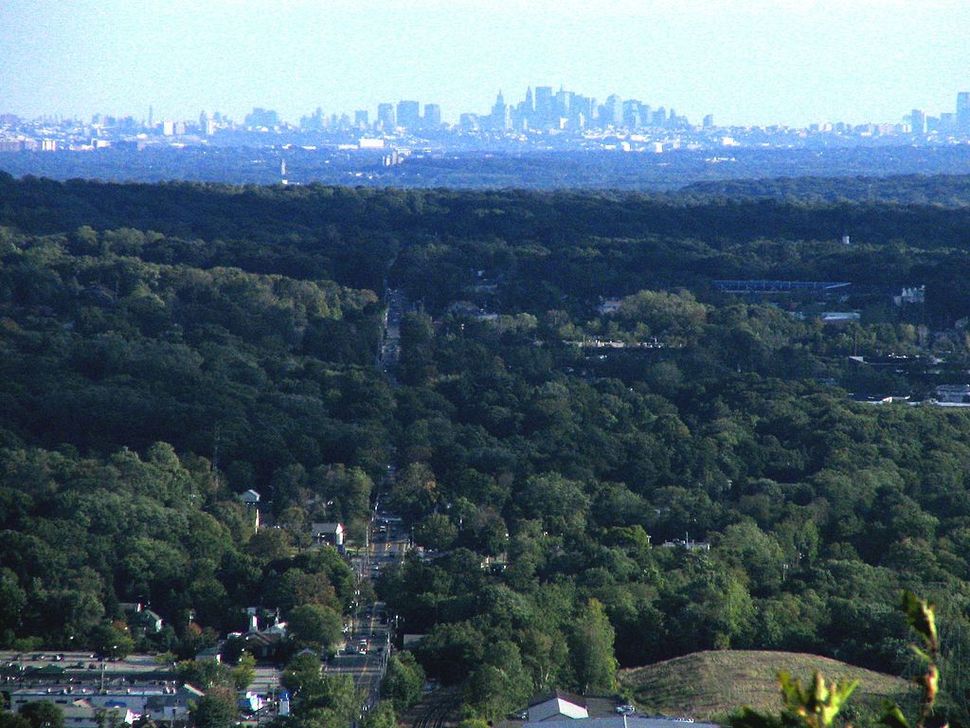 Mahwah has been an antagonist of a local tribe — the Ramapough Lenape tribe — for decades, according to the tribe’s chief, Dwaine Perry. The current suit concerns millions of dollars in fines that the town has handed down on the Ramapough for their use of land in the area for gatherings and ritual ceremonies. Last month, the Justice Department said that Mahwah had “significantly chilled Ramapough’s use of the land for religious purposes,” violating federal law.

Perry spoke to the Forward in November 2017 for a story about Mahwah’s targeted zoning rules, which focused in part on limiting a nearby Jewish community’s ability to put up an eruv, which would allow them to push strollers and carry things on the Sabbath. (The town has since scrapped the eruv ban.) Another ordinance prevented people who weren’t Mahwah residents from using the town’s parks. At the time, Perry called the ordinances “anti-Semitic BS.”

“It’s the same old racist pattern they’ve been putting on the tribal peoples since I can remember,” he said.

Other Ramapough tribe members said that they also felt common cause with the Hasidic communities in the area.

“As someone who has lived in Mahwah for many years now, and as a Ramapough from the tribe, I feel that this is straight, end-of-story racism,” said Amelia Martinez, who then worked for the New York, New Jersey Indian Council for Employment and Training. Martinez, who said she has worked in Hasidic homes as a nurse’s aid, said she had seen Hasidic families disrespected in local parks and asked to leave.

Perry noted that the Jewish community at large has been more able to advocate for its needs than native communities in the United States. While the Hasidic communities in the Hudson Valley area, which are spreading into northern New Jersey, are often insular, Perry said that he has made some connections through his hat maker, who also makes hats for Hasidic Jews.

“I think my hat looks better,” Perry said. “I got eagle feathers.”