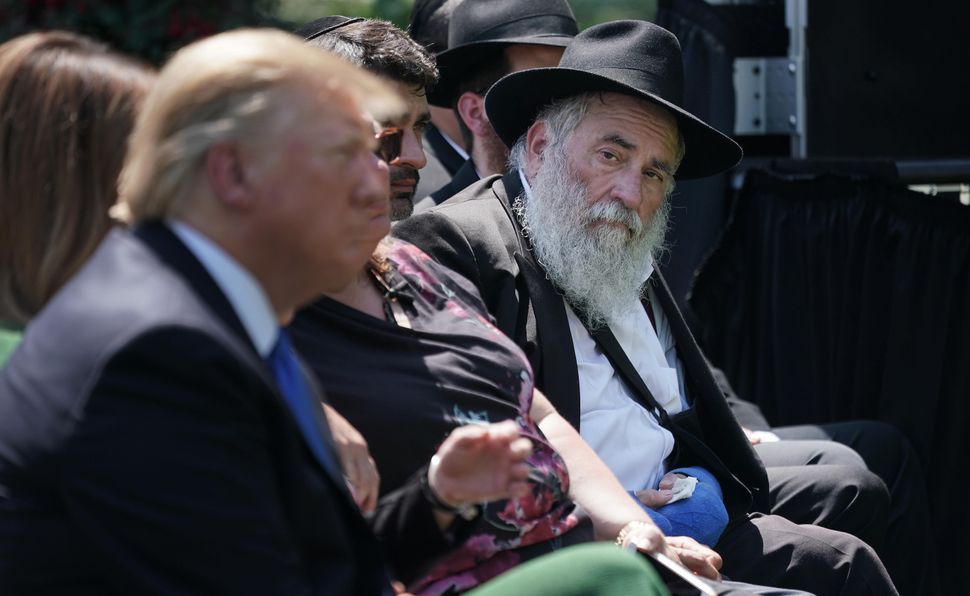 Rabbi Yisroel Goldstein, the rabbi of Chabad of Poway who survived the shooting at the synagogue, visited the White House Thursday for the National Day of Prayer, RNS reported.

Goldstein called Trump “a mensch par excellence,” and spoke about how amazed he was to still be alive after the shooting, saying that he should have been dead, “based on the rule of statistics.” He also remarked on the place of prayer in public schools.

“Many have asked me, ‘Rabbi, where do we go from here?’” he said. “If something good can come out of this terrible, terrible horrific event, let us bring back a moment of silence to our public school system.”

Goldstein also praised Trump for calling him in the wake of the shooting.

“Mr. President, when you called me, I was at home weeping,” he said. “You were the first person to begin my healing.”

“I can assure you at a time when religious belief is often marginalized and even ridiculed, in this White House under this president we believe in prayer,” Vice President Mike Pence said.